When Gronkowski retired after nine seasons with the New England Patriots, fans weren’t sure when or if he would be back. But thanks to CBD, he’s back on the field.

Gronk attributes his decision to return to football to his use of CBDMEDIC. Gronk states, “I left the game last year after realizing that my body had taken a beating and needed to recover. I’ve taken the recovery process seriously and CBDMEDIC has played a big role in my recovery. Now I’m glad to share that I’m back in the game!”

Gronk is now partnered with Abacus Health Products, the company behind CBDMEDIC, repping their assorted topical creams and sprays. He says he uses CBD Medic mostly to recover from workouts and swears by it.

If it had been legal when he was playing for the Patriots, he says he would have used CBD to treat body pain. “It would have been huge – I would have used it for my sore muscles, shots to the body, areas that are not feeling so good but you still gotta go play.”

After nine seasons in the NFL and nine surgeries, Gronk now claims that he is “pain-free” for the first time in more than a decade, and he credits CBD for helping him get there. He states that the “products have changed [his] life” and are a huge reason he was able to get back in the game. Bas Rutten, lovingly known as El Guapo, is another major advocate for the use of CBD in sports. Rutten, retired mixed martial artist, is known best for being a UFC Heavyweight Champion, three-time King of Pancrase world champion, and for finishing his career on a 22 fight unbeaten streak.

After his successful career in the MMA, Rutten has become a huge proponent of CBD for keeping his mind and body in check. He is partnered with popular CBD brand FOCL as a brand ambassador.

Being a former MMA fighter, Rutten is conscious of the quality of ingredients and what he puts in his body. Like many pro athletes, Rutten deals with chronic pain from his many battles in the octagon. Rutten says he chose to partner with FOCL after trying their topical relief cream and CBD drops and seeing incredible results.

Now he has incorporated CBD into his daily wellness routine and thinks of these supplements as “a natural way to help my mind relax and my body recover.”

“Aches and pains are a souvenir from my years as a mixed martial artist, and the ritual of using FOCL CBD drops to ease the aches and pains has been a lifesaver.” After years in the sports world, Rutten swears by CBD for optimal recovery and performance. 2x World Cup Champion, 2019 Fifa’s Best, and Gold Medalist, Megan Rapinoe knows a thing or two about recovery, and has been a longtime supporter of CBD for relief.

Her sister, Rachel Rapinoe, is the co-founder and CEO of Mendi, a CBD brand built by and for athletes. The brand was founded to empower people to live their best lives by improving their overall wellness, using the power of the cannabis plant. Rapinoe states, “I just absolutely think that CBD as an alternative can help athletes be the best that they can at their craft.”

In her own experience, “the different products have allowed [Rapinoe] to recover from lack of sleep, stress, inflammation, and pain to name a few.”

Playing for the National Women’s Soccer League as well as the United States national team, Rapinoe noticed the effects that CBD could have on athletes for pain relief early on. Now Megan Rapinoe is an athlete ambassador for Mendi and helps with creative direction of the brand.

Rapinoe reps the entire brand. She uses Gel Caps to balance anxiety and manage chronic pain, gummies after training for recovery, and applies the Salve Stick and Massage Oil in the evening to target sore muscles. Golden State Warriors star player, Klay Thompson, has teamed up with other major athletes (Alex Morgan, Travis Pastrana, and Paul Rodriguez) to launch their own CBD brand called Just Live, making Thompson the first active NBA player to have their own CBD brand.

At the core of the brand is the hope of providing athletes with a natural alternative to painkillers for sports recovery. Three-time NBA champion and five-time All-Star with the Warriors is a strong believer in natural forms of recovery and pain relief over “painkillers that only temporarily numb the pain yet have long term side effects on my mind and body.”

Thompson believes in CBD as a natural way of healing and notes that “other sports guys are dependent on alcohol, opioids, or painkillers or some type of drug that doesn’t often help. You can take [CBD] naturally… as a great natural way to relieve pain and enjoy a nice night of sleep.”

Klay is a strong advocate for sleep and believes that getting a good night’s sleep allows the body to recover better. With the help of CBD, Klay is able to sleep better and recover quicker so he can perform better.

The goal of Thompson’s CBD brand is to: create global awareness around a natural way to live your life healthy and free of pain. One of the biggest names in gymnastics is also an advocate for CBD as a form of recovery for athletes. Three-time Olympic Gold medalist, Douglas partnered with CBD brand Motive CBD.

Douglas swears by Motive CBD, with their line of CBD products designed to help athletes train, perform, and recover from intense physical activity. Alongside Douglas, several other professional athletes have partnered with Motive CBD, including skiing legend Bode Miller.

Douglas states that her experience with CBD have “led me to believe that I could have been more pain free throughout my gymnastics career if CBD had been allowed. Since her last stint in the 2016 Olympics, CBD has been taken off of the list of prohibited substances by the World Anti-Doping Agency.

Douglas acknowledges that she is “glad that athletes across all Olympic sports will now have the opportunity to use these products and hopefully experience their benefits.” 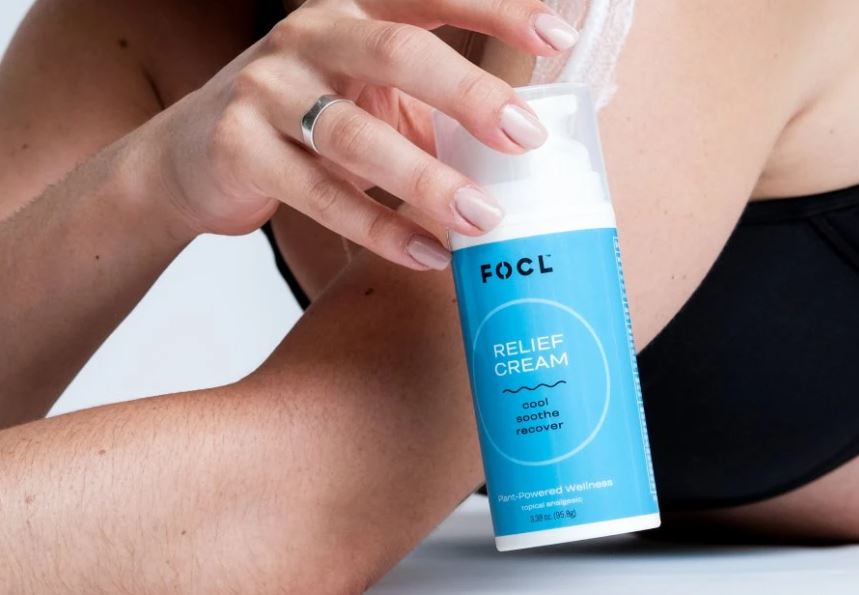 The 10 Best CBD Topicals On The Market