Surrogate pregnancies are extremely common as they benefit everyone involved. For a surrogate that is a stranger to an individual or couple that wants a baby, it usually comes with a good amount of money. In some situations, the surrogate is doing a favor for someone they love that cannot carry a child. Either way, it is always a win-win situation, whether it be for the money or for the satisfaction of helping a loved one.

“Surrogacy, unfortunately, is not an affordable option for everyone. The costs for the whole process — including IVF and compensating the surrogate — can range from $50,000 up to $200,000. But as Dr. Ryan Martin of Shady Grove Fertility explains, the cost of transferring an embryo is not expensive; the cost is more so for paying the carrier to carry the pregnancy,”

“The doctors give these carriers the medicines that they would need to take — two weeks of estrogen, as well as progesterone — during the process, to make sure that the lining of the uterus responds appropriately before the real transfer happens. We try and thicken the lining of the uterus up like it would during a normal cycle,” Martin said. “The goal of this mock trial is to see if the uterus responds appropriately and to make sure the surrogate doesn’t have any problems,” according to thecut.com.

According to surrogatemothersolutions.com, “There are a couple categories of surrogacy, and those are the gestational route and the traditional route. The gestational carrier will become pregnant through a process known as in vitro fertilization. The parents-to-be might give the egg and sperm, or even a donor egg and sperm can be employed. In the gestational method, the surrogate will not be genetically linked to the child.”

One surrogacy experience in particular has been making headlines, as it did not turn out the way anyone involved had expected. With absolutely shocking DNA results, even doctors could not believe what they had discovered.

Jessica Allen was presented with an opportunity to make some money while performing a good deed for a couple in need. Allen was a surrogate for a wonderful Chinese couple that was seeking help in creating their child. No one could have imagined how their plan turned out. While Allen carried the surrogate baby, she followed all the correct steps to give birth to a healthy baby. When she found out she was pregnant with twins, she contacted the couple that had hired her and they were ecstatic to meet their child. That was until they discovered the truth about the pregnancy. After nine long months, Allen finally delivered the beautiful twins. Allen was allowed to spend an hour with the twins so that she could bond with the lives that grew inside of her. While she was bonding with the babies, she noticed something a little bit strange. Later that night, Jessica Allen was presented with a picture of the twins that she gave birth to. She then realized that the situation was a little bit odder than just incompatible skin tones. One baby seemed to be 100% Chinese and the other did not seem to be Chinese at all. These identical twins seemed far from identical. According to people.com, attorney Matthew J. Faust sent a letter to the New York Post stating, “As with any pregnancy, issues do arise which require great care, attention to detail and respect for the process and the emotions of all involved. O.F.G. has worked exceedingly hard to meet those needs in the past and will continue to do so.” Weeks later, Allen received a text message from the Chinese couple stating that they felt like one of the babies did not belong to them. While this was nearly impossible, Allen quickly responded as she had been pondering the thought for weeks. They knew something was off but they never expected how the situation would actually turn out. After days of back and forth between Jessica and the couple, they decided to get a DNA test done for the twins. They really weren’t sure what to expect at this point, but they figured they would at least try to get to the bottom of it. When they received the results, they were blown away. The DNA results showed that one of the twin babies was actually the biological son of Jessica Allen and her husband, Wardell Jasper. When they heard the news, no one really knew where to go from there. While this was a crazy miracle, things began getting a bit messy. Allen reports to have followed the rules of being a surrogate to a tee. She was not allowed to have sex with her husband until after she was declared pregnant. However, this was an extremely rare case where Allen continued ovulating while pregnant. Everyone was absolutely shocked. “I was completely in shock. I was panicking. My husband and I were panicking,” Allen tells People Magazine. “We had no idea how this came about and we had no idea how we were going to prepare for a child overnight. We just moved into a new house, we didn’t have any more money.” Although they were nervous about the outcome of this shocking event, they were overjoyed to realize that they had brought their own child into the world without even realizing it. Just when they started getting excited, they thought that everything might be ripped away from them. Jessica Allen and her husband Jasper were ready to take their baby boy, Malachi, home. After days of shock and excitement, they were overjoyed that the day had finally come. Unfortunately, they received a disturbing call from their lawyer. They never expected that such a joyous situation would turn into such a nightmare. When the couple received a call from their lawyer, they expected that they would just be touching base and following up on the situation at hand. To their surprise, the couple that Jessica had given birth for were asking $22,000 for their biological son, Malachi. No one could believe the bumpy road ahead. Allen told People, “I thought I wasn’t going to get him back because they were pressuring me to pay this money back first. Then, they were saying that the intending mom was thinking about giving him up for adoption.” The couple was understandably very devastated as they were extremely low on money. “I thought I had a child out there that I was gonna be forced to let go of all because I couldn’t buy him or because I couldn’t adopt him. They wanted me to buy or adopt my own child.” Through the devastation, they fought as hard as they could to find a reasonable compromise for this terrible trade offer. Jessica Allen has stated that there was more to the story than it had seemed. She was told that the couple was being greedy and asking for $22,000 for her own child, but later on in the case, she had discovered there was a lot beneath the surface that led to this request. Apparently, the couple that hired Jessica Allen to give birth to their baby was being manipulated by their lawyer. Their lawyer had been feeding them lies about Allen trying to sue her because she had custody of her child. When reports got out, it was clear that Allen never mentioned suing anyone, she just wanted her baby boy. Allen told People, “We tried to get him on numerous occasions, but one excuse they gave us was the intended parents didn’t want to sign over the power of attorney, so we didn’t get him,” Allen says. “We got another call and we were supposed to get him, then we didn’t because they were thinking about giving him up for adoption.” Jessica and her husband finally gained custody of their boy, Malachi. They are extremely frustrated with the system as they still battle with complications and financial suffering. Although this situation has made their lives significantly more difficult, they would not trade it for the world. They finally feel like their family is complete. 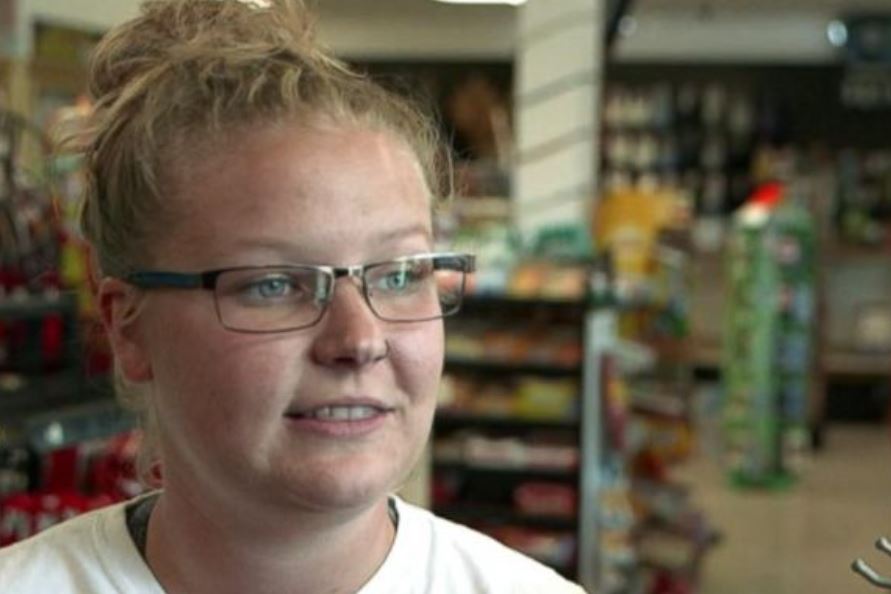