Richard Jenkins had an extremely unfortunate childhood. He grew up staying in homeless shelters, hospitals and motels with his family. While he didn’t ever get to have what most kids his age did, he managed to stay positive and use his misfortune to push him in the right direction.

Jenkins was always embarrassed about his situation growing up. He has stated that he had to hide things from friends or lie about his living situation in order to feel accepted. Being homeless is never easy for anyone, especially at an age where peers are more prone to judge.

Always being extremely passionate about growing out of this lifestyle, Jenkins worked hard to get there. He always wanted to grow into a successful future and branch out from his unfortunate childhood. Amidst the constant moving around and struggling as a child, Jenkins stayed strong and continued to work hard.

Many people believe that growing up in the projects, growing up homeless or any other misfortune means that a person has no chance of success in his/her future. Although it is easier said than done, Richard Jenkins’ story that this notion simply isn’t true.

This story is an extreme boost of motivation that everybody needs. Instead of using his unfortunate childhood as an excuse to fail, Jenkins rose above and let it motivate him instead. It is easy to let being dealt a weak hand get in the way of working hard or succeeding. Many people will take any negative aspect of their life and let it control their destiny.

As this inspirational story makes clear, Richard Jenkins is not one of those people.

From a very young age, Jenkins knew that he would eventually like to have a family. As he grew older, he began to really think about his future. He refused to raise his future family into the homeless life that he was brought into. He was definitely on the right track. Jenkins says that he was always made fun of as a kid for speaking properly. His mother always taught him to use correct grammar, punctuation, etc. Because of where he lived, people claimed that he was too proper. His peers told him that he sounded “too white” because he didn’t speak slang like everyone else. Speaking with CNBC News, Jenkins recounted, “In the sixth grade, one time I was walking from school with my friend, and he was asking me where I lived. The shelter looked like a big house — it could have been a mansion. So I told him, ‘Yeah, that’s my house right there,’ because I was so embarrassed to say I lived in a shelter.” He continued to say, “That’s when I realized I’ve got to buckle in, because I can’t have my potential kids going through what I’m going through now,” The more he saw himself keeping secrets or lying to his friends about his housing situation, the more he pushed to escape that lifestyle. In middle school, Jenkins really began to go above and beyond to be the best he could possibly be. One step at a time, Jenkins fought to learn as much as he possibly could. While other children were following the average curriculum and living normal lives, Jenkins was reaching for the stars.

In middle school, he attended a non-profit after-school program called Mighty Writers that helps students with their writing skills. With this program, Jenkins began climbing the ladder of education and started showing real intellectual promise. This is when Jenkins’ future started to get very serious. With the help of the Mighty Writers, Jenkins began applying to very competitive high schools. The schools he applied to were extremely selective, making this process very stressful for him. Through the stress, he carried on and hoped for the best. Unfortunately, he was in for a devastating surprise. Jenkins was so stressed with his school work on top of surviving a homeless lifestyle, he had constant, severe migraines. These migraines were so bad he actually ended up in the hospital for weeks at a time. Just when he thought things couldn’t get any more stressful, his stress doubled. Through Jenkins’ constant stress and migraines, he found out that his father suffered a heart attack. Just when his stress seemed to be maxed out, he was hit with this giant bomb shell. However, Jenkins did not let this stop him. He continued to get his work done and work as hard as possible. “I was eventually able to fight through it and get my work done because, at the end of the day, that was what was the most important to me,” he told CBNC News. It is very clear that Jenkins’ determination was truly one of a kind at this point in his life. After endless days of extreme hard work, Jenkins was accepted into Girard College. This is a full scholarship boarding school for intelligent students with difficult living situations. Jenkins was ecstatic to be accepted into this very selective high school as it was truly the gateway to his successful future. While Jenkins was at Girard, he was absolutely thriving. For the first time, he could physically see all of his hard work and dedication paying off. He received straight A’s through his four years, took a bunch of awesome college classes, and earned an internship at a tech start-up. When it came time for graduation, Jenkins was named class valedictorian. After his constant hard work, stressful days, consistent dedication and perseverance, Jenkins was ecstatic. However, his amazing success did not end there. Jenkins had applied to many different schools as graduation approached. He even applied to a few Ivy League schools including Harvard, Yale and the University of Pennsylvania. After his applications were sent, it was a waiting game. All of his extreme hard work had led up to this moment. Jenkins was rejected by Yale and was waitlisted at the University of Pennsylvania. The last letter he was expecting was from Harvard. While the chances were slim, he was extremely hopeful. When he read his acceptance letter from Harvard, he was so excited he actually threw his phone. He was accepted with a full ride. “I’m most excited about the opportunity to expand my knowledge, because there’s so much history inside Harvard’s halls and so many people from different backgrounds, and I think it’s the perfect place to cultivate a mind,” he told CNBC News. He continued to say, “My drive comes from just wanting to see myself and my family be in a better situation and I do think drive is important for everybody, but what’s more important is that once you find what it is that you want, you have to keep working for it. People may think that they’ve done enough, but it’s never enough.” Through his experience, Jenkins has many suggestions for cultivating success through education. He mentions that he believes communication between teachers and students is extremely important. Many kids fear opening up with questions while in school, which is a crucial mistake. Jenkins states that communication while learning makes a huge difference. Jenkins will be majoring in Computer Science at Harvard. He plans to invent a “more intuitive Siri.” He wants to spread his message that no matter how hard life can seem, anything is possible. If we can just push through our misfortunes and stay motivated, we can create any life we desire. 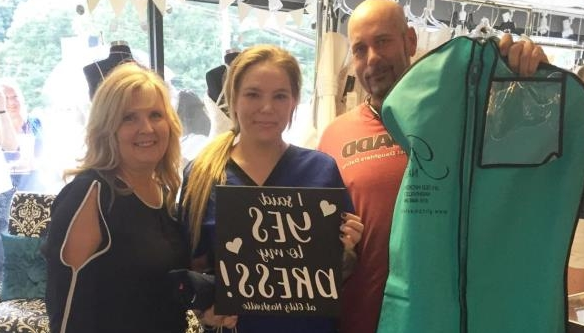