Human trafficking is a scary thing. All over the world, innocent boys and girls have been snatched from their homes in order to be exploited for money. It’s a horrible practice — and one which sadly continues today. The scary thing is that it can happen right under all of our noses. A casual trip to the supermarket — or even the movie theater — may involve walking past someone caught in a horrible situation.

Throughout the course of everyday life, one normally wakes up, goes to work, comes home, goes to sleep, and starts the cycle over again. Days can be rather uneventful — or even boring in some cases. For flight attendant Sheila Fedrick, her profession doesn’t change very much.

Fedrick takes part in the usual tasks on the plane. Everyone knows what a flight attendant does. She works with customers to ensure a safe flight, as well as providing refreshments and a positive attitude.

One day, she noticed something extemely strange on a flight from Seattle to San Francisco. Following her gut, Fedrick acted quickly and uncovered what turned out to be a horrifying discovery.

Alaska Airlines flight attendant Sheila Fedrick was having a normal day at her job. A 10-year veteran in the industry, her bright smile and terrific personality made all customers feel welcomed. The short flight from Seattle to San Francisco was only scheduled to be a two hour flight. However, for one passenger, this voyage seemed far longer (and scarier).

Part of Fedrick’s job includes welcoming customers onto the plane. By attending to everyone’s personal needs, the flight will run much smoother for both the crew and the travelers. Upon walking down the aisle, Fedrick spotted something very peculiar. During the usual on-board stroll down the plane, Fedrick noticed a young woman appearing to be a teenager. She sat alongside a much older man. Normally, this wouldn’t be a huge cause for concern. However, the girl’s appearance told another story. The man sitting next to the teen was dressed very nicely — almost as if he was a businessman traveling on a quick business trip. The girl, on the other hand, looked disheveled with greasy blonde hair. This wasn’t the only weird thing Fedrick noticed about the teen. In an exclusive interview with NBC News, Fedrick gave a first-hand account of what the girl looked like:

“The bruises that I saw on her, her appearance, her demeanor. I knew something was just not right. [She] looked like she had been through pure hell.”

At this point, Fedrick didn’t exactly know what to do. A sense of worry surely crept into her mind. The face of this young girl sat emotionless as she looked out from her window seat on aisle 10 of this plane. Something had to be done. Eventually, Fedrick put a plan into action.

Fedrick decided to engage with the man and young girl. By doing so, this could ease any concerns and/or pre-conceived notions Fedrick may have had on the two travelers. Upon trying to speak with the teen, the older man acted in a surprising manner.

The teenager wouldn’t make eye contact with Fedrick — nor would she speak to the flight attendant. Upon Fedrick trying to engage, the man instantly became defensive. He essentially would not let her answer Fedrick at all. At this point, Fedrick decided to try and help the young girl with a sneaky plan. Later on in the flight, Fedrick managed to convince the girl to visit the bathroom by whispering the request under her breath. It was a skilled sense of ability, considering the man’s mean personality from earlier on. As the teenager entered the bathroom, she noticed a small note pinned to the bathroom window. Fedrick deemed the situation to be an emergency. She did not want to alert the man of her plans. Taking a small piece of paper, Fedrick penned the question “Do you need help?” She then wrote her phone number at the bottom of the page. Upon seeing the message, the teen wrote a response back to Fedrick. When Fedrick went back in the bathroom to check the note, she instantly became terrified. Using the pen Fedrick had left for her in the bathroom, the teenager replied on the back of the note that she indeed did need help. From here, Fedrick was quickly forced into action. Fedrick burst into the pilot cabin and immediately notified the pilot of what was going on. Acting quickly, the pilot then contacted the police from 30,000 feet in the air. At this point, it was up to the San Francisco Police to leap into action as soon as the plane landed. As soon as the plane landed, local police were waiting for the man in the airport terminal. He was promptly arrested by the authorities. From here, the girl was saved. However, as the story unfolded, Fedrick realized the girl was in worse danger than she could’ve ever imagined. It was revealed that the teenage girl was indeed a victim of human trafficking. Due to Fedrick’s quick thinking, she very well could’ve saved the young girl’s life. At the very least, Fedrick saved her from entering a scary and highly dangerous world.

In a news interview, Fedrick spoke about the harrowing challenges faced by the young girl. She also offered some personal perspective on how situations like these could’ve popped up in the past without her knowledge:

“I’ve been a flight attendant for ten years and it’s like I am going all the way back to when I was in training. And I was like, I could have seen these young girls and young boys and didn’t even know. If you see something, say something.” While the topic of human trafficking isn’t spoken about too much in the media, it’s turned into a serious problem. In 2017, an estimation of 50,000 women and girls were trafficked into the United States for prostitution. Additionally, US Immigration and Customs Enforcement arrested 2,000 human traffickers and identified 400 victims. Credit Fedrick with acting upon her intuition. Clearly something was wrong, and she took action to help improve the situation. Fortunately for the teenage girl, her life was saved by the act of a tremendously wonderful woman. As a result of Fedrick’s deed, the teenage girl has embarked on another journey. Six years after this incident took place, the teenage girl — now a grown woman — attended college. Remembering Fedrick’s phone number from that fateful day, the two have kept in touch over the years. The bond from such a crazy day surely will last for a long, long time. Without question, the story involving Sheila Fedrick and this young woman is absolutely fascinating. Acting on her instincts, Fedrick beautifully portrayed the role of a concerned citizen. Her benevolence aided in saving this woman from venturing down a wicked path. 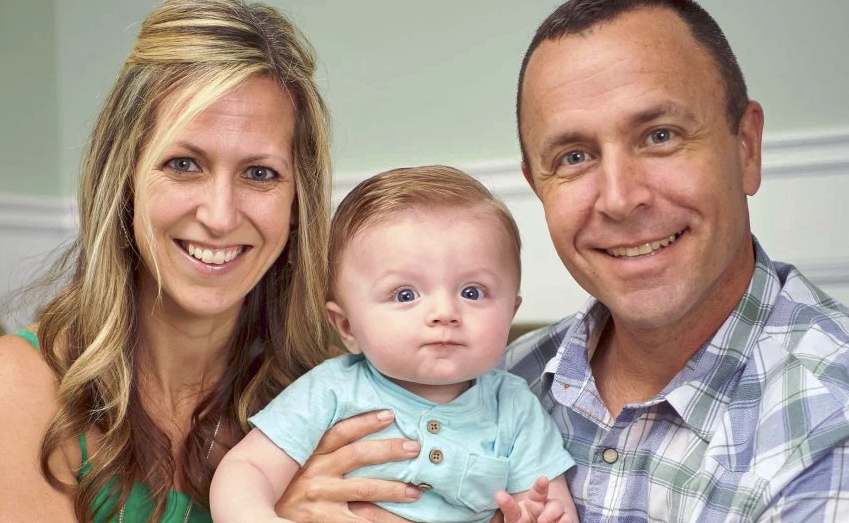