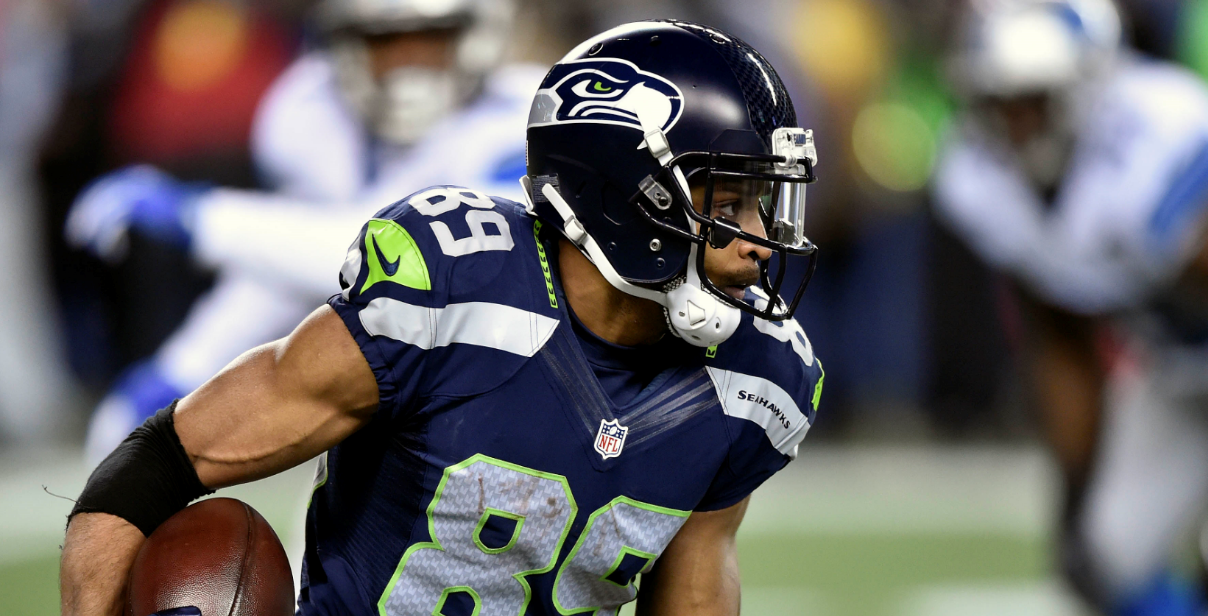 There hasn’t been a better player in fantasy over the last half-decade than the Steelers’ star wide out. Brown has finished as the No. 1 overall receiver in fantasy scoring over the last three years, consistently stringing together stellar performances. You know touches won’t be an issue with him. Brown has averaged 174 targets per game since 2013.

With Ben Roethlisberger under center, Brown is virtually unstoppable as defenses are unable to contain all of Pittsburgh’s playmakers. And contrary to his All-Pro teammate Le’Veon Bell, Brown rarely misses games. A healthy scratch from last season’s Week 17 tilt against the Browns was his first missed game in four years. Brown has been so good over that time that you could have just taken his averages in that span (120-receptions/1,578-yards/11-touchdowns) and he still would have led all receivers in fantasy points last season by a fair margin. Since we talked about the No. 1 receiver in fantasy last year, we may as well pay some respect to the guy that finished just three points behind him in the No. 2 spot in 2016. Nelson returned from a serious knee injury with a bang, capturing the Comeback Player of the Year Award and helping the Packers reach the playoffs after a slow 4-6 start. Nelson played in all 16 games after missing the entirety of the 2015 season, and looked as spry as ever catching passes from Aaron Rodgers. He’s snagged a total of 27 touchdowns in the last two years he’s been healthy, and plays in one of the best offenses in the league. Points aren’t hard to come by in Green Bay, and Nelson is typically the one lighting up the scoreboard.

Baldwin built upon a strong 14-touchdown 2015 campaign by putting together his second straight 1,000-yard season and setting a career high in receptions (94). The Seahawks’ No. 1 wide out looked the part last year, taking on top cornerbacks and delivering on a nightly basis. A 13-reception/171-yard performance against Patrick Peterson and a 3-touchdown game against Malcolm Butler highlighted some of Baldwin’s best performances from 2016.

He’s done it against the best of the best, and also has the caveat of being able to play the lowly NFC West six times a season. A nice trend for Baldwin investors to see is that both his targets and QB Russell Wilson’s attempts have gone up every single year they have played together (five seasons). Baldwin is clearly Wilson’s favorite target, and the Seahawks’ top receiver has missed just two games in his entire six-year career. After finishing 2016 with the eighth most fantasy points among receivers, getting him in the third round is a bargain. Running backs in today’s era can hardly be considered as “safe picks”. Teams are constantly shuffling through several players in their backfield, and any sort of injury could cost a perceived bellcow their starting role. We could easily slot another receiver in this spot, but unless you snagged two running backs early, you’re going to need one in this range. Crowell is a bit of a high-floor/low-ceiling guy, but that’s what you need when looking for safe picks.

Other potential backs in the 4th round – namely rookies Joe Mixon and Dalvin Cook – may end up getting limited reps to no playing time at all. Crowell is the unquestioned Week 1 starter. Outside of Duke Johnson occasionally coming in during passing situations, Crowell should be getting a majority of the carries in the Cleveland backfield. The unheralded back had 238 touches last season (40-receptions) and produced a respectable 1,271 all-purpose yards out of it. He has impressively found the endzone 20 times through three years for the abysmal Browns, which is deserving of a statue outside of the team’s stadium. Aaron Rodgers is the early favorite to end the season with the most points among QB’s, but the Saints’ longtime signal caller won’t be too far behind. Brees is as consistent as it gets when it comes to fantasy production, finishing in the Top-6 at his position in each of the last eleven years. He’s thrown for over 5,000 yards in four of the last six seasons (the other two he had were 4,870 and 4,952), and hasn’t had fewer than 32 touchdowns in any of those years. He lost Brandin Cooks, but added Adrian Peterson and still has Michael Thomas and Willie Snead on the outside. As long as Brees is New Orleans’ QB, they’ll be chucking the ball down field plenty, and he’s shown no signs of slowing down at 38-years young.

Brees’ old teammate is poised for a big season as well. Seattle’s Jimmy Graham had a bounce-back year in 2016, recording 65 receptions, 923 yards and six touchdown catches. He was the second option on a team that went from 20th in the league the previous season to 10th in passing yards per game. Graham is a big red-zone target that will garner looks from Wilson down near the goal line. Like others on this list, Graham has a high floor, and his fantasy “bust” potential is small. He accrued a solid season last year while dealing with nagging injuries, so even a slight uptick in production from being healthier would mean Top-5 tight end numbers. Denver’s star-studded defense vastly outshines their rather pedestrian offensive attack. It’s certainly not the fault of the receivers though, as Sanders and Demaryius Thomas remain as one of the most talented duos in the league today. Sanders is currently going in the seventh round of drafts, and that’s no place for a guy that has put up three consecutive 1,000-yard seasons – the last two coming with The Ghost of Peyton Manning and Trevor Siemian. His ceiling isn’t great, but as your third receiver, all you’re looking for is somebody that can consistently get touches.

Sanders saw eight or more targets in 12 of the team’s first 13 games last year. The Broncos did their best to upgrade the offense, adding in veteran Jamaal Charles along with rookie receiver Carlos Henderson and tight end Jake Butt. They’ll be better on that side of the ball, and Sanders will be in line for another quality year. This is the point when a lot of owners are going to start throwing darts at the board hoping one of their late-round selections sticks. After an incredible 18-touchdown campaign last year, Blount enters 2017 a bit undervalued after leaving the utopian New England offense. He joins another squad that should be far improved on offense though, giving Blount the chance to put together a successful campaign.

Alshon Jeffery, Torrey Smith and a developing Carson Wentz have the chance to be special. Blount will thrive in short yardage situations. Philly has Darren Sproles in the backfield to take Blount out of obvious passing situations. With Ryan Mathews out of town, there isn’t anybody else that could cut into his carries. Temper your expectations in putting together an encore from last year, but Blount should certainly put up good enough numbers to warrant a spot in the lineup each week. The former Miami Hurricane just keeps chugging along. Gore just got done polishing off his 12th season in the league (all but one as a starter), and somehow managed to put together his ninth 1,000-yard rushing campaign. Don’t be worried about the yard per carry averages; Gore produces on sheer volume. He hasn’t missed a game in six years, and it doesn’t seem like the Colts are very interested in employing a running back by committee approach.

Gore is unchallenged at the top of the depth chart, starring as a three-down back that can be penciled in for 20-plus touches per game. At this point in the draft, it’s nearly impossible to find a starting running back that doesn’t share carries, and Gore is still pretty good at making plays when he gets the ball in his hands. He had 1,300 all-purpose yards and eight touchdowns for the Colts last year, recording more fantasy points than Todd Gurley and Lamar Miller.

If you listened to the earlier mentioned advice, your team would already have the extra safe Drew Brees manning the quarterback spot. If not, then quality starters can be found during the later rounds. Waiting on QBs is a classic tactic in fantasy football drafts, and that’s because you can find talent around this range. One year removed from his MVP campaign, Newton looks to bounce back from a less than stellar 2016 season.

The Panthers are doing everything in their power to provide Newton with the necessary weapons to succeed. Adding in draft picks Christian McCaffrey and Curtis Samuel will bolster an offense that already features Kelvin Benjamin and Greg Olsen. It’s the best crew Newton has had to work with in recent seasons – let’s not forget he had that incredible 2015 season with Ted Ginn as his best wide receiver. Even in an off year last season, Cam found a way to put up QB1 numbers as the 10th highest fantasy scorer among quarterbacks. He won’t get much worse than that.