With all of the hype surrounding running back Jordan Howard, the Bears threw a filthy curveball at fantasy owners by featuring rookie Tarik Cohen heavily in Week 1. Cohen totaled 13 touches on the day versus the Atlanta Falcons, and was targeted a team-high 12 times in the passing game.

Howard had 16 touches of his own, but it’s clear Cohen will play a part in this offense. He’ll also feature on special teams moving forward (Cohen had three punt returns in the loss). The North Carolina A&T product produced when he had the ball in his hands, showcasing nice burst and agility on his way to 113 total yards.

If a 0.7 total QBR wasn’t enough to scare you away from playing Dalton this week, I’m not sure what will. Dalton was a sneaky pick for teams that waited on quarterbacks in their drafts. However, up to this point, he looks like a shell of his former self behind a truly lackluster offensive line. He’s playing Houston this week — which is the worst possible team to play when you crumble against a pass rush.

When there are guys like Alex Smith, Sam Bradford and Carson Wentz on waivers, it’s best to let Dalton go free. Atlanta’s embarrassment of riches is bound to harm somebody’s fantasy value. Julio Jones and Freeman had quiet Sundays with TE Austin Hooper making the big splash on an 88-yard touchdown catch-and-run. Julio will always be the catalyst on this offense, and although Freeman will find ways to be productive, it’ll be difficult for him to fulfill his late-first/early-second round fantasy value.

He out-touched Tevin Coleman by just two. Don’t forget, Mohamed Sanu and Taylor Gabriel will get their looks as well. With how much the Falcons have leaned on Freeman in the past, new offensive coordinator Steve Sarkisian could look for the younger, fresher Coleman to spell him in red-zone situations.

Freeman has the bigger name in the backfield, and could fetch a hefty sum if the right trade partner can be had.

Allen entered the year as the team’s third-string running back, but could see extended playing time with Danny Woodhead suffering an injury in Week 1. Woodhead was the team’s primary receiving back, which will be the role Allen fills in for during his absence. A 45 reception-year in 2015 proves that Allen has the ability to catch passes out of the backfield.

The Ravens will lean on ball control and their terrific defense to win them games. This is evidenced by the 42 total rushes in their victory over the Bengals. Allen ended up out-touching starting back Terrence West (21-19). He’s a RB3/Flex play moving forward.

Kelley isn’t overly talented. He doesn’t have any distinguishing abilities that separate him from an average NFL running back. Guys like that either need a gifted offensive line or a defense that can stay off the field. The Redskins possess neither. Washington’s O-Line led to Kirk Cousins getting sacked four times on Sunday. Their defense got ravaged by Zach Ertz and Nelson Agholor.

Washington was playing from behind a majority of the game, and never truly established the run. “Fat Rob” finished the game with just ten touches for 30 yards –– which incidentally equaled the same rushing total as Cousins. Back-up Chris Thompson was more featured in passing situations. Duly, the Redskins predicate themselves on the vertical game. A couple more performances like this from Kelley, and it’s likely we will see rookie Samaje Perine cut into his touches sooner rather than later.

No coach hates fantasy players more than Bill Belichick. He’s perfected the art of the one-week boomer, and you never know which back he will turn to in any given week. Because of that, trade whichever New England back you have as soon as possible.

White is a former Super Bowl MVP, and Gillislee had the three-touchdown game on opening night – ensuring that they are big enough names to garner attention around your league. With Dion Lewis and Rex Burkhead also in the fray, it’s best to get full value on either of these backs and force another owner to make the tough decision on who to start week-to-week.

New Orleans giving the ball to Adrian Peterson just six times in his return to Minnesota was music to the ears of Alvin Kamara fantasy owners. The talented rookie from Tennessee had 11 touches on Monday night, including four receptions on six targets. New Orleans will be a passing team for as long as Drew Brees can lace up his cleats. With their abysmal defense, the Saints are unlikely to have enough carries to pass around. They’ll be forced to throw the football early and often. Kamara also is the most explosive route-runner they have in the backfield.

Even a solid debut performance by DeShone Kizer can’t resurrect the Browns’ dormant passing attack. Britt is coming off his first career 1,000-yard season, but don’t expect much down the line from the 28-year old veteran. He had a couple of bad drops in Week 1, and was scolded by his coach in the process.

Although the Browns will be more competitive this year, they’ll be eliminated from playoff contention early on. When that happens, Cleveland will look to get young guys like Corey Coleman and David Njoku more involved. It just doesn’t make any sense for Britt to take up a roster spot when there are plenty more high-upside guys on your waiver wire.

Ben Roethlisberger was plainly average when throwing the ball to anybody not named Antonio Brown. Brown hauled in a perfect 11-of-11 targets on Sunday, while Big Ben completed just 13-of-25 passes to everybody else. Bryant was probably the least impressive of all Pittsburgh receivers, totaling 14 yards and two receptions on six targets.

The oft-suspended Steeler has always been a boom-or-bust player, and Pittsburgh’s schedule won’t do Bryant any favors. In Weeks 15 and 16 (typically the playoff weeks in fantasy), the Steelers play New England and Houston — who both ranked in the top-5 in 2016 for fewest WR fantasy points allowed. 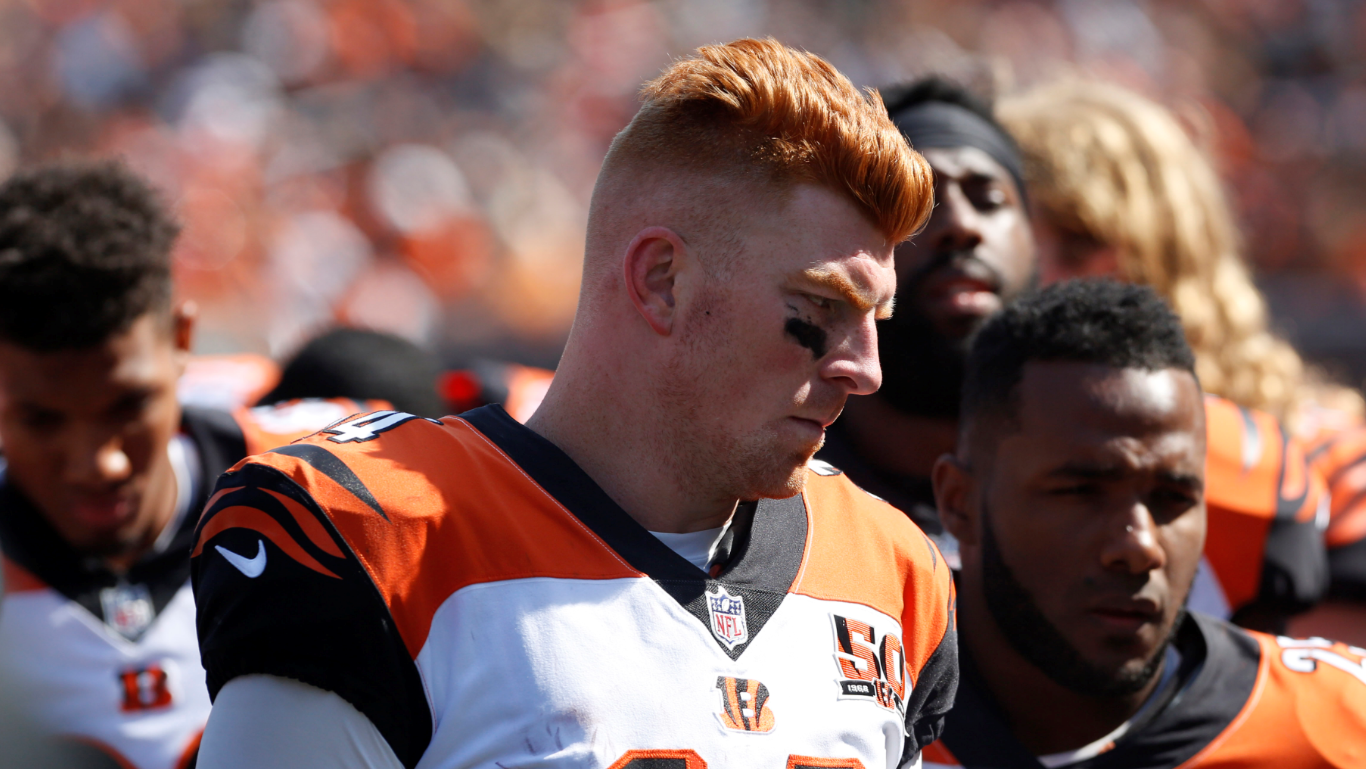 Biggest Surprises and Disappointments from Week 1 of the NFL Season