Note: this list is comprised of players that I believe are being drafted too high. Just because I believe Brandin Cooks isn’t worth a second round pick doesn’t mean I wouldn’t scoop him up if he was available in the latter part of the third. Exercise your best judgment when doing your own draft, as I’m merely giving examples of players that are being overvalued and suggesting a “sleeper” you could draft instead. Cooks is going from one pass-happy offense to another. The only difference is that there are even more mouths to feed in New England. The Pats find a way to spread the ball around, and with Gronk back in tow, expect Brady to be looking for his prized tight end more often than not in red zone opportunities. Cooks recorded 1,173 yards receiving last year, and that’s his career high after three years with the most consistent fantasy quarterback of the last decade in Drew Brees.

The new Pats receiver has a high floor, but is hardly worth a look in the second round. Instead, go with Cooks’ former teammate Willie Snead (ADP: 68.0)- whose average draft position is about 50 spots lower. Luck’s Week 1 status remains up in the air. A perennial top-5 fantasy QB, Luck is very productive when he’s been on the field. Unfortunately, the Colts haven’t been able to keep him on his feet during his NFL career, and we’re unsure if using a mid-round pick on him is worth the risk.

With the little amount of information we have about his injury, it seems like it’s more serious than originally anticipated. Even if he’s back after missing just a few weeks, we’d still rather have 16 games of reigning MVP Matt Ryan (ADP: 58.2) a round earlier. The former Niner has experienced a renaissance during his tenure in Oakland. Crabtree just got done polishing off a stellar 89-reception/1,003-yard/8-touchdown campaign – to the delight of fantasy owners everywhere. He’s being selected around 40th because of his large role in one of the league’s best offenses, though expectations should be tempered. 2017 was just the second time King Crab has eclipsed 1,000 yards receiving. Crabtree’s worth relies on his endzone production – if he’s not scoring touchdowns, he’s not helping your fantasy team much.

With Amari Cooper likely taking on a bigger role on offense, and Jared Cook and Marshawn Lynch potentially vulturing TD opportunities, Crabtree will take a step back this year. You’re better off with TE/pseudo WR Jordan Reed (ADP: 50.2) who has a far higher upside and is a top-3 player at his position. A grand prize of the 2016 offseason, the highly-coveted Miller was solid, albeit unspectacular, in his debut year with the Texans. Fantasy owners expected more out of the speedy back. Miller produced RB2 numbers despite his first-round price tag. He wasn’t featured nearly as often in the passing game as many had predicted, and a meager six touchdown total saw him finishing behind the likes of Robert Turbin and Christine Michael.

Instead, go with the ageless Frank Gore (ADP: 79.2), who was more productive than Miller last year (finished 12th in scoring among RB’s) and will be available late in your draft.

Players getting overvalued is natural when it comes time to draft. Lynch is an extremely popular personality that’s joining one of the more exciting young cores in the league. It’s also a hometown reunion for Lynch, the Oakland native. All of these factors have led to Marshawn inexplicably becoming a third round pick across fantasy this year. His ranking is more justified in a non-PPR league.

The Raiders are a potent offense that will have plenty of chances in the red-zone. It’s unlikely the coaching staff will be handing the ball off to scat backs DeAndre Washington or Jalen Richard near the goal line, ensuring that Lynch gets a lot of cracks at pay dirt. If he doesn’t convert on those opportunities, Lynch’s fantasy outlook drops drastically. Last time we saw the enigmatic back suit up for an NFL team, he was averaging 3.8 yards per carry.

He won’t be in the game much during passing situations, and the Raiders are likely to keep his workload down to help prepare him for a playoff push. For a quality back sporting new threads this year, LeGarrette Blount is the best bang for your buck. Philly recently cut last year’s starter Ryan Mathews, giving full reins to Blount in the backfield. We can’t possibly expect an encore of his 18-touchdown performance from 2016, but the Eagles should be better offensively in 2017 and there’s nobody standing in Blount’s way. The Titans did their best to acquire weapons around their young QB. First-round pick Corey Davis and free agent signing Eric Decker make the Titans a more dynamic offense. Still, this is the same team that threw for less yards than a Trevor Siemian-led Broncos team last year. In fact, the Titans have finished in the bottom-10 for passing yards and attempts in each of Mariota’s two seasons. He could potentially break out as a rusher, but with only 94 carries in two seasons, Mariota has shown he will only use his speed as a back-up plan.

If you’re looking for bigger passing numbers, consider Philip Rivers (ADP: 121.6), and if you want some rushing out of your quarterback, think about Tyrod Taylor (ADP: 141.0) – two quarterbacks that will be on the board far longer than Mariota. Bryant’s inclusion on this list has nothing to do with his ability on the field. When suited up, Bryant has been a quality deep threat receiver with a career yard per catch average of 17.3 – which is third among active players. He’s scored 15 times on just 84 career touches. Bryant is a huge playmaker in the Steelers’ offense, but he hasn’t been on the field nearly enough to warrant a starting spot on your fantasy squad. A combination of suspensions and injuries have forced Bryant to miss a total of 27 games over the past three years.

Consistency is key to winning fantasy every week, and we’d rather have the stability of a player like Jamison Crowder (ADP: 65.6), who looks poised for a bigger role in Washington’s passing attack in 2017.

Despite reaching his weight loss goals this past offseason, Lacy remains a shaky fantasy option at best this season. The Seahawks have desperately needed a jolt in their running game since the departure of Marshawn Lynch. 18 different ball carriers recorded a rushing attempt for the team last year – the most by any team since 1987. Lacy has been a consistent bruiser over his four-year career, and hopes to bring some stability to the Seattle backfield.

As an eighth-round pick though, we don’t buy it. Even during Lynch’s final season in Seattle, the team couldn’t run the ball. The offensive line finished 25th in run blocking and pass protection last season according to Football Outsiders. Russell Wilson and the Seattle running backs are constantly dodging defenders behind the line of scrimmage, and Lacy has never been one to make guys miss. If looking for a RB in that range, we’d prefer to go with the Giants’ Paul Perkins. Perkins is younger, and has more upside in a higher-octane offense. Howard slipped in April’s draft after a successful career at Alabama. The 6’6” tight end is an athletic specimen specifically built to thrive in today’s era of vertical-passing offenses. Tampa Bay seems like a great fit for any receiver as Mike Evans and DeSean Jackson will surely garner much of the attention. Howard’s speed, strength and size will eventually make him a terror to defend, but probably not in his rookie year. Cameron Brate is still in town, and will likely get a good chunk of targets. We also aren’t quite sold on Howard’s production at Alabama. Even with his immense skillset, Howard recorded a paltry seven total touchdowns in his four-year career, and gained over 600-yards in a season just once.

If you’re picking Howard, he’s probably your back-up either way, and in that case, we’d prefer Jason Witten (ADP: 148.6) to fill that spot. As far as keeper leagues go, we’d even give the slight edge to Evan Engram (ADP: 150.4), who is an even better athlete than Howard and is being selected two rounds later. 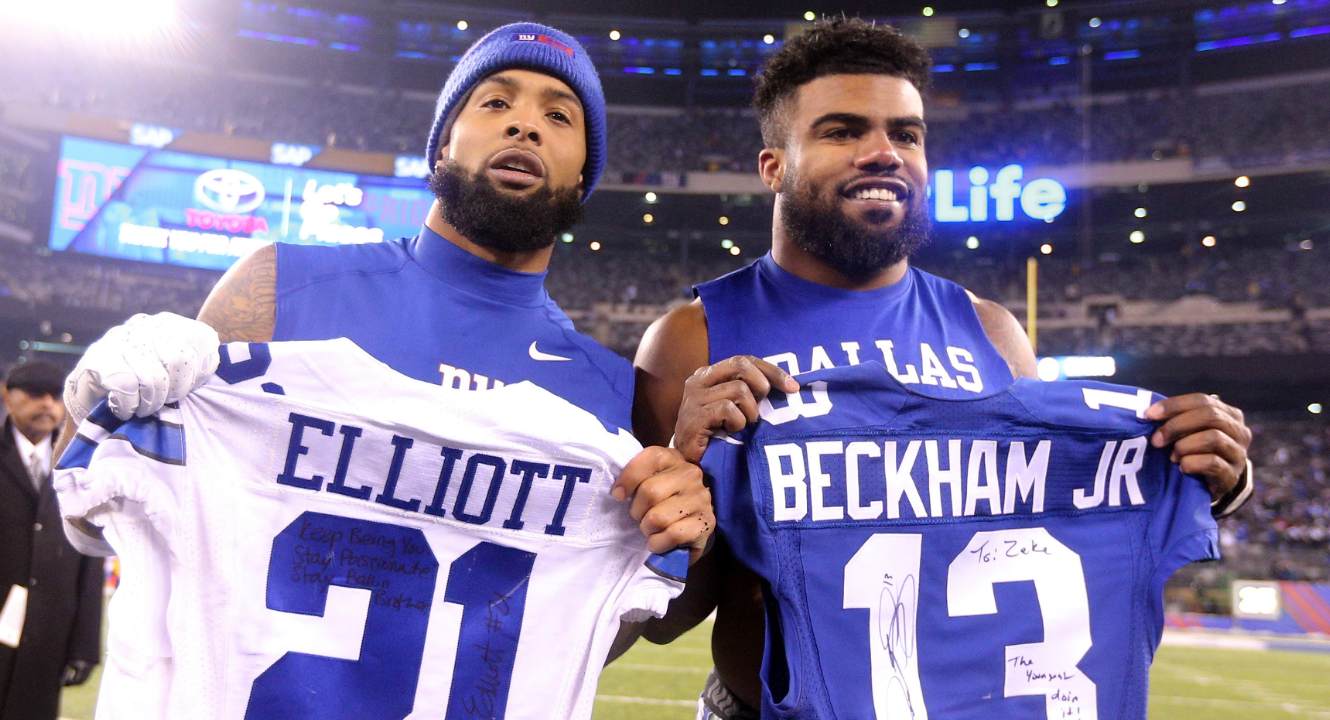 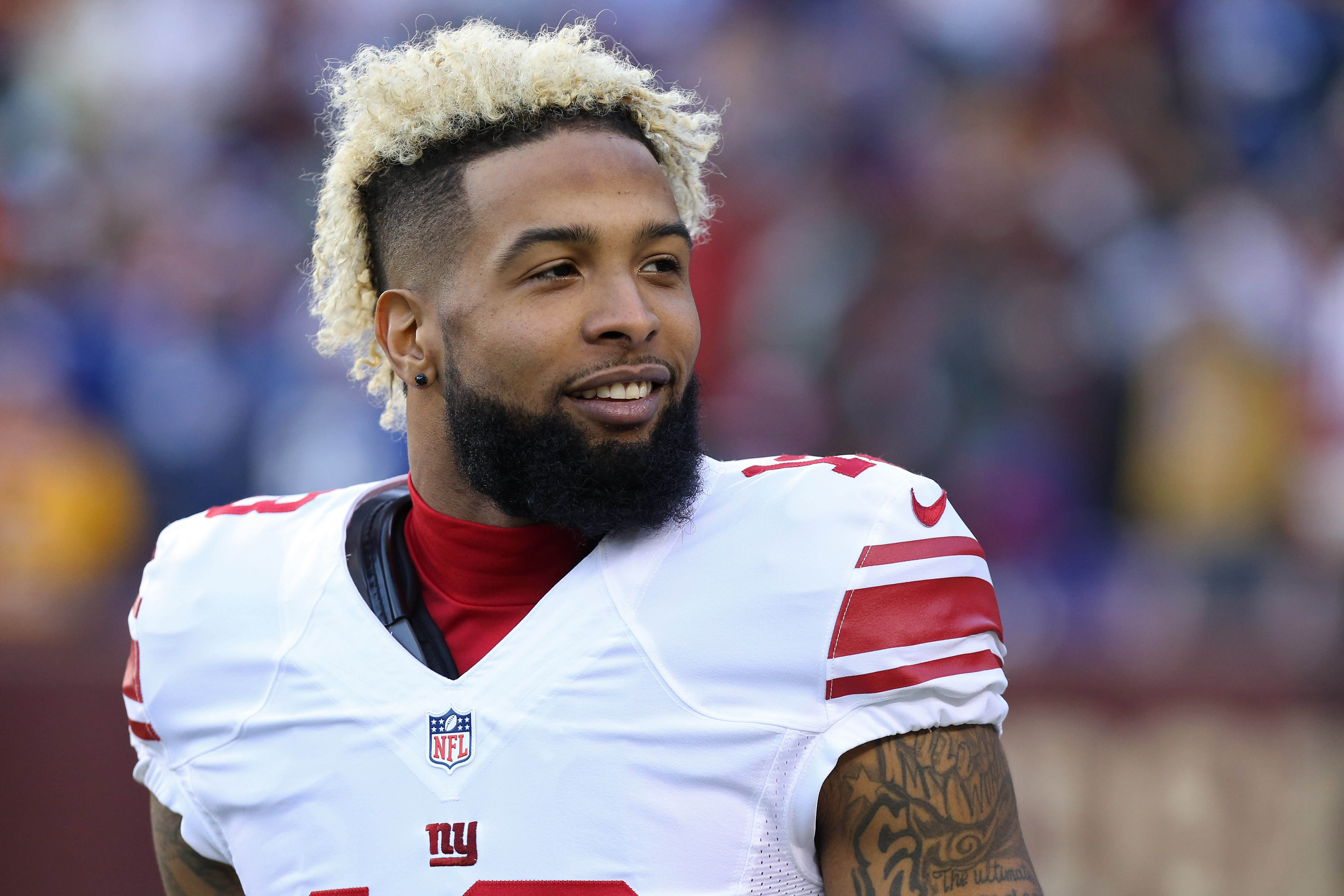