There must be a ‘dishonorable’ mention made here for Almond Joy. There’s always that one neighbor foolish enough to include these wretched morsels within your candy bowl. On the odd chance you end up with one, it would instantly go in the trash upon inspecting your loot at the end of the night. Simply put, an Almond Joy is garbage. Jelly Beans aren’t really all that great. However, there’s a nostalgia factor with them. They’re the type of candy your grandparents and parents ate when they were children. The iconic shape is complemented by an array of bright colors. From a taste standpoint, there are far more superior fruit-based candies. Time to pucker up! No, we don’t mean getting ready for a kiss. Whenever inserting a Warhead (candy) in your mouth, be prepared for an immediate jolt of sheer sourness. One can’t help but contort their face upon tasting the small, rock-hard candy. Once the sour flavor disappears, you’re left with something exceptionally sweet. This dichotomy of flavors makes the candy surprisingly complex. When given the choice, target Blue Raspberry or Black Cherry. Whoppers are a great candy for the movies. Whenever those sphere-shaped goodies are rattling around the cardboard box, you know you’re in for a good time. Whoppers are quite easy to eat — as you can literally pop one (or a handful) in your mouth without any residual chocolate sticking to your hands or fingers. Duly, the malted milk flavoring makes them very atypical when compared to peer candies. If there’s one candy that screams Halloween, it’s candy corn. Wildly enough, this candy was first created in the 1800s. It was obviously meant to mimic corn kernels (though the candy version tastes much better). There’s also a festive nature around the candy’s presentation, as they include colors from the fall seasons. This seasonal treat truly does hit the spot during the spookiest time of year. 3 Musketeers is one of the oldest candies within this list. It first came out to the public in 1932. Mars worked tirelessly to provide consumers with a nougat-based bar. Soft and chewy, 3 Musketeers involves nougat taken to a whole other level. You’ll often see this beauty as a core staple within Halloween candy all across the country (and in Canada). Also made by Mars, Milky Way is eerily similar to 3 Musketeers. It’s rooted in nougat — and offers a soft, clean bite. The primary difference is the fact that its nougat is chocolate flavored. Both have similar taste profiles — though there’s something about the classic brown wrapping with the green and white font. Milky Way was first made available in 1924. One question has yet to be answered: “How many licks does it take to get to the center of a tootsie roll pop?” For those interested, a Purdue University study concluded that it takes approximately 364 licks to get to the chewy chocolaty molten center. There’s something nice about uncovering the inner surprise once you’ve melted down the hard exterior of the lollipop. It takes some time — though the tootsie roll reward is more than worth it. Germany company Haribo is widely known for its production of gummy bears. Gummy bears in general have long been a staple with young children. They’ve been so popular, in fact, that many adults are taking gummy bear-shaped vitamins as a supplement. Haribo was first founded in 1920. The company itself reports an annual revenue of more than $2 billion. That’s a lot of gummy bears. Nerds are a very underrated candy when looking at the grand scope of treats. If you’re into eating little crunchy flavor bombs, you’ll love Nerds. They’re also perfect for transporting in one’s pocket. Held in a small box, it’s quite easy to devour a box of Nerds with one large gulp. Don’t be surprised if you turn into a Nerds addict upon first taste. AirHeads were a staple for many during the elementary/middle school days. Whether purchasing them in a pack or individually, AirHeads did the job as a tasty yet substantial candy. Its soft texture was amplified even further by extreme chewiness. Imagine edible chewing gum with a ton more flavor. It’ll even turn your tongue/teeth a different color (especially when enjoying Blue Raspberry). For a youngster, this was quite fun. As a middle-aged adult, it might look a little strange. At one time, the Nestlé Crunch bar was the highest-selling candy bar in the United States. Its construct is rather simple — as milk chocolate is paired with crispy, slightly puffy rice. The taste is classic yet rich in flavor. While not as popular as it once was, it’s still a solid candy bar all the same. When you’re talking about candy versatility, Sour Patch is at the top of the game. Sour Punch straws are fantastic (try not eating one full package in a single sitting). If you’re in the mood for something smaller, Sour Patch Kids might do the trick. There’s even Sour Patch belts. These most certainly will quench your thirst when in need of the sour/sweet combination. The M&M brand is most certainly one of the world’s most notable entities. After being solely a candy, commercials have turned talking M&M animations into lovable characters. Regular M&M’s are delicious — though ones filled with peanuts/peanut butter take them to an elevated standing of immense goodness. In the pantheon of candies, M&M’s will go down as an all-timer. It’s always a fun time whenever you’re able to “break [yourself] off a piece of that Kit Kat Bar!” Originally from England, these chocolate-covered, multi-layered wafers are a true delight. Nestlé has revolutionized the typical Kit Kar Bar in recent years to include dark and white chocolate. While those flavors are great, there’s no beating the milk chocolate presentation enclosed in its iconic red wrapping. Starburst are bite-sized versions of AirHeads — though far more popular. Interestingly enough, there’s a hierarchy when it comes to Starburst colors. When getting a small two-piece package, the desired colors are unequivocally red and pink. If one gets an orange, it’s passable. If you get a yellow…may God have mercy on your soul. Another heavy-hitter within the candy game is Butterfinger. This is essentially a Nestlé-crafted Reese’s Peanut Butter cup with considerably more crunch and crisp. Eating a Butterfinger on its own — whether a full-sized or miniature bar — is quite enjoyable. When then broken up and placed atop ice cream, it’s elevated even further as an elite candy choice.

Twix is an all-time classic. Every major component one could want in the ideal candy bar can be found here. There’s the right amount of contrast when it comes to texture (the crunch of the cookie) as well as the gooey nature of the caramel. If a real-life version of a candy Mount Rushmore were to be erected, one would most certainly see Twix as a vital pillar within the group. We’ll say this: Snickers has the best commercials of any candy on this list. The brand often recruits musicians, athletes, and actors to help in illustrating the potent nature of the candy bar. Though nougat-based, the two headlining acts within this candy bar are the peanuts and the caramel. This combination works in perfect harmony with the chocolate shell of the bar. One would be lucky to nab a full-size Snickers bar in their Halloween basket. Aside from being Marshawn Lynch’s favorite candy, Skittles have been a culture phenomena via their clever marketing campaigns. Routinely, one can see commercials featuring the fruit-based treats. There are all sorts of variants ready to be gobbled up at a moment’s notice. Whether it be the colorful wrapper, or the ‘taste the rainbow’ slogan, Skittles immediately vaults to the top of the candy hierarchy. Pop Rocks are bar none the most fun candy to eat. An experience of sheer euphoria is created upon trying Pop Rocks for the first time. It’s almost indescribable to feel the little cracklings of candy pop around your mouth like fireworks booming into the sky. The multitude of colors add in even more to its impressive mystique. Though mostly enjoyed by children, Pop Rocks are still a noteworthy candy choice. Ah, and now we’ve come across the classiest of candies available. Originally from the United Kingdom, Cadbury sends chocolate all over the world. The Cadbury Creme Eggs in particular were meant for the Easter holiday. However, they’ve since been associated with Christmas, and the wintertime in general. The custard-like interior of the chocolate egg shell is ridiculously rich and silky. If you’ve never had one, do yourself a favor and get one quick. The Reese’s brand has been pumping out candy since the late 1920s. It’s included peanut butter cups, mini peanut butter cups, peanut butter eggs, Christmas trees, pumpkins, and Reese’s pieces. There’s something to be said about the versatility of this candy. Additionally, the taste of these treats is simply sublime. Reese’s is one of the most popular candy brands in the world — and for good reason. It’s a total juggernaut within the industry. 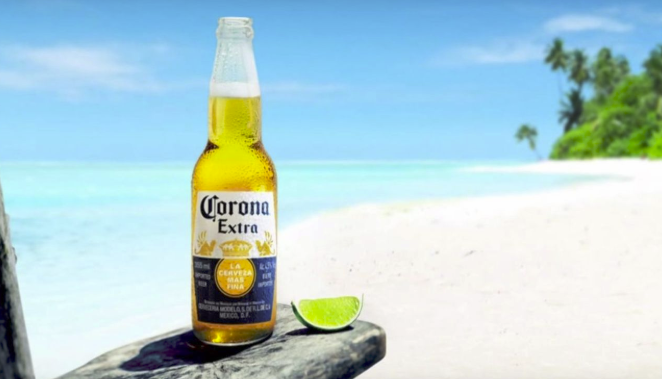 The Most Popular Beer For 20 Different Countries