Before Genesis became a pop staple in the 1980s with Collins as front man, and he himself turned into a solo superstar, they were a progressive rock outfit with him behind the kit. Collins’ drum work shines on Genesis’ 1974 triumph The Lamb Lies Down on Broadway. However, his solo on 1981’s “In the Air Tonight” remains his most memorable work with the sticks. One half of the drumming Appice brothers, Carmine has been credited with influencing the likes of Phil Collins, Tommy Lee and John Bonham. Appice first earned recognition with the psychedelic rock band, Vanilla Fudge. He also played with Jeff Beck and Rod Stewart, the latter with which he co-wrote the hit “Da Ya Think I’m Sexy?” His versatility and ability to mix the technical and improvisational aspects of drumming is what has allowed Appice’s career to extend into his 70s. Known for her musical intelligence and timely, power playing, Weiss made a name for herself with indie rockers Sleater-Kinney in the 1990s. Her greatness is displayed on two of the band’s bigger hits, “Dig Me Out” and “Turn It On.” She also shines on “Romance,” a song from side project Wild Flag, which included Sleater-Kinney bandmate Carrie Brownstein. Will Ferrell’s doppelganger, Smith made his mark with the alternative, funk rock Red Hot Chili Peppers, but remains one of the most sought-after drummers to work with. He often plays ghost notes, a rhythm without pitch. Known for his funk style and solid groove work, Smith also is a popular drum instructor in the U.S. and the United Kingdom. Sharing the stage with flamboyant front man Freddie Mercury and guitar virtuoso Brian May, it’s understandable why Taylor can get lost in the Queen shuffle. Not only did he help compose some of the band’s most popular tracks (“Stone Cold Crazy” and “Under Pressure”), but he’s considered one of the more influential drummers of the 1970s. Taylor complemented a methodical drumming style with his versatility as a singer while behind the kit. Before Aldridge earned fame by playing with metal god Ozzy Osbourne and later the radio-friendly version of Whitesnake, he was a teenage member of classic rockers Black Oak Arkansas. Aldridge, who taught himself to play and often did so shirtless, is renowned in hard rock circles for his unique style as a double bass drum icon. Perhaps the most prominent studio drummer of all-time, Porcaro’s commercial popularity peaked in the 1980s with Toto. His drum work on the band’s Grammy-winning hit “Rosanna” – particularly the end – is a prime example of the late Porcaro’s exceptional work that was never flashy but always tight and precise. Carey is another in the line of successful progressive rock drummers. He is well regarded for his complex time signatures and ability to treat his hands and feet in the same manner while playing. Heavily influenced by jazz, Carey is considered one of the more diverse drummers on both the hard rock and metal scenes. Among the most diverse drummers ever, Bozzio is greatly appreciated for his near flawless technique. He earned acclaim playing with Frank Zappa, providing vocals as well, then earned success in the 1980s with Missing Persons, fronted by his wife at the time, Dale Bozzio. He’s also considered one of the best studio drummers in rock history. Tucker is revered as much for her approach to playing the drums as her actual sound. While with the Lou Reed-led Velvet Underground, Tucker played standing up and rarely relied on cymbals. Her crescendo on the band’s 1967 hit “Heroin,” wasn’t a favorite of Tucker, but subtly and hypnotically displayed her greatness. Known for his strong, yet manageable playing, Weinberg doesn’t hide behind a mountain of drums and cymbals, he just keeps it simple. “The Mighty Max” shines on Springsteen’s classic “Born to Run” and the highly underrated “Candy’s Room.” Both show off Weinberg’s power and strength as an accomplished rock drummer. Let’s not forget his run as the leader of Conan O’Brien’s late-night studio band. Influenced by all the greats, Portnoy has placed himself up there with the true legends of rock drumming. It was his work as co-founder of the progressive hard rock/metal band Dream Theater, that earned him plenty of accolades. Portnoy, who studied at Boston’s famed Berklee College of Music, is a true student of the instrument and has consistently delivered his innovation to the always complex world of prog-rock drumming. Grohl traded in his drums stick for a guitar while fronting the mega-successful Foo Fighters. Yet, he’s still the best drummer in the band and provided such work on some of the group’s biggest hits like “Everlong” and “My Hero.” A self-taught drummer, Grohl is known for his raw ferocity, especially during his early days. That continued when he joined Nirvana, but was more refined. He treats playing drums as a science and took each aspect of the craft and found his own niche. Some of his best work can be found in such tracks as Nirvana’s “Smells Like Teen Spirit” and “In Bloom,” and “A Song For The Dead” with Queens of the Stone Age. Starr may not be the most innovative or technically sound drummer of all-time, but he is arguably the most well-known. Those in the know praise Starr for the way he feels his way around the drum kit. Perhaps nobody delivers a more solid back-beat than Starr, who claimed he’s there to keep time and offer rhythmic support. “Come Together” is a perfect example of the latter. A true hard-rock giant, Paice is the heart and soul of Deep Purple. Paice, who also spent time in the early years of Whitesnake, is considered one of the pioneers of progressive rock, then metal, drumming. There is a great deal of jazz influence in Paice’s playing, like on “Pictures of Home” from Deep Purple’s 1971 classic, Machine Head. Mitchell’s smooth, jazzy style worked well with Jimi Hendrix’s experimental and ultimately revolutionary guitar playing. Mitchell never tried to do too much behind the kit, but was part of one of the most successful rhythm sections, along with bassist Noel Redding, in all of rock. The Jimi Hendrix Experience’s gem, “Hey Joe,” showcases some of Mitchell’s finest work. Give a listen to The Police hit “Roxanne” to experience some of Copeland’s quality. He was responsible for a good chunk of the band’s early work, which offered plenty of his innovation – especially with his use of the high-hat. Copeland cites Mitch Mitchell as his primary influence and it’s obvious from his work with The Police. In addition to his solo efforts, Copeland continues to compose soundtracks for film and contributes music for television. “Moon the Loon,” was undeniably one of the true characters in rock history. He could also play, as is evident on The Who staples “The Kids Are Alright” and “The Real Me.” He played hard and fast, just as he lived. His style was his own, sometimes out of control but compact at the same time. Moon was just as influential as an entertainer for his furious pounding and on-stage antics. Some like to call Bruford the “godfather of progressive rock drumming.” They wouldn’t be wrong. He is best known for his work with the Hall of Fame prog-rock band, Yes. He also played with King Crimson and spent time with Genesis. The likes of Mike Portnoy and Danny Carey consider Bruford a key influence, mostly for his originality and stellar time-keeping, precision and intelligence. Stoic, professional and oh, so tight. That’s Watts. It’s often been said that the Stones would have stopped performing long ago if Watts opted to put down the sticks for good. Like most of these greats, Watts had deep jazz roots while offering some blues, as well. There are obviously many stellar examples of that talent, but the 1966’ hit “Paint It, Black” is truly Watts at his best. Considered rock’s first superstar drummer back in the 1960s, Baker helped form the band Cream with guitar legend Eric Clapton. A major influence on many of rock’s greatest drummers, Baker is credited as the master of the two bass drum sound while infusing plenty of his jazz background into his creative playing. It’s been said nobody other than Peart can play the complex music of prog-rock giants Rush. Though technically sound and amazingly creative, what’s perhaps most impressive about Peart is that he makes it look easy. Not to mention, he’s a great showman who has always been humble about his talent. He’s a perfectionist, who always was – and is – willing to learn. There are obviously many Rush songs that exemplify Peart’s greatness, but “YYZ” and “La Villa Strangiato” are an ideal introduction. Arguably the most influential drummer of all time, “Bonzo” is remembered for his lengthy and improvisational solos. He was the backbone of the Led Zeppelin machine, which revolutionized hard rock, beginning in the late 1960s. His reliance on “triplets” – often used in jazz compositions – within the rhythm in a harder, fast format is considered genius. Bonham’s performance on “Moby Dick” might be his lasting legacy. 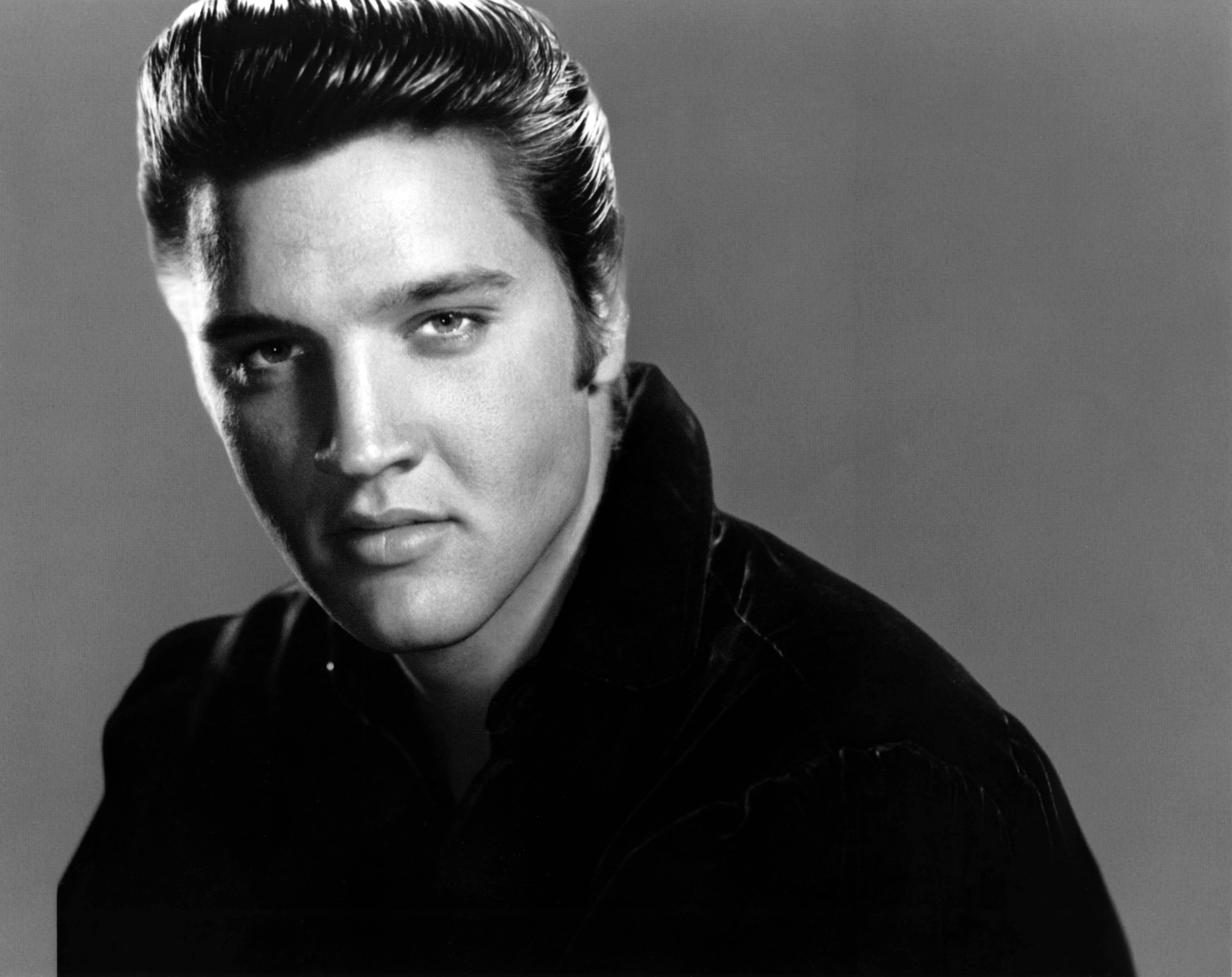