Ben Stiller’s Tropic Thunder is a flashy, on-and-off funny and assaulting send-up of the film industry. Stiller (who also shares the movie’s writing credits with Etan Cohen and actor Justin Theroux) has carved out a lucrative niche in the comedy of humiliation — both his and everyone else’s. Tropic Thunder is a knock out of a film that keeps you laughing constantly. It’s also incredibly smart, lacing combustible action with explosive gags. Stiller shows us Hollywood at war with its own enormous ego during the making of a big budget Vietnam War movie (which includes an incredibly inept cast and crew). Try to picture Apocalypse Now as conceived by Borat. Tropic Thunder may not quite match modern classics in the same vein, but it is thoroughly enjoyable on virtually every other count.

Stiller plays Tugg Speedman — the hard-bodied, soft-minded action star who has sequelized his franchise as the brawny scorcher more often than Stallone has dragged Rambo back to the box office. Tugg’s one attempt to prove he can act, as a challenged farmhand who talks to animals in a film titled “Simple Jack,” flopped big time. Taking the role of John “Four Leaf” Tayback, he’s hoping to resuscitate his career by going gung-ho and grunt in a Vietnam War movie called “Tropic Thunder.”

With co-stars Robert Downey Jr. as Kirk Lazarus (a five-time Oscar winner), Jack Black as Jeff Portnoy (a comic partial to fat suits and heroin), and Brandon T. Jackson as Alpa Chino (the hip-hop hit maker), Tugg longs to reclaim his audience’s love. All but stealing the show is Downey Jr., who is not merely funny but also very good and sometimes even subtle as Lazarus. His character is an Aussie who alters his voice and surgically dyes his skin black to transform himself into the role of African-American Sgt. Lincoln Osiris. Lazarus is committed to his role that he remains in complete character at all times, seemingly convinced that he is actually black. “I don’t break character till the DVD commentary,” says Kirk. The routine pisses off Alpa Chino, who was hired to bring street cred to the movie despite merchandising his “Booty Sweat” energy drink and his “Alpa Chino” menswear line. Downey has a ball with the role and is so off-the-charts hilarious that you might want to stand up and cheer a bit.

Matching Tugg in diva tantrums and insecurity is famed comic and dope fiend Mr. Portnoy. Black’s character is known for The Fatties, a movie franchise in which Jeff, similar to Eddie Murphy in The Nutty Professor, play an entire family of prodigious farters. Jeff is an addict who is in withdrawal for much of the trek through the jungle. Black’s character is involved in a funny scene after he begs to be tied to a tree and then begs to be set loose. The set-up involves the actors, director Damien Cockburn (Steve Coogan), screenwriter (the real) “Four Leaf” Tayback (Nick Nolte) and explosives expert Cody (the hilarious Danny McBride). Despite Cody almost blinding Jamie Lee Curtis in Freaky Friday, he still wants to blow shit up.

When an explosive sets off prematurely, Speedman — acting as the producer — fires the crew and announces he will direct the film himself. He explains that hidden cameras are installed all around in order to record everything that happens. Intercut with the jungle scenes are Hollywood scenes of course, featuring a studio executive and agent. The director and writers are familiar with the ordeals of filmmaking and location shooting, and distills it into wildly exaggerated scenes with a whiff of accuracy. Les Grossman (played by the unrecognizable Tom Cruise) is a short, fat, bald, f-bomb dropping studio chief. Whether he’s abusing his assistant (Bill Hader) or indulging in a happy dance that must be seen to be believed, Cruise is a hoot. Heavy-handedly coded as Jewish, the character is grotesque from his swollen fingers to the heavy gold dollar sign nestled in his furry chest. Tugg’s agent, the Pecker (Matthew McConaughey) is back in Los Angeles to make sure his client is provided with TiVo even in the jungles of Vietnam.

Even the low comic acting ensemble in this film is of the highest caliber. Jay Baruchel (Knocked Up) is perfection as Kevin Sandusky, the newbie stuck in a cast of spoiled, bratty stars. As the group continues on through the jungle, they are eventually captured by a gang of drug lords who think the actors are narcs. Ironically it is Tugg’s one dramatic role that saves their lives when taken prisoner. The bored drug lords have only one video, an old “Simple Jack” tape.

Tropic Thunder is the kind of comedy that rolls in, makes a lot of people laugh, and then rolls onto Netflix. When it’s all over one will probably have the fondest memories of Downey Jr.’s work. The film is simply a good time though. Tropic isn’t a masterpiece, but it is supremely effective entertainment. There are big laughs to be had in this rip-roaring satire. War may be hell, but Hollywood is even worse. 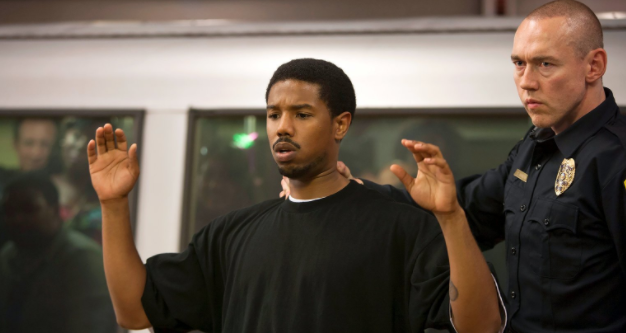