The Descendants is technically a comedy. It takes place in Hawaii, and stars the incredible George Clooney. That may lead you to believe and expect a pleasant good time, but this film is much more than that. Mr. Clooney and director Alexander Payne (working from a script Payne adapted from Kaui Hart Hemmings’ novel) proceed to shake up our expectations all the same. Don’t worry, The Descendants isn’t Hamlet or anything involving crowns. Still, Clooney’s Matt King — a workaholic Honolulu attorney — is descended from royal blood. His great-great-grandmother was a Hawaiian princess who passed on a rich chunk of real estate. He is the primary beneficiary of 25,000 acres of Kauai land. He must decide to keep the land unspoiled, or sell it to developers to please his vast army of cousins (led by the hilarious Beau Bridges). The land deal is big news locally. In some ways, it’s the least of Matt’s problems.

The film opens with Matt’s thrill-loving wife Elizabeth (Patricia Hastie) getting in a boating accident off Waikiki Beach. She lies in an irreversible coma in a Honolulu hospital. The self proclaimed “backup parent,” Matt is left in charge of their two daughters: Sassy 10-year-old Scottie (Amara Miller), and 17-year-old teenager Alexandra (Shailene Woodley). Alexandra’s reckless ways with alcohol and drugs has landed her in a boarding school. Just when Matt steps it up as a father and husband, life blindsides him again. The doctor informs Matt he is about to be a widower (should he or should he not pull the plug?). Then, Alex informs him that her mother/his wife had been cheating on him with another man prior to the accident. Her impending death — coupled with the revelation of her past infidelity — sends Matt into a tailspin. The way Matt’s predicament plays out is moving, surprising, and frequently very funny.

The director beautifully sidesteps the sentimental traps that lurk within the film’s premise. He achieves the emotional impact of fantastic melodrama without ever seeming to exaggerate. There are often times when you either want to laugh or gasp in disbelief. Some of these moments include an old man punching a teenager, a young girl uttering obscenities, and Mr. Clooney slipping on a pair of boat shoes and running like an angry, flightless bird to a neighbor’s house. Payne is able to walk the high wire between humor and heartbreak with unerring skill.

When it comes to the land, Matt himself thinks he will probably sell. However, everything is in upheaval. Payne’s films are usually about people forced into difficult and uncomfortable decisions (such as in Nebraska). Matt’s father-in-law (played by Robert Forster) is a flinty, self-confident man who perhaps has always had doubts about Matt. Payne is gifted at using the essence of an actor. He links something in their nature to their characters. Consider Forster, for example. He’s handsome, tanned, and angry in a complex way about his daughter’s imminent death. He feels this way because his daughter might not have been in the boat had Matt been a better husband.

Also there is the man Elizabeth was having an affair with. His name is Brian Speer (Matthew Lillard). Things get tricky when Speer and his wife (Judy Greer) become involved. I feared a cliche when Matt hauls his family — including Alexandra’s stoner boyfriend Sid (terrific Nick Krause) — off to Kauai to confront Brian. Instead, Payne turns the seemingly banal into a vastly entertaining and acutely perceptive meditation on what defines a family. All of the actors are superb here. Greer turns three scenes as the cheated wife into an explosive tour de force. What happens is that we get vested in the lives of these characters. This aspect is rare in so many films. We begin to think and care about what they decide.

There are substantial moral problems underlying the plot. In most movies, the characters are locked into the machinery of narrative-like theme park customers about to board a roller coaster. But the people in this movie seem to move freely within it — making choices and mistakes. At the same time, these people are aware, at every turn, that things could be different. Matt in particular is overwhelmed, and often times paralyzed, by the necessity of choosing between selling and holding onto the land. The brilliance of Mr. Clooney’s performance lies in his ability to convey hesitation and the precipitous tumble into error. Matt gets a lot of things right in the end, but along the way he mishandles nearly everything — sometimes because of impulsiveness or the inability to trust or locate his own best instincts.

Payne knows Clooney’s face makes a bruised and eloquent canvas. Matt ultimately speaks blunt truths to his comatose wife. His eyes reflect long buried ferocity and feeling. Mr. Payne, with a light touch and a keen sense of place, has made a movie that, for all its modesty, is as big as life. As its very heart is grief, pain, and the haunting silence of Elizabeth (whose own version of events is the only one we never hear). Yet, Descendants is full of warmth and humor, and the kind of grace that is needed. The film ends in family silence in what only appears to be a throwaway scene. With Payne however, every beat counts. As the film’s soundtrack blends modern and traditional music, Payne provokes timeless questions about class, race, and identity. Without saying too much or spoiling the mood, I will say that I was grateful for this extra minute, a small gift at the end of a film that understands how hard it can be to say goodbye. 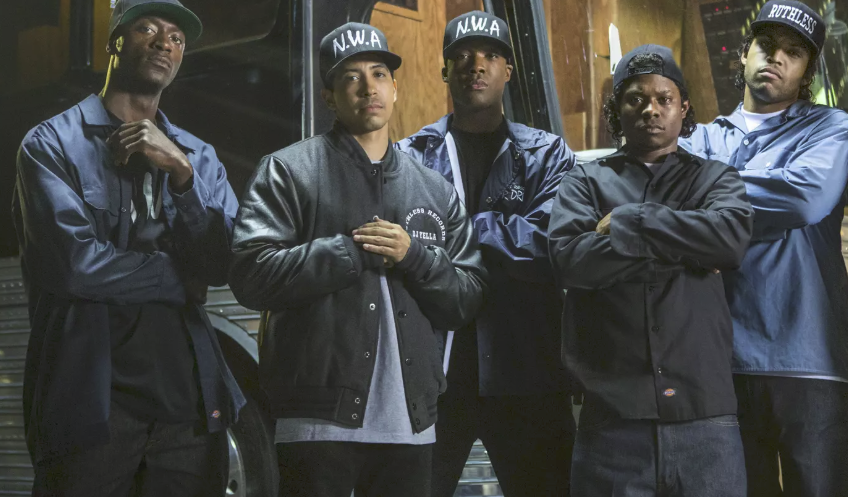