Straight Outta Compton is beyond epic.

It’s an explosively entertaining hip-hop biopic that raps home truths about police brutality and race. These truisms are as timely now as they were during the ’80s in Compton, California. That is where five teens — known as Dr. Dre (Corey Hawkins), Eazy-E (Jason Mitchell), DJ Yella (Neil Brown Jr.), MC Ren (Aldis Hodge) and Ice Cube (O’Shea Jackson, Jr.) — channeled their anger and fury into the music of their rap group, N.W.A. The film is unrepentant in its anger and its amorality — leaving the audience to pass its own judgement and calibrate its own outage. If Compton is undeniably of the moment, its also timeless in its depiction of how artists and writers transform the world around them into profane, vibrant, and singular personal experiences. Director F. Gary Gray’s film is a feast for hip-hop connoisseurs and novices alike. It charts the West Coast rap superstars’ meteoric rise. The audience discovers that the music business can be as savage as the inner city streets.

The release of Straight Outta Compton coincided with the 27th anniversary of the eponymous debut album. Ushering in the era of gangsta rap, the album earned millions of fans. In the process, it also opened the flood gates for many West Coast rappers. The record quickly gained controversy with its profane and violent lyrics. It earned “parental advisory” labels and a threatening letter from the FBI.

Compton was the album that fully announced hip-hop as the rage-filled protest music of its era. It was a primal scream from under the boot of white authority. Gray’s panoramic film is the story of N.W.A. It also showcases the city of Los Angeles in those same years. As shown on screen, a long-simmering discontent finally erupts into what became the 1992 riots. However, we first begin in 1986 with the DNA of N.W.A. We’re shown the friendship between Dr. Dre and Ice Cube. We also see their courtship of a neighborhood drug dealer, Eric “Eazy-E” Wright. Needing financial assistance, Dre seeks the help of Eazy to funnel some of his illicit funds into a record label (appropriately named “Ruthless Records”) for up and coming West Coast rappers. As the group quickly forms, Wright (amazing performance by Mitchell) emerges as “Compton’s” most compelling character. Wright is billed as a hip-hop Napoleon. His high-pitched tone and small stature masks what he really is: A shrewd businessman.

Ice Cube puts N.W.A on the map with his incendiary “F**k Tha Police.” The film’s righteous highlight is a Detroit concert where the cops threaten to jail the group — as well as shutting down the show should they sing the rap that has demonized N.W.A. to middle America. Of course they sing it…and the crowd roars. The live performances and recording scenes have a feeling of being loose and semi-improvised. This is especially the case when Eazy steps up to a mic for the first time to lay his hit single “Boyz-n-the-Hood.” Cube then performs an early version of “Gangsta Gangsta” at a nightclub where slow-jam R&B is the house style. These early brushes of fame bring the N.W.A. boys into the orbit of Jerry Heller (Paul Giamatti). Heller is a veteran rock manager who pledges to lead his clients into the lap of white music-biz royalty. When it comes to depictions of the LAPD, the film makes no apologies for drawing a correlation between events that transpired almost 30 years ago and the events we hear about today on a daily basis.

One of the most subversive scenes in the film depicts the angry response of Jerry Heller to his talent’s treatment by the cops. Heller lashes the officers with a crazy fury his charges would not dare to emulate. However, the film makes the audience consider that Heller might unintentionally get N.W.A imprisoned or shot. If musical biopics have taught us anything, it’s to not trust Giamatti as your manager (i.e. “Love and Mercy). He usually over does his angry scenes. In  Compton, they’re tempered by scenes of warmth between Heller and Eazy.

The heart of this film is the story of Eazy-E, and the emotional arc runs parallel to its scenes of music, raunchiness, and danger. Eazy comes up with the idea (and start-up cash) to try out Dre’s dreams of making music. It’s also Eazy who seeks out a business mentor to help him keep an eye on his friends’ interests. And its Eazy who tragically falls ill with AIDS just before the band tries to make a comeback. Its heart-wrenching and pure.

Gray casts a wider net in the film’s second half. Friction among the three N.W.A. principals (over money) sends them spinning off into their own orbits. Dre had become a prolific producer. Aside from an in-and-out tumultuous relationship with Suge Knight (R. Marcos Taylor), Dre helps to foster a new generation of hip-hop talent. This includes Eminem, Tupac Shakur, and Snoop Dogg.

Cube had created his own platinum solo career while working on his first movie project (Friday). The former friends turn into rivals. Each trade insults on their albums. This rivalry is also manifested with occasional fighting in public. The way Eazy-E reacts to the one-two punches of betrayal by Heller and his health is heartbreaking. He and the other members of N.W.A have tremendous chemistry as actors. Even when they’re at each others throats, one never loses sight of how much these characters care for one another. Their scenes of camaraderie never seem forced or sappy.

F. Gary Gray treats Straight Outta Compton as an epic-sized take on approaching the American Dream from an askew angle. What stands is an electrifying piece of hip-hop history speaking urgently to the present time. If you are not a N.W.A fan, you will still thoroughly enjoy this film. If you are, you’ll love this movie as much as I did. 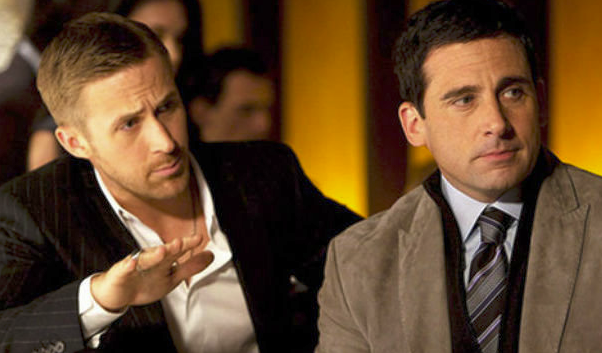