Seven isn’t just a movie…it’s a psychological trip through hell that leaves your head spinning, your heart pumping and your stomach crying out for a stiff whiskey.

Seven is another crime story that leans heavily on atmosphere. But this nerve-jangling thriller, evocatively shot by Darius Khondji, is no period piece. It’s set in an unnamed modern city deluged by rain and eroded by decay. The film stars Brad Pitt as David Mills, a can-do detective who just moved with his wife Tracy (Gwyneth Paltrow) to replace Lt. William Somerset (Morgan Freeman). Freeman’s character is a soul-sick cop ready to pack it in after 34 years of chasing scumbags.

On their first day together, they investigate the death of a fat man they find face-down in a dish of pasta. There are dozens of cans of Campbell’s Tomato Soup — too much for any one man to eat. This grim death sets the tone for David Fincher’s Seven, one of the darkest and most merciless films ever made in the Hollywood mainstream. It will rain day after day. They will investigate death after death. There are words scrawled at the crime scenes; the fat man’s word is on the wall behind his refrigerator: Gluttony.

After two of these killings, Mills realizes they are dealing with a serial killer who intends every murder to punish one of the Seven Deadly Sins. Soon, more killings occur. A wealthy defense lawyer is forced to cut off a pound of his own flesh (greed); a prostitute (lust) is…well, best see for yourself. But despite the gruesomeness of the crimes, this is no slasher movie. The victims are never killed onscreen. Instead, we catch glimpses of the corpses at the crime scene, or in the morgue, or in the snatches of black-and-white police photographs.

Perhaps more disturbingly, you are mostly left to visualize in your mind the full extent of the killer’s atrocities. Fincher shows us enough to disgust us, and cuts away. The film takes place not in the world of country house murders, but in the lives of two cops. One who thinks he has seen it all, and the other who has no idea what he is about to see. Nor is the film about detection. The killer turns himself in when the film still has half an hour to go.

The film is more of a character study. Pitt drops the movie star glamour as a stubbly hothead. Freeman, an actor of consummate subtlety, plays the cooler hand. They make a fine, fierce team. Pitt seems more one-dimensional, or perhaps guarded; He’s a hothead — quick to dismiss Freeman’s caution and experience. It is his wife Tracy who brings a note of humanity into the picture. We don’t find out much about her, just that she deeply loves her husband.

However, the enigma of Somerset’s character is at the heart of the film. This is one of Morgan Freeman’s best performances. The reason to see Seven — which is decidedly not for the faint of stomach — is not for the punishment of sin. Instead, it speaks to the many virtues of Freeman’s contribution. He embodies authority naturally. He lives alone, in what looks like a rented apartment, with bookshelves on the walls. He never married, although he came close once. He is a lonely man who confronts life with resigned detachment.

When Freeman’s character realizes he’s dealing with the Seven Deadly Sins, he does what few people would do: Goes to the library. There he looks into Dante’s Inferno, Milton’s Paradise Lost and Chaucer’s Canterbury Tales. What could become a routine cop movie is elevated by the evocation of dread mythology and symbolism. Seven was Fincher’s second feature. It was filmed when he was only 29 years of age. Still to come were such classics as Zodiac and The Social Network.

In his work, he likes a saturated palate. He strongly gravitates toward somber colors and under-lighted interiors. With that said, none of his films are darker than this one. Almost all mainstream thrillers seek first to provide entertainment. This one intends to fascinate and appall. By giving the impression of scholarship, Detective Somerset lends a depth and significance to what the killer apparently considers moral statements. When he’s told his crimes will soon be forgotten in the daily rush of cruelty, the killer insists they will be remembered forever. They are essentially his masterpiece.

As the cops move closer to their foe (whose identity is revealed late and by then it doesn’t really matter anyway since it’s fundamentally irrelevant), the movie shifts from thriller territory into the realms of horror. It’s here that Fincher and screenwriter Andrew Kevin Walker pull off their greatest coup.

It’s a piece of cinematic genius…the most downbeat ending imaginable. 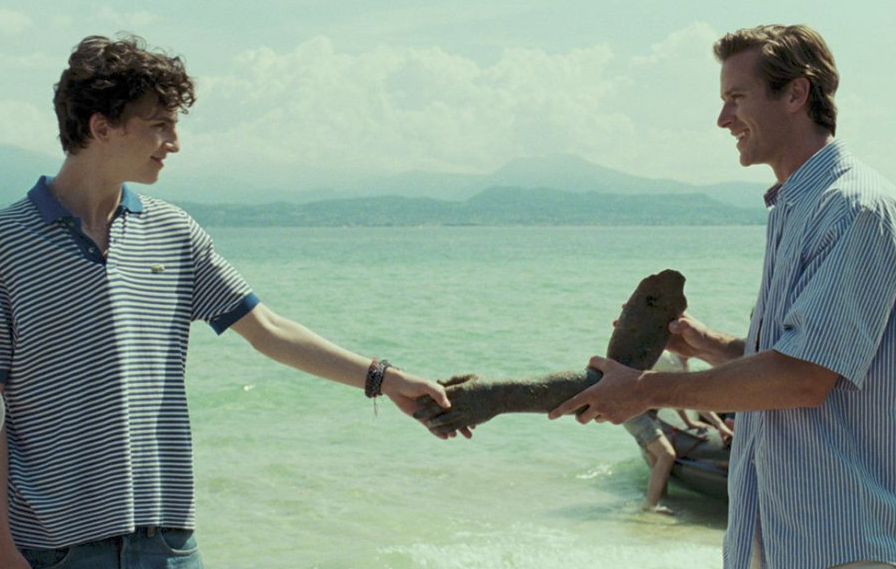 Friday Film Focus: Call Me By Your Name