Ray Charles was not merely a celebrity, he was an institution.

There is no doubt that he deserved this status. With that said, universal esteem is not always a blessing for a gifted artist. Most of Charles’ music has become so familiar that we risk growing death to the innovation that made it incredible in the first place. In Ray — the 2004 film directed by Taylor Hackford — you hear some of Charles’ greatest music. It includes the signature R&B hits of the 50’s, as well as the astonishing forays into pop, country and western of the 60’s. This electrifying take on the joyous art and pained soul of Ray Charles moves this film from the shores of biopic vapidness to the heights of inspiration. Jamie Foxx gets so far inside the man and his music that Charles and he seem to breathe as one. His performance is funny, fierce, and deeply moving. A skilled pianist himself, Foxx does Charles proud on the keyboard. Though he mainly moves his lips to Charles’ vocals on hits such as “I Got a Woman” and “Georgia on My Mind,” Foxx shifts from song to conversation with a brilliant ease.

Ray Charles became fully blind by age 9. This occurred two years after witnessing the drowning death of his little brother. In a memory that continued to haunt him throughout his life, he stood motionless while the little boy drowned absurdly in a bath basin. He never forgave himself. The film argues that his lifelong guilt over his brothers death contributed to his eventual drug addiction. Would he also then have not been driven to become the accomplished artist that he was? For that matter, what role did his blindness play in his genius? Did it make him so alive to sound that he became a better piano player? For Ray Charles, blindness was more of an attribute than a handicap. Foxx suggests the complexities of Charles in great, exuberant performances. What the actor gets right is the physicality of the man, and what an extrovert he truly was. In the movie and in life, Charles was adamantly present in body as well as spirit. He filled a room — acting physically dominant whilst also interlaced with other people. He was quite eccentric in his mannerisms (especially at the keyboard).

The film places Charles at the center of key movements in post-war music. After an early career in which he aspired to be like Nat “King” Cole, he loosened up, found his sound, and discovered a fusion between the gospel music he heard as a child — and the blues of his teenage years. The film shows Charles finding that sound in Seattle (his improbable destination after leaving Georgia). His meeting with the Seattle teenager Quincy Jones was one of the crucial moments of his life. Before and later, the film continually returns to key scenes involving his mother Aretha (Sharon Warren) — who taught him to dream big and demand the best for himself. She had no money, but insisted that he attend the school for the blind. This development set Charles on his way for life.

The director Hackford trusts the audience’s taste and intelligence enough to assume that we are most interested in learning how he transformed his crooning-style to a raucous fusion of gospel and blues and beyond. As we see in the film, Charles treated the whole range of American vernacular music (black and white, sacred and secular, urban and rural) as a cornucopia of musical possibilities.

Charles also became the genius of negotiations. He ultimately dumped his mentors at Atlanta Records — Ahmet Ertegun (Curtis Armstrong) and Jerry Wexler (Richard Schiff) — for ABC Paramount so he could own his masters. Foxx does extremely well showing how Charles could flash a smile or hug himself with joy to mask a harsh, selfish agenda. In an industry that exploits many performers, Charles took control of his career. He also fathered more children than the film can tell you about (with more women that film has time for). However, he does find his lifelong love with Della Rea Robinson (Kerry Washington).

Charles’ addictions were to heroin and women. He only beat drugs, but Ray is quite perceptive and not unsympathetic in dealing with his womanizing ways. His two key affairs are with Ann Fisher (Aunjanue Ellis) and Margie Hendricks (incredible Regina King). In the film, we get the sense that Charles was honest — and that the women understood him, forgave him, and were essential to him. “On the road,” says Margie, in a line that says more that it seems to, “I’m Mrs. Ray Charles.”

The movie is worth seeing simply for the sound of the music, and the sight of Jamie Foxx performing it. What makes Ray such a satisfying picture, in spite of some shortcomings, is the inventive, intuitive, and supremely intelligent performance of Mr. Foxx. He has mastered Charles’ open mouthed smile and tilt of his head — as well as the speaking style that sometimes sounds like a form of scat singing. Through all the drug abuse, the money, the women, his main concern was always the music. Ray Charles was quite a performer and quite a man; this film not only knows it, but completely understands it. 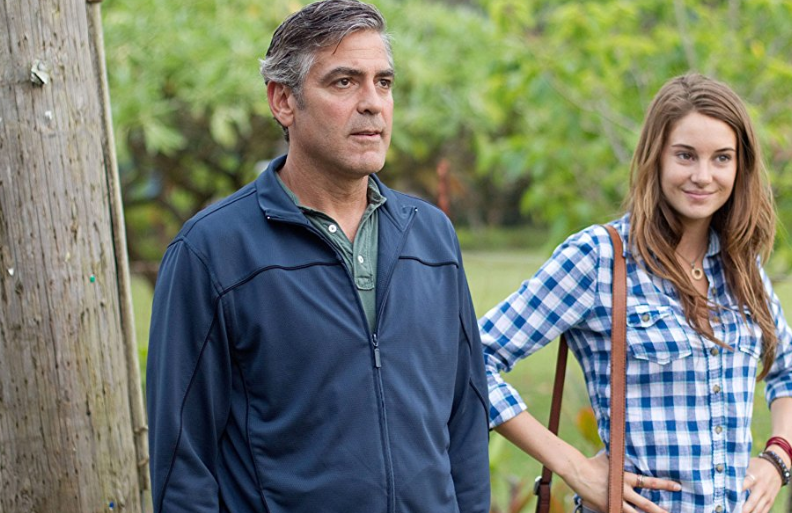