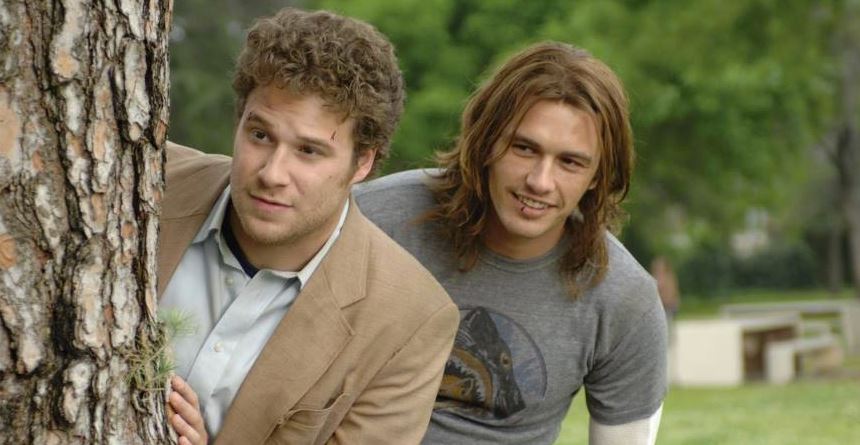 Add about seven years to the ages of the kids in Superbad, toss in bullets, bongs and assassination squads, and you get some idea of the hot box of crazy that is Pineapple Express.

David Gordon Green is the last person you’d expect to find directing a Judd Apatow male-buddy comedy about two potheads who start a drug war. However, he does such a good job. Gordon Green is an actors’ director, and that’s what he brings to this party. He made Rogen a more rounded character than we usually see from this charming but unlikely leading man. He still does his share of bellowing in that Fozzy-Bear’s-angrier-brother way. With that said, he has quieter moments — and comes off extremely likable (even more so than in Knocked Up).

Pineapple Express has all the elements you’d expect from the genre: Male bonding, immature sexual desires, verbal scatology, formidable drug abuse, fight scenes, gunfire, and explosions. It’s a quality movie even if the material is unworthy of the treatment. As a result, yes, it’s a druggie comedy that makes me laugh every single time I watch it.  You’ll go limp from laughing as process server Dale Denton (Seth Rogen) buys the wacky weed of the title from pot dealer Saul Silver (James Franco).

Both are stoned in every single scene. Dale has a romance going with Angie (Amber Heard). I think Dale is still at the age of emotional development where going all the way means asking a girl to go steady. Saul is even more pathetic, hiding in his apartment filled with electronic gizmos and merchandise. Dale drops in on Saul one day to buy some weed, and Saul gives him a sample of a new product just imported by his connection. This is Pineapple Express, a blend of marijuana so sublime, he says, that even smoking it is a crime “like killing a unicorn.”

After leaving Saul’s, Dale goes to serve a summons on Ted Jones (Gary Cole), the very man Saul gets his pot from. Parked in front of the house for one last toke, Dale is horrified to see a squad car parked behind him. Then he has a front-row seat to witness, through a huge glass wall, a man being shot dead by Ted and a female cop (the incredible Rosie Perez). Dale runs like hell, dropping a roach that Ted immediately IDs as pineapple express. This then marks Dale and Sal for death. The buddies know Ted will make this connection. As such, they begin a desperate flight from Ted’s incompetent hit men.

The chemistry between Rogen and Franco is effortless. Let’s be clear: This film is extremely silly. It builds action sequences around two characters for whom athleticism is to be avoided at all costs. This leads them into a funny stumble through a forest preserve, the loss of their car, and Dale’s attempt to plausibly sit through dinner with Angie’s parents. All the while, they’re stoned, bleeding, torn, disheveled, and in need of being hosed down. A third major character enters the scene when Dale and Saul visit Saul’s buddy Red (Danny McBride). Red has already betrayed them to the hit men. McBride spins magic as the third member of these new-century doobie brothers.

All of this leads to a full-scale war between Ted’s men and a rival drug empire. Many, many people die horribly, none more thoroughly than poor Rosie Perez. Pineapple Express is about as frail as an anvil, especially when Saul steals a police car, Dale picks up a machine gun, and Red takes two in the gut. For all the head-banging, Green and his actors — a shout-out to Kevin Corrigan and The Office‘s Craig Robinson as Ted’s henchmen — make their characters count for something.

The movie, shot beyond the call of duty by Green’s gifted cinematographer Tim Orr, is rich in demented details. Producer Apatow, a one-man laugh industry from The 40-Year-Old Virgin to Forgetting Sarah Marshall, had the idea for a shoot-’em-up farce about stoners. Rogen and Goldberg complied with a hoot of a script. It’s hardcore hilarious. Pineapple Express slaps a big, fat, goofy smile on your face that lasts for days. I already have the munchies for more. Rogen, Franco and McBride are on the march into stoner legend. 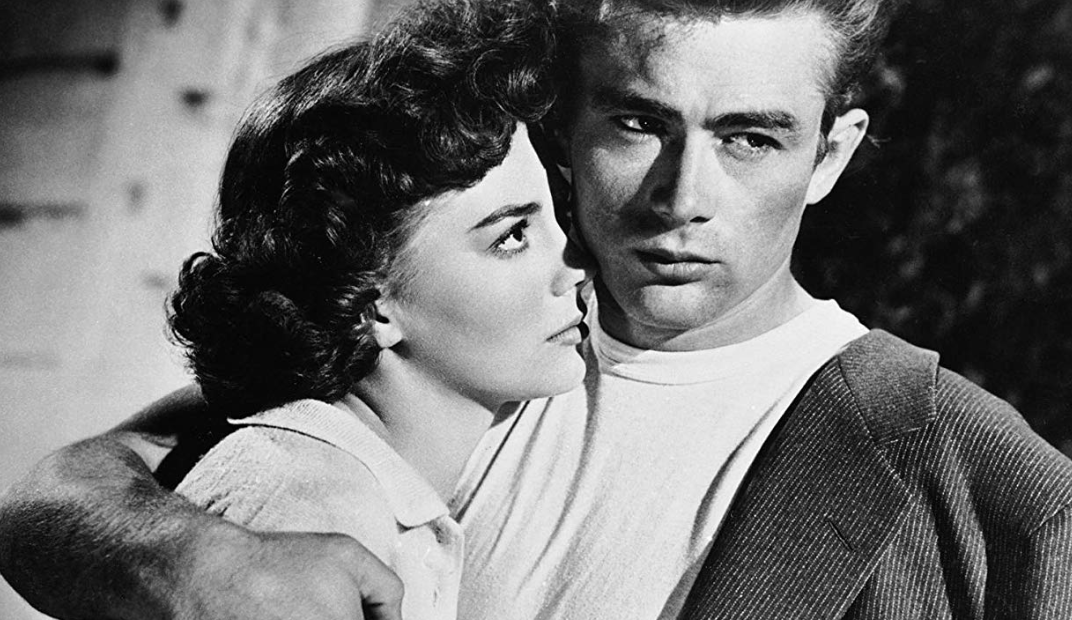 Friday Film Focus: Rebel Without A Cause