Fruitvale Station is a movie that matters. 22-year-old Oakland native Oscar Grant was shot by transit police on a subway platform in the early morning hours of New Year’s Day in 2009. Debuting director Ryan Coogler’s (Black Panther, Creed) approach to this film starts with the pixilated cell phone footage of Grant’s real-life death. It’s not included to add feeling of encroaching dread, but rather to defuse it. The shooting happened at point-blank range while Grant was unarmed and lying face down on the ground. Many bystanders filmed the incident on their phones, and the online video sparked an outcry. The resulting movie is a tough and moving drama about African-American lives. Coogler depicts Oscar as a man — not a statistic — as he retraces the final 24 hours of Grant’s life.

I must say this first and foremost: Oscar was not an animal. He was a human being. He had feelings and dreams. He cared for so many people, and many people cared for him. As Oscar, Michael B. Jordan (Creed, Friday Night Lights) gives a great, commanding performance bursting with feeling and ferocity. His performance is both intelligent and sensitive. Many critics have claimed the film turned Grant into a martyr of sorts. However, Jordan lets us see Oscar as headstrong enough to remain unemployed, and irresponsible enough to cheat on his girlfriend (terrific Melonie Diaz) — the mother of his four-year old daughter Tatiana (Ariana Neal). Grant also turns out to have had a police record (the film shows him as an ex-convict and drug dealer). In a shattering prison scene, Oscar locks horns with his aggrieved mom Wanda (incredible Octavia Spencer) — who is ready to turn her back on a son who keeps promising what he can’t deliver.

Spencer, an Academy Award winner for The Help, exudes grace and grit whilst breaking your heart in the process. She and Jordan are impeccable together. As the film progresses, we see Oscar’s attempts to reform himself. In an early scene, he wins the audience over wholeheartedly. While driving, he calls his mom — who asks if he’s talking on a headset. He says yes (it’s a lie). He then pulls over and slides the phone over his ear into his tight cap. Essentially, Grant is trying to grow up. He’s trying to fix the relationships he burned in the past. There are some fictionally invented episodes showing Grant in a good light, but he is not being romanticized by any means. Oscar Grant was, at all events, a private citizen who did not deserve to be shot in cold blood.

While admitting the man’s flaws, Coogler chooses to give Oscar the benefit of the doubt, which is precisely what he didn’t get on that platform. What makes Fruitvale so effective is its determination to do justice to all aspects of Grant’s character. The film resists the temptation to view him as anything other than a fully flawed human being. The audience gets to see his warmer side throughout the beginning scenes, and his affection is especially visible in his relationship with his daughter (whom he clearly adores).

Coogler’s camera continues to track Grant’s final day as he roams about: Buying a birthday card for his mom, talking to his sister about rent, setting up an abortive drug deal, getting bad news from his job, picking up his girlfriend from work, enjoying his mom’s birthday dinner with his family, and finally leaving his daughter with the sitter in order to take the train into San Francisco with his friends to watch the new year’s fireworks. The movie follows Grant in what amounts to dramatic real time. There is a palpable sense of fear throughout the film. We have seen the footage, heard the true story, and know how it ends.

With every single mention of going out for New Year’s Eve and catching the train instead of driving, there’s a desire to want to scream “No!” Mr Coogler, with a ground-level hand-held shooting style evoking naturalism and alertness, has enough faith in his actors and in the intrinsic interest of the characters lives to keep overt sentimentality to a minimum. You get the sense that he might have made this film even if the world hadn’t handed him this terrible story. Coogler’s main intention and greatest achievement was to make Oscar a fully human presence, to pay him the respect of acknowledging his complexities and contradictions. That’s where the radicalism in Fruitvale lies, in refusal to turn a man into a symbol. Even with a terrible sense of inevitability, this film is rarely predictable. The climactic encounter with BART police officers erupts in a mood of dangerous uncertainty. It defuses inflammatory judgments and bends the audience’s emotional horror and moral outrage. How could this have happened? How did we — meaning any of us who might see faces like our own depicted on that screen — allow it? 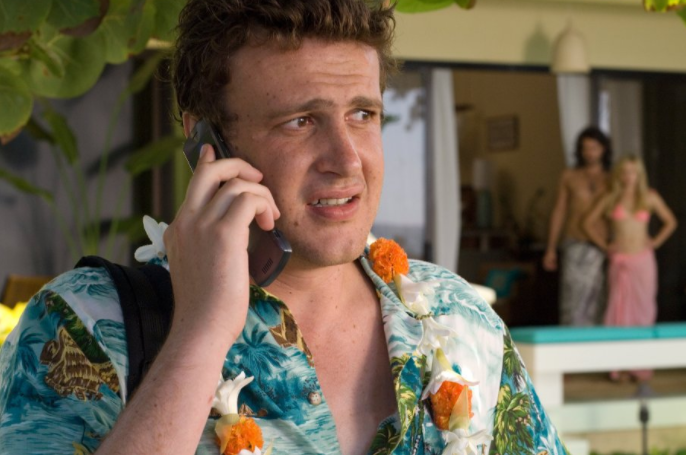