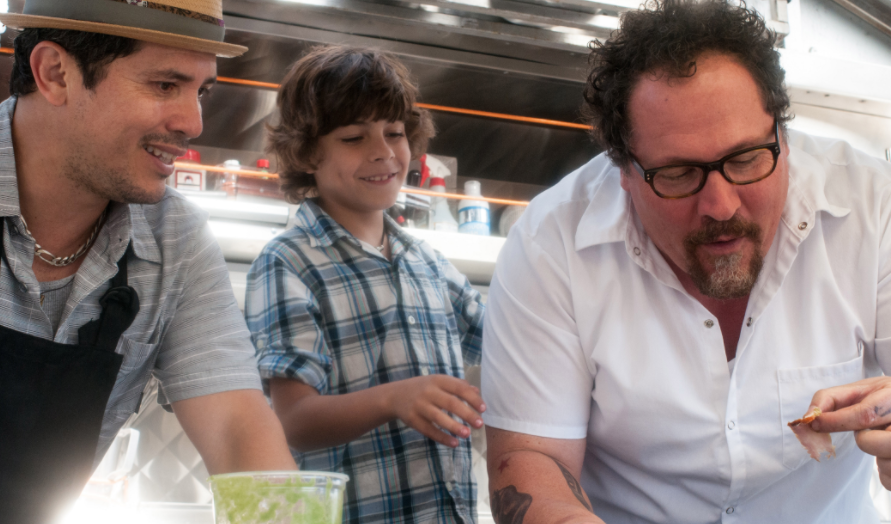 Being that I’m a Texan, I take my food (and more importantly my BBQ) very seriously. My father is one of — if not the greatest BBQ chef (in my humble opinion). He taught me that food is not only to be experienced, but appreciated. When he cooks, it’s with passion and vigor. My father cooked with such meticulousness and joy,  that at times I would just watch him in awe. Chef — written and directed by the incredible Jon Favreau — is an amiable and warmhearted celebration of food and family. Ultimately, it’s also one from the heart.

Favreau made his triumphant return to indie filmmaking (Swingers, Made) after toiling in Hollywood franchises. In this film, he stars as Carl Caspar — a master chef at a trendy Los Angeles restaurant. His constant working has cost him his marriage to wife Inez (Sofia Vergara), and his relationship to their 11-year-old son, Percy (Emjay Anthony). Carl is stuck in a creative rut. The catalyst for change comes in the form of much-feared and respected food blogger Ramsey Michel (Oliver Platt) — who decides to review Carl for the first time in years. Ramsey, who thinks Carl’s menu is predictable and boring, vehemently believes he has lost his touch. He also believes that Carl is no longer the inspiring chef he once was at his old Miami restaurant. Foodies will absolutely love the kitchen scenes, as he’s preparing a new menu with the help of his grill chef, Martin (John Leguizamo), and sous-chef, Tony (Bobby Cannavale).

Restaurant owner, Riva (played by iconic Dustin Hoffman), brings Carl’s enthusiasm and excitement to a screeching halt. Comparing Carl to a Rolling Stones concert in one of the funniest lines of the film, he insists Carl stick to the original menu: “Look, if you bought Stones tickets and Jagger didn’t play Satisfaction, how would you feel? Would you be happy?”  The result is a scathing review by Ramsey — suggesting the reason for Carl’s weight gain is due to him eating all the dinners sent back to the kitchen. He is beyond hurt, and it’s a blow to his very core.

Having learned from his son Percy that the detrimental review is up on Twitter, Carl decides to create an account in order to track the reactions. He begins to retaliate, and accidentally replies to the critic publicly rather than in a direct message — which then ignited a war of words between the two. The result is a face-to-face encounter with Ramsey. Carl loses his temper in front of a packed restaurant, and subsequently his job as a result. The video of the brawl goes viral, and Carl is now unemployed and unemployable. In a fortuitous turn of events, Inez decides to pay his way to Miami to watch over Percy while she takes care of some business. Her ulterior motive is for him to get inspired again at the place where his love for food and culture began. With a little financial help from her first husband (Robert Downey Jr.), Carl is gifted a food truck so he can jump-start his creativity, and get back to the basics of cooking. Downey completely steals the scene with his quick wit and humor, while Favreau is merely trying to keep up. The duo has an immediate connection due to working together on Iron Man and Iron Man 2. Chef has the ability to depict a melting pot of different cultures and people all coming together for the love of food.

Leguizamo’s character, who adds a comedic spice to the film, decides to join Carl on the food truck adventure as his new sous chef. They agree to take the truck back to LA in what begins as a food-fueled travelogue with Carl, Martin, and Percy stopping at New Orleans for beignets (at the famed Café du Monde). They also take a detour in Austin for authentic Texas brisket. The local color of each city is depicted so beautifully, and the food scenes are some of the most mouth-watering of the entire film. A tender subplot involves Carl’s relationship to his estranged son, Percy. As the film progress, Percy becomes a sort of social media tutor to his father, and is able to gather a huge fan base for him and the food truck. Their relationship grows stronger throughout the traveling. Carl is able to become the dad that Percy has deserved all along.

Chef is entirely predictable, but the journey is never less than extremely enjoyable and funny. The chemistry between all the actors is brilliant, and depicts just how great Favreau is not only as an actor, but also as a director. The soundtrack alone is amazing — helping to bring the film to life with genres such as bluegrass, soul, country, and salsa. What I love about Chef is that it’s not just a feel good movie, but it’s a feel-good-for-your-soul movie. 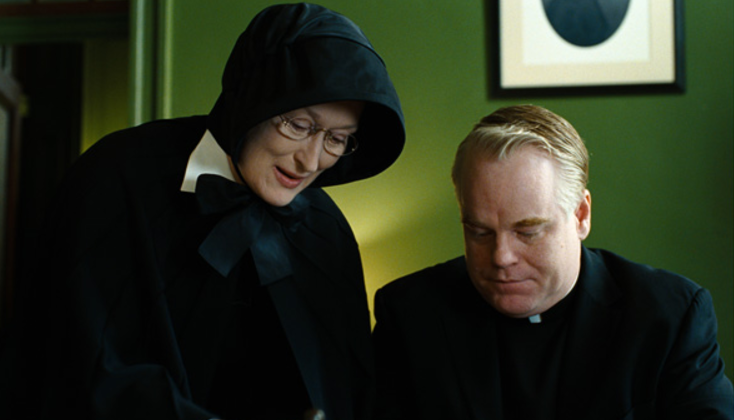