When was the last time you got pumped by a car chase?

Baby Driver has it all — laughs, sex, nonstop action, thrills, an insane soundtrack, a star-making performance from Ansel Elgort. It also has a director (Edgar Wright) who can knock the wind out of you. This revved-up ride of a movie is loaded with moments, and they’re spectacular.

Baby is a young man who creates remixes of his life. He records conversations had around him on an old-fashioned mini-cassette recorder, and then mixes them into songs with some wonderfully antiquated keyboard and rhythm equipment. At the film’s center is Elgort, who uses earphones to drown out the “hum-in-the-drum” of tinnitus (the result of a childhood accident). He orchestrates his life to carefully chosen iPod playlists. Whether he’s burning rubber or fixing a peanut butter sandwich, this former joyrider spins his wheels and records with the same infectious exuberance.

Yes, his name is “B-AB-Y, Baby.” At least, that’s the name he gives people when asked — although he’s more often ignored. He’s the nearly silent getaway driver for a robbery syndicate managed by Doc, who organizes the crime, hires three criminals, and then puts them in Baby’s car. You see, Baby can drive. I mean, REALLY drive. But he needs music to do it. The world around him moves to the music on one of his many iPods. He has various ones for different moods. Sometimes, the world seems to respond to his choice. Other times, his choice seems to influence the world around him. Either way, music is as essential to the success of Baby Driver as it was to La La Land (maybe even more).

Accidentally indebted to Doc, Baby is always “one more job” away from freedom. At home, he cares for foster father Joseph (CJ Jones). Baby has learned signing and lip-reading from him. These have proven to be invaluable skills. The kid never robs a bank himself (no stomach for it). Doc sets up a crew that redefines the term natural born psychos. Folks with criminal handles are used. This includes Bats (Jamie Foxx) and Griff (Jon Bernthal), along with Buddy (Jon Hamm) and his main squeeze Darling (Eiza Gonzalez).

Baby Driver feels influenced by the modern era of self-aware, pop-culture filmmaking and charmingly old- fashioned tendencies at the same time. Take the riveting first scene. The three criminals — Buddy, Darling, Griff –leap from a car outside of a bank just as Baby cues up “Bellbottoms” by The Jon Spencer Blues Explosion. Everything from this point on moves in rhythm with the music from the slamming of the car doors after the bank robbers return to the squealing tires of one of the best car chase scenes in years. We’ve seen countless action scenes scored to pop or rock songs, but how many have you seen in which the action works in unison with the music? It’s phenomenal.

Wright takes this brilliant concept a step further, making even everyday normal activity feel like it’s part of Baby’s soundtrack. Baby Driver slows down a bit when our hero falls hard for a diner waitress named Debora (Lily James). But the sweetness of their romance makes a pleasing contrast to the violence that escalates in the film’s final act. The only sure thing in Baby’s life is his growing love for waitress Debora, who does indeed “look like a zebra” in her black and white diner uniform, and who sings “B-A-B-Y” to herself as she waits tables.

James is enormously appealing as this dreamer. Since Baby is a man of few words, Elgort uses his expressive eyes as a window into Baby’s heart. It’s a challenging beast of a role and Elgort just crushes it. At its core, Baby Driver recalls decades of movies that anchored their narratives on criminals and the art of the car chase. There’s a remarkably old-fashioned sensibility to the way Wright structures and details his film. Baby Driver is a high-concept film that never underwhelms detail, and it’s those charming little beats within the overall tune that hold it together. It also helps greatly that few people know how to assemble a cast like Wright. Unlike most Hollywood action movies, the survival of the heroes here becomes something we actively root for.

The “villains” of the piece are perfectly cast and directed as well. Foxx is particularly phenomenal in a role that’s both funny and filled with simmering danger. Still, this is Wright’s show. Best known for his Cornetto Trilogy (Shaun of the Dead, Hot Fuzz and The World’s End), the ever-dazzling Wright tops himself with this start-to-finish sensation. Wright spent years perfecting how he wanted Baby Driver to look and sound on screen. The British director’s attention to detail pays off handsomely. As Baby Driver progresses, with Queen, Young MC, Martha Reeves and Simon & Garfunkel reverberating in Baby’s ears and on the soundtrack, this one-of-a-kind filmmaker leaves his indelible stamp on every frame. Wright is a true cinematic master. Buckle up. 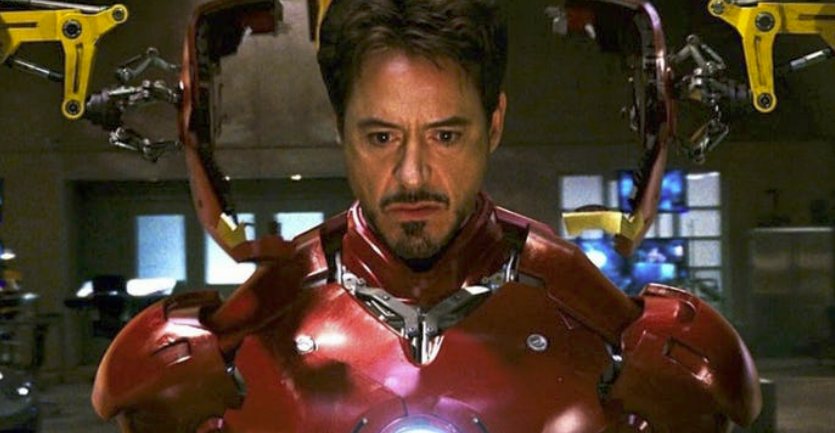