Since its conception in 1997, Netflix has had an immense impact on both television and film. The creation of original content has led Netflix to have nearly 100 million subscribers worldwide.

This piece will take a look at the 20 must-see Netflix originals — which include films, documentaries, and series.

Beasts Of No Nation

Based on a 2005 novel, Beasts of No Nation is a gut-wrenching story focused on a child soldier in West Africa. Director Cary Joji Fukunaga utilizes brilliant cinematography to depict the brutality within territorial warfare. Fukunaga also delves into the abhorrent issue of orphaned youths being forced into fighting — which is then aided by alcohol and drug use. Abraham Attah’s debut as the young protagonist was terrific, as was veteran actor Idris Elba as the ruthless Commandant. While this film may leave you emotionally exhausted, it’s certainly one to watch.

Okja is an artistic platform for the global act of consumerism. Directed by South Korean director Bong Joon-ho, this magical-realism centers on a young girl and her pet — a giant ‘super pig’ named Okja. These creatures were essentially created for the sake of providing the world with an environmentally-friendly (and healthy) mass food option. The whirlwind story features the young girl searching far and wide for her pet, as it was sold to a large corporation by her grandfather. The film does feature a strong cast (Tilda Swinton, Lily Collins, Jake Gyllenhaal, Giancarlo Esposito). If anything, this atypical storyline will make you think.

Historically-accurate series are always fun to watch. When crime and violence is thrown into the mix, the entertainment value increases even further. This series chronicles the life of famed drug kingpin Pablo Escobar. His extensive network of connections is wildly fascinating — as are the methods for developing his mass fortune. Brazilian actor Wagner Moura performs wonderfully as a vicious, yet thoughtful and sometimes introspective Escobar. Filming in Colombia provided a brilliant milieu for the show. The third season of the series is scheduled to be released within the next year. 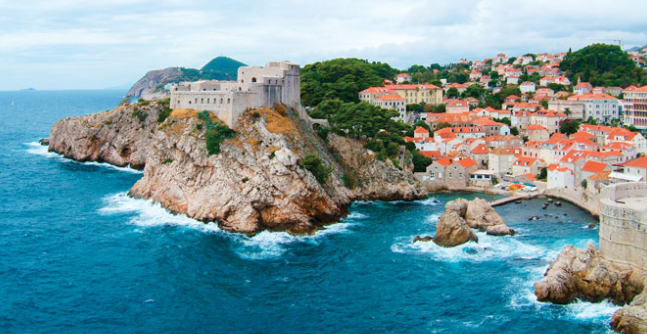 18 Best Cities To Visit In Europe On A Budget