Being a part of one of the world’s biggest sitcoms was not easy for Robert Reed. Reed, who portrayed the father Mike Brady, didn’t want to be involved with The Brady Bunch. Due to his time spent in England studying Shakespeare, Reed found television to be “beneath him.” In addition to not respecting television acting, Reed detested the type of situational comedy The Brady Bunch utilized. According to fellow cast members, Reed became increasingly agitated as the show went on. Reed often debated leaving the show — but his need for money and love for his TV family kept him from doing so. While Miley Cyrus’ time on the show Hannah Montana helped lead her down the path to super-stardom, Cyrus suffered behind the scenes.  Only 13 years old while filming the show, Cyrus regrets missing out on normal childhood experiences. Aside from not being able to spend time with friends, the popstar has revealed the show affected her both physically and emotionally. Cyrus believes her time on the show most likely caused some body dysmorphia, as well as psychological damage that has crossed over into her adult years. In 2003, few television shows were more popular than The O.C.. At 17 years old, Mischa Barton gained national notoriety for her portrayal of Marissa Cooper — the main love interest of two other lead characters. The show’s popularity garnered more attention than the young actress was ready to handle. Barton quit the show after three seasons, later revealing she felt like she “was in a machine and couldn’t really get off.” Katherine Heigl’s departure from Grey’s Anatomy represents one of the more bizarre Hollywood stories from the past decade. After winning an Emmy for Best Supporting Actress in a Drama in 2007, Heigl withdrew her name from consideration the following year. Over the next two years, Heigl took multiple sabbaticals — ultimately ending in a 2010 departure. Heigl believes those two decisions resulted in the industry blackballing the actress. Once seemingly on track to become one of Hollywood’s biggest stars, Heigl’s career has floundered in recent years. A rumored feud with co-star Alyssa Milano may have expedited Shannen Doherty’s Charmed experience, but the two former TV sisters have since reconciled. Amidst mounting rumors of dissension among the stars, Doherty eventually orchestrated her own departure. Tasked with directing the season three finale, Doherty had her character killed off the show.

Angus T. Jones – Two and a Half Men Angus T. Jones’ departure from Two and a Half Men was the furthest thing from civil. Jones took to YouTube to call the show “filth” while simultaneously calling for his listeners to boycott the show. The child actor stated his rediscovery of his Christian faith made him incapable of being on the show any longer. After playing the character “Chef” on South Park for the better part of a decade, Isaac Hayes abruptly left the show in 2006. Hayes criticized the satirical nature of the program, particularly noting instances when the satire was aimed at religious beliefs. Matt Stone, a co-creator of South Park, claimed Hayes’ problems stemmed from an episode focused on Scientology. Years after Hayes’ death, his son came forward to claim someone within the Church of Scientology had quit South Park on Hayes’ behalf — claiming Hayes didn’t have a say in the matter. It is safe to say George Clooney regrets being a part of Batman and Robin. Throughout his career, Clooney has made a point to apologize for the film. The star has gone as far as to say he thought the film was so poor it killed the franchise. While he may have hated the film, Clooney credits the film’s failure for sparking better career choices.

“After the failure of that film creatively, I understood that I needed to take control of the films I made, not just the role.” – George Clooney Gossip Girl may have led to Penn Badgley’s fame, but the former cast member is not shy about his distaste for the show. Since his departure, Badgley has disparaged his former gig multiple times. The harshest criticism came while Badgley was promoting Greetings from Tim Buckley:

“To be proud of something is a really nice feeling… And it’s a new feeling, and it’s something that I wanna keep going with. I can walk a little taller feeling that I don’t have to be constantly apologizing for the work that I’ve done in the past.” Nicole Kidman has enjoyed a fabulous career. However, the Australian actress has one huge regret in her portfolio. Australia, a story revolved around Kidman falling for Hugh Jackman, has become unwatchable for the star actress. Kidman has been vocal about her embarrassment stemming from her performance in the film. She has gone as far as to say, “It gets worse as I get older.” Another actor with an extensive portfolio, Mark Wahlberg is on record saying Boogie Nights stands alone as his poorest career choice. “I’ve made some poor choices in my past. ‘Boogie Nights’ is up there at the top of the list.” As Wahlberg has matured, his perspective on his career choices has changed. Citing his valuation of family and faith, Wahlberg has openly discussed his hope that “God is forgiving.” Chace Crawford is the second male cast member from Gossip Girl to appear on this list — and here’s a good reason why. “I’m gonna look for my dignity. My dignity is somewhere on set. I think it happened around season two. Leading into season three, it was all out the window.” If there was ever a ringing endorsement for having problems with your job, this was it. Daniel Radcliffe enjoyed much of his time portraying Harry Potter. However, Radcliffe is on record saying the filming of Harry Potter and the Half-Blood Prince was miserable. Not only does the star claim it was his worst performance of the series, but he goes as far as saying he hates the movie due to his acting. Radcliffe has also admitted to drinking in excess during filming (which may have contributed to his self-admitted poor work). Matt Damon has had great success with the Bourne series, including The Bourne Ultimatum. However, that success hasn’t come without its problems. Damon deemed the Ultimatum script ‘unreadable’ and a ‘career-ender’. In an interview with GQ, Damon would go on to say, “It’s terrible. It’s really embarrassing.” Titanic was a colossal success. Kate Winslet has enjoyed a wonderful career — including an Academy Award nomination for her performance in the film. However, there a few things that have stuck with the star long after filming. Celine Dion’s classic song, “My Heart Will Go On,” particularly triggers Winslet. She has said in the past, “I do feel like throwing up” whenever hearing the song. In addition, Winslet is fed up with not being able to get on a ship without the requisite jokes and comments that come with embarking on another boat ride. Sally Field is a lovable person. Aunt May, Spider-Man’s aunt, is also lovable. Unfortunately, Field did not love portraying Aunt May in The Amazing Spider-Man. Field openly admitted she did not prepare well for the role. With that said, it didn’t stop her from slamming the character. “It’s really hard to find a three dimensional character in it, and you work it as much as you can, but you can’t put ten pounds of shit in a five pound bag.” Channing Tatum doesn’t hold anything back while describing his disdain for G.I. Joe: Rise of the Cobra. Tatum, a lifelong G.I. Joe fan, despises his rendition of Joe. “Look, I’ll be honest. I f****king hate that movie. I hate that movie. I was pushed into doing that movie.” Tatum acknowledged he had agreed to make the film years prior to its production. By the time it came up, he wanted no part of it. “The script wasn’t any good, I didn’t want to do something that I thought was 1) bad, and 2) I just didn’t know if I wanted to be G.I. Joe.”

Charlie Sheen – Two and a Half Men Charlie Sheen’s career has been one wild ride. Due to his erratic and outlandish behavior, Sheen was fired from Two and a Half Men in 2011. In the years following his dismissal, Sheen has remained incensed with many people involved with the show — namely Chuck Lorre. Sheen described the Two and a Half Men producer as miserable, talent-less, and stupid. Stana Katic enjoyed a lengthy run on Castle. A main player since the show’s pilot episode, Katic was blindsided when the studio decided against re-signing her for the show’s ninth season. Three years have past and Katic is still in the dark as to what happened: “I’m still not clear on the thought process behind the way that it went down. It hurt and it was a harsh ending.” The decision to not retain Katic backfired — as Castle was cancelled less than a month later. Before starring in Homeland, Mandy Patinkin was tabbed to lead CBS’ hit show Criminal Minds. However, Patinkin shocked everybody when he decided to leave Criminal Minds after only two seasons. Patinkin cited the source material being far too dark for his liking:

“The biggest public mistake I ever made was that I chose to do Criminal Minds in the first place. It was very destructive to my soul and my personality. After that, I didn’t think I would get to work in television again.”

Brad Pitt – The Devil’s Own Even a superstar can hit a rough patch. For Brad Pitt, The Devil’s Own was one of his worst career moves. Pitt blasted the film, calling it a “disaster.” But Pitt didn’t stop there. The actor described the film as “the most irresponsible bit of filmmaking, if you can even call it that, that I’ve ever seen.” Everyone acknowledges Catwoman was an atrocious movie. Leading the charge in dismissing the film was Catwoman herself, Halle Berry. The film won four Razzie’s — awards given to the year’s worst films. Berry delivered one final blow during her acceptance speech for Worst Actress: “I want to thank Warner Bros. for casting me in this piece-of-sh–, god-awful movie.” Super Mario Bros. should have remained a video game. Instead, it was adapted into one of the worst films of all-time. Bob Haskins doesn’t bother holding back his feelings on the horrendous movie:

“The worst thing I ever did? Super Mario Brothers. It was a f***in’ nightmare. The whole experience was a nightmare. It had a husband-and-wife team directing, whose arrogance had been mistaken for talent. After so many weeks their own agent told them to get off the set! F***in’ nightmare. F***in’ idiots.”

Tell us how you really feel, Bob. 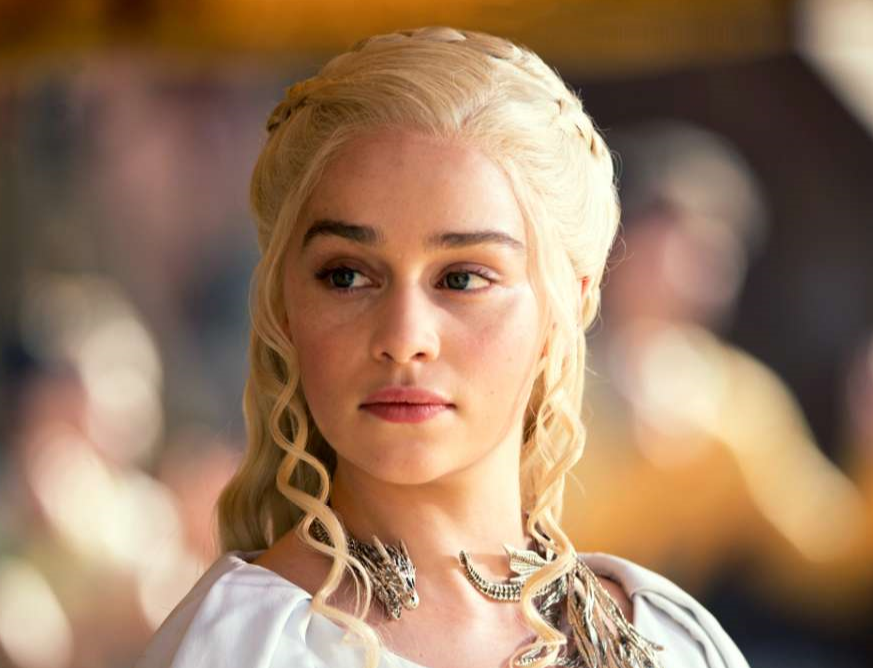