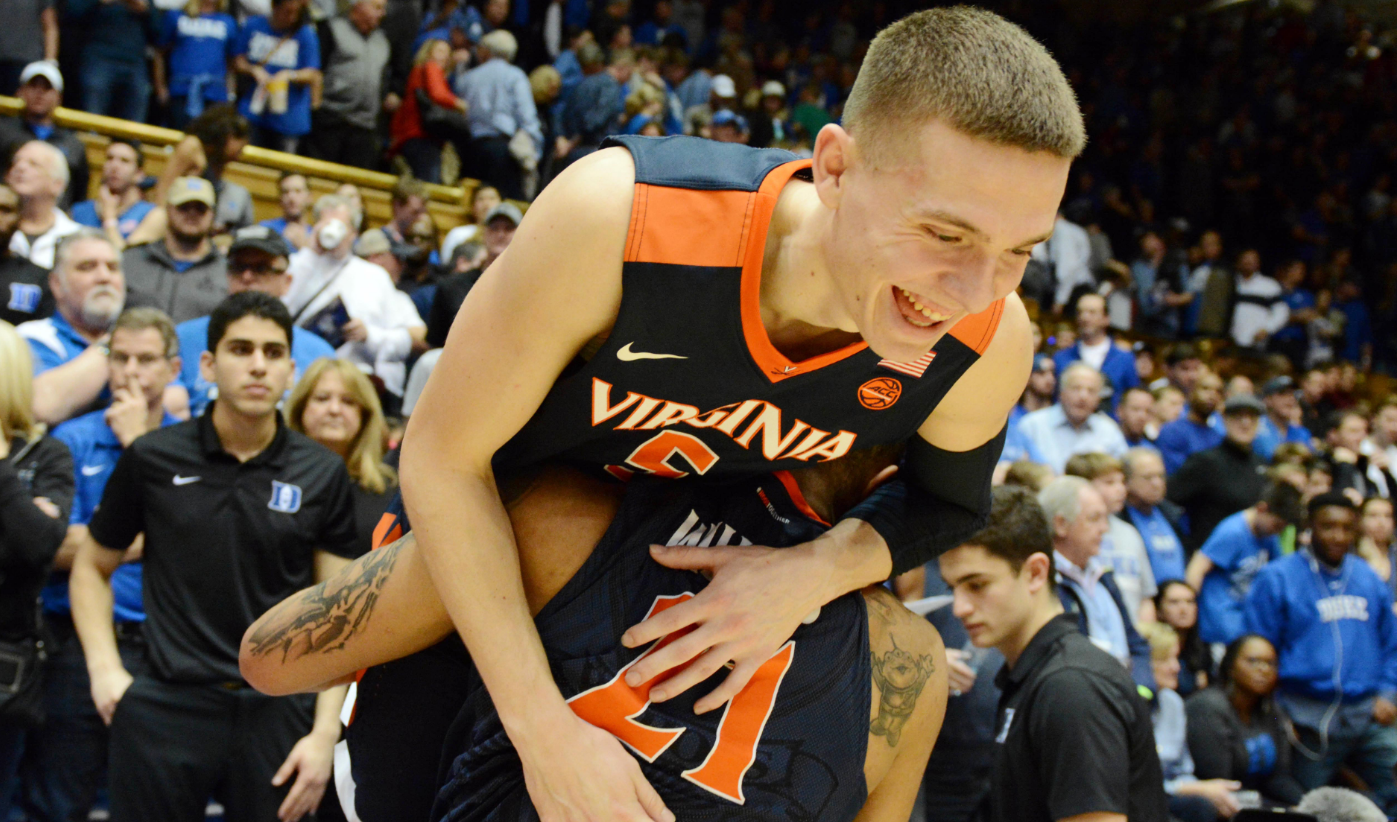 Despite what the rankings say, Virginia is the best team in college basketball. Through their first 21 games, the Cavaliers have proven they are more than deserving of the top spot.

Entering the year, there were mixed opinions surrounding Virginia’s outlook. After suffering an embarrassing loss in the Round of 32 to Florida last season, it seemed unlikely the scrappy Cavaliers would contend for an ACC Title in 2018. Senior leader London Perrantes was graduating, and the team had also lost Malcolm Brogdon the year before to the NBA. From a personnel perspective, Virginia’s projected depth chart appeared uneven when compared to previous Tony Bennett-led teams.

However, this group possesses as much fight and discipline as any team in the country. Bennett’s teams are known for their defensive prowess. This year, Virginia has taken it to an entirely new level. The Cavaliers are the unquestioned best defensive crew in college basketball — and it isn’t all that close. Through 22 games, Virginia is allowing a Division 1-leading 52.7 points per game. The gap between Virginia and second place (PUT SECOND PLACE STATS) is more substantial than the difference between third place (UCF, 60.2) and 20th place (Michigan State, 64.2).

It’s not all that surprising for college basketball enthusiasts to see Virginia pacing the nation in points allowed. The Cavaliers have lived atop these rankings for the better part of a decade. Their players genuinely enjoy playing defense, and Bennett instills the right principles on that end. The likes of Brogdon, Justin Anderson, and Isaiah Wilkins have been integral members of the defense-first movement.

Critics of the program will point to their plodding offensive attack as the main catalyst for the Cavaliers allowing so few points. Virginia has been dead-last in pace during ACC play in each of the last four seasons. However, that fact doesn’t tell the entire story. Just looking at the raw numbers, this is the fastest Virginia squad since 2010 (Bennett’s second year with the school). Bennett has also made a more concerted effort to modernize the offense — eschewing mid-range tries in favor of hoisting more threes.

The changes have predominantly worked. Virginia is off to a blistering 21-1 start. This includes notable victories against respected opponents. The question persists: Why do the Cavaliers not hold the No. 1 spot?

Well, for starters, the team ahead of them is pretty darn good.

Villanova is now 22-1 — and has arguably the best offense in the country. The Wildcats don’t take bad shots, and can fill up the scoreboard in a hurry. They’re the only team in the nation that ranks in the top-10 in points scored, field-goal percentage, and three-point percentage. Jay Wright’s club also has one thing the Cavaliers don’t have: Star power. Jalen Brunson is a Naismith Player of the Year candidate, and swingman Mikal Bridges appears to be a lottery pick.

But a national ranking isn’t based upon the flashiness of an offense or the perceived NBA draft stock on a roster. Schools should be ranked on the team’s success alone, and no team — including Villanova — can compete with Virginia’s resume.

The Cavaliers are polishing off a week in which they held an 18-4 Clemson team to 36 points. It also defeated the mighty Duke Blue Devils in Cameron Indoor. Triumphs on the season include victories over North Carolina, Virginia Tech, Rhode Island, NC State, Louisville, and VCU. In total, the Cavaliers are 5-0 against teams currently ranked in the Top-25 in RPI. Their lone blemish came on the road against rival West Virginia.

Villanova lost their perfect season bid when Butler shot the lights out on December 30th. Other than that, the Wildcats have been spotless. Prominent victories have come against a majority of the Big East — as well as versus a competitive Gonzaga squad. With that said, beating up on the Big East doesn’t hold the same weight as a 10-0 record against the ACC does.

The other team earning a vote for No. 1 this week (Purdue) has faced the 58th hardest schedule in the nation .The Boilermakers have just one significant road victory this season — a narrow one-point victory over Michigan in Ann Arbor. This win doesn’t have quite the same effect as handing Duke their first home loss of the season.

From start to finish, the Cavaliers have looked like the most impressive team in college basketball. Only time will tell if they can keep up this standard of play. It’ll likely take a Villanova loss for Virginia to take over the top spot. Regardless, the Cavaliers are the best team in the country right now, and look poised to grab a No. 1 seed in the NCAA Tournament. 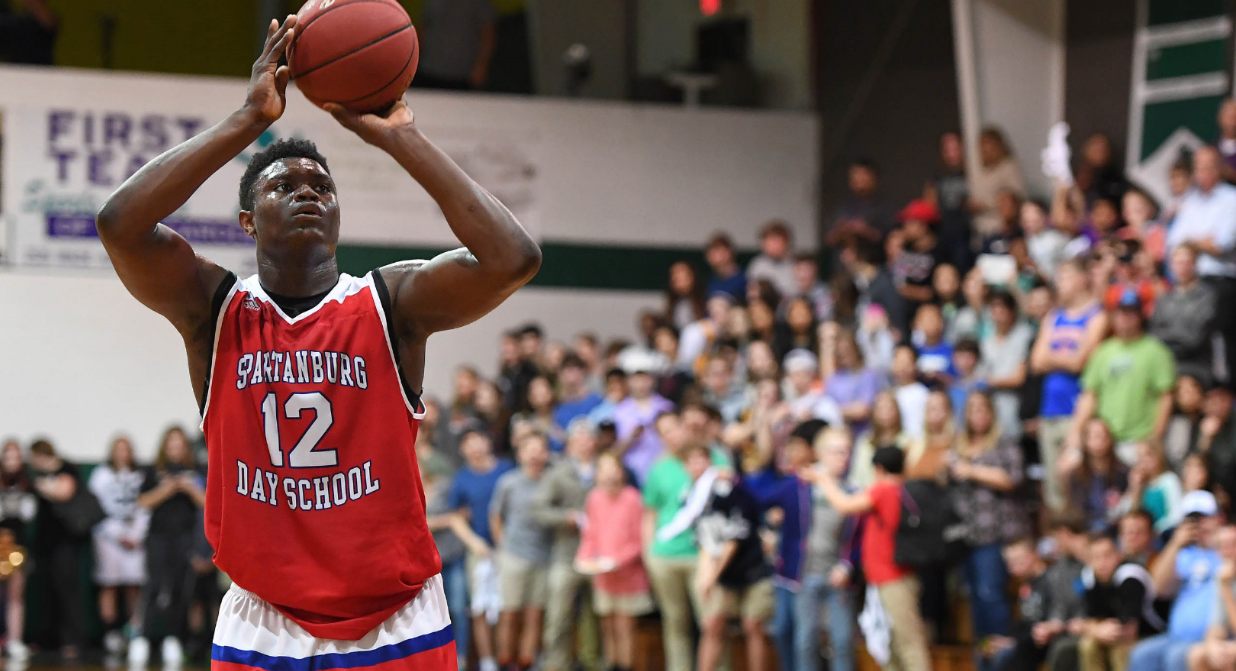