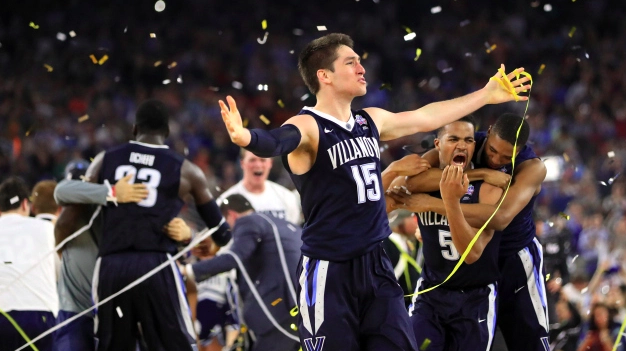 If you missed Monday night’s championship game, you should promise yourself right now that you will never make that same mistake again. In an instant March Madness classic, the Villanova Wildcats defeated the North Carolina Tar Heels 77-74.

And while the score communicates that it was a close game, it doesn’t even begin to tell the story of the craziest finish in championship history.

Despite star players Marcus Paige and Brice Johnson having relatively quiet first halves, North Carolina held a five-point lead at the break. The lead didn’t last long though, as it was Villanova who controlled much of the second half.

Behind great defense and tremendous shooting, Villanova stretched their lead to 10 points with 5:29 left in the game. The Tar Heels weren’t ready to lie down though and stormed back to cut Nova’s lead to one with 60 seconds left.

After some made free throws and fouling, the Tar Heels faced a three-point deficit with 13 seconds left. Point guard Joel Berry II got the ball to Paige – the man who led the North Carolina comeback, and he did this:

The double pump, off-balance, hanging three-pointer would’ve lived in North Carolina/college basketball infamy, except there were still 4.7 seconds left on the clock for Villanova. After head coach Jay Wright called timeout, the Wildcats responded with this:

Point guard (and eventual Most Outstanding Player) Ryan Arcidiacono perfectly found trailing big man, Kris Jenkins, giving Villanova their first title since 1985. A devastated Paige spoke to reporters after the game about Jenkins’ game-winner, saying, “Soon as he got it, I had a bad feeling about it.”

North Carolina head coach Roy Williams also spoke to the media, fighting back tears while discussing the roller coaster of emotions endured in the last five seconds: “The difference in college basketball between winning and losing is so small. The difference in your feelings is so large.”

For the brutal heartache North Carolina must feel, the Wildcats are obviously experiencing quite the opposite. And after beating Iowa, Miami, Kansas, Oklahoma and North Carolina en route to the championship, there’s no doubt Villanova was deserving of the title.

As a member of the Big East, Villanova reminded people that college basketball isn’t simply dominated by the Power-5 Conferences (like football).

And that fact just adds a bit more madness to March.