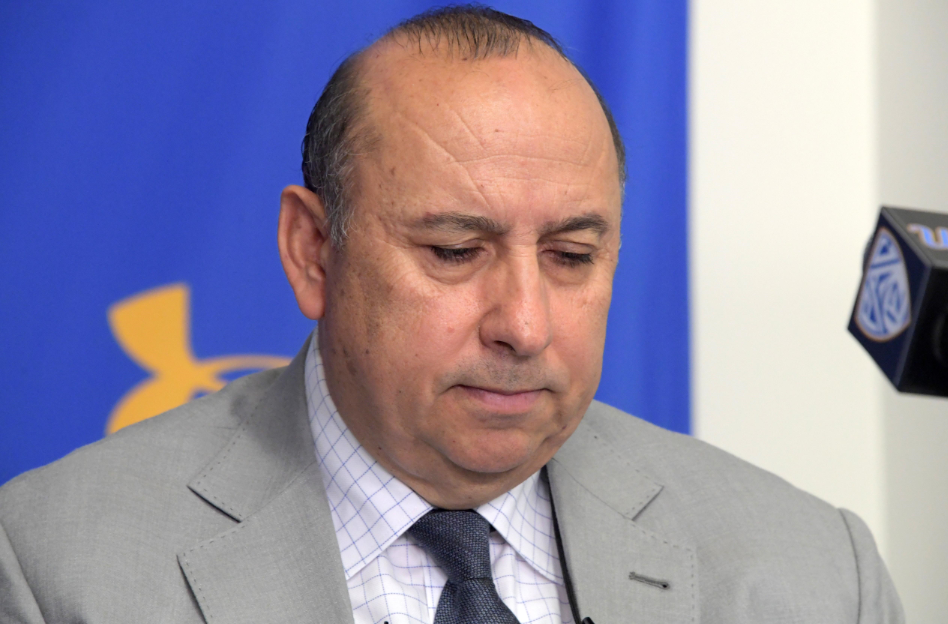 As such, this gave the athletic department plenty of time to get their proverbial ducks in a row when finding Alford’s replacement. One would think an institution of UCLA’s magnitude/prestige would be able to come up with a cogent and thoughtful plan.

Four months after firing Alford, UCLA landed on Cincinnati head coach Mick Cronin to run the basketball program. Before we delve into why the hiring of Cronin makes little to no sense, let us first revisit the shambolic nature of this coaching search.

Despite being a bit of a relic in today’s basketball landscape, UCLA is still a big job. Whether inflated an opinion or not, many were assuming that the program would go full bore after the likes of an elite head coach. While Tony Bennett proved to be a pipe dream, John Calipari became the guy zeroed in on.

Calipari is hilariously good at this. He convinced Kentucky to give him an extension after UCLA offered him the opportunity to take a pay cut. https://t.co/J8CCDekQTy

As has been the case in the past, Calipari played UCLA’s athletic department like a fiddle. It’s not as if UCLA didn’t have the money (reportedly offered Calipari $8 million/year). However, it most certainly didn’t have the foresight or perspective in knowing that Calipari was leveraging the UCLA interest into a “lifetime contract” with Kentucky. Of course, in the aftermath of striking out with Calipari, the national media began jumping on UCLA’s process as “foolish” and “short-sighted.”

From there, Jamie Dixon’s hat was thrown into the ring. The interest in Dixon made sense. He’s an LA native, and actually has done a great job in building two traditionally poor programs (Pitt, TCU). However, the process in getting Dixon back home proved to be a complete disaster. Various reports detailed a process in which UCLA was on the cusp of landing him. Some within the athletic department literally thought the deal was as good as done. And then, we had the buyout issue.

The numbers become a bit hazy as to what numbers on Dixon’s buyout actually were (rumored to be $8 to $9 million). With that said, UCLA seemingly was unwilling to pony up the cash to get what many consider to be an above-average coach. Not only did this make UCLA look immensely bad (yet again) from a national standpoint, but it also reinforced the widely speculated narrative that the university itself is both cheap and not completely committed to its basketball program.

This narrative is somewhat false, considering that UCLA does use a private plane when transporting coaches and players. It also ushered in a state-of-the-art basketball facility (the Mo Ostin Basketball Center) in 2017. In short, money isn’t an issue — though not paying for Dixon’s buyout gives the preexisting narrative some credence.

If UCLA loses out on Rick Barnes, then it’s on to Mick Cronin? How about just hiring Rick Pitino!!

This has turned into a joke. 3 months to go through the hiring process, “work the back channels” and make a hire and this is what Bruins fans get? 🤷🏻‍♂️ https://t.co/qGiwCqCgTO

Whilst pivoting again, UCLA went after this year’s Naismith National Coach of the Year, Rick Barnes. Barnes led UT to a 31-6 record this past year. On paper, UCLA could’ve definitely ‘spun’ his potential hiring as a positive. Let us further discount the fact that Barnes is from North Carolina, has never coached on the West Coast, was fired four years ago from Texas, and is already 64 years of age (and potentially a few years from retirement).

A number of reports indicated that talks between Barnes and UCLA were legitimate. That was, however, until Barnes paid UT’s athletic director Phil Fulmer a visit. In what was a shocker to no one, Tennessee gave Barnes a raise — and thus extinguished any chance he had at leaving for Los Angeles.

Cronin isn’t a bad coach, though there are a considerable amount of questions as to whether he’ll succeed at UCLA. For one, he’s only gotten to the Sweet 16 once in 16 years of coaching. Cronin has never coached at a major school — nor has he dealt with the experience in recruiting high-end talent. Additionally, Cronin — a native of Cincinnati — has spent his entire coaching career in the Midwest. Without any inherent ties to the West Coast, one has to wonder how he’ll adapt culturally.

Essentially, his resume mirrors what Alford’s did six years ago. Both sustained success at a mid-major program. However, neither had ties to the area. Alford had deficiencies defensively as a coach, whereas Cronin’s teams have had a tendency to struggle on the offensive end of the floor. Duly, each coach has failed to advance deep into the NCAA Tournament.

After four months, this is the coach you land on?

Anonymous UCLA fan: (Athletic director) Dan Guerrero better watch out, if he keeps up this level of incompetence he'll wind up the commissioner of the Pac-12.

Picture the UCLA coaching search as a former high school football star. He was once popular, and got with any girl he wanted to during his prep days. At the 20 year reunion, this player will show up still wearing his varsity Letterman’s jacket. Of course, he now resembles George Costanza. Still, he has no shame in moving from girl to girl in the hopes of landing the random hook-up.

It’s quite incredible to witness the ineptness of the athletic department. Despite being a university rooted in excellence, as well as having a basketball program with arguably the richest history of any team in the country, the search was insanely amateur in nature.

To be fair, UCLA isn’t the UCLA of old. It’s a relic at this point, and one which hasn’t been relevant in roughly a decade. Whilst many media pundits understand this premise, the UCLA athletic department does not. The term ‘out of touch’ is applicable in this scenario. UCLA isn’t a top-notch job anymore. It should come as no surprise to see Calipari manipulating the AD in hopes of getting a raise. Instead of wasting time pursuing a guy that was never coming, why not focus on a more manageable candidate? It’s all well and good to vet candidates/have exploratory talks in back channels, but it’s another to stumble full bore into a situation where everyone else but you saw it destined to fail.

UCLA got played not once (Calipari), not twice (Jamie Dixon) but possibly THREE TIMES (Rick Barnes). All this just so the Bruins can give their Plan C coach a reported 6-year, $24M deal.

Aside from that, the rumors of current Athletic Director Dan Guerrero retiring soon don’t help matters. No big-time coach will want to take a job without the assurances that the guy hiring them will stick around for the foreseeable future. This aspect alone hurt UCLA’s search. Additionally, the thought of Senior Associate Athletic Director Josh Rebholz becoming Guerrero’s successor is troubling (to say the least).

This entire process was a complete mess. UCLA rightfully got skewered by the national media. Cronin may be a successful coach in Westwood. Regardless, this process didn’t inspire a ton of optimism for a future ran by Guerrero and Rebholz. 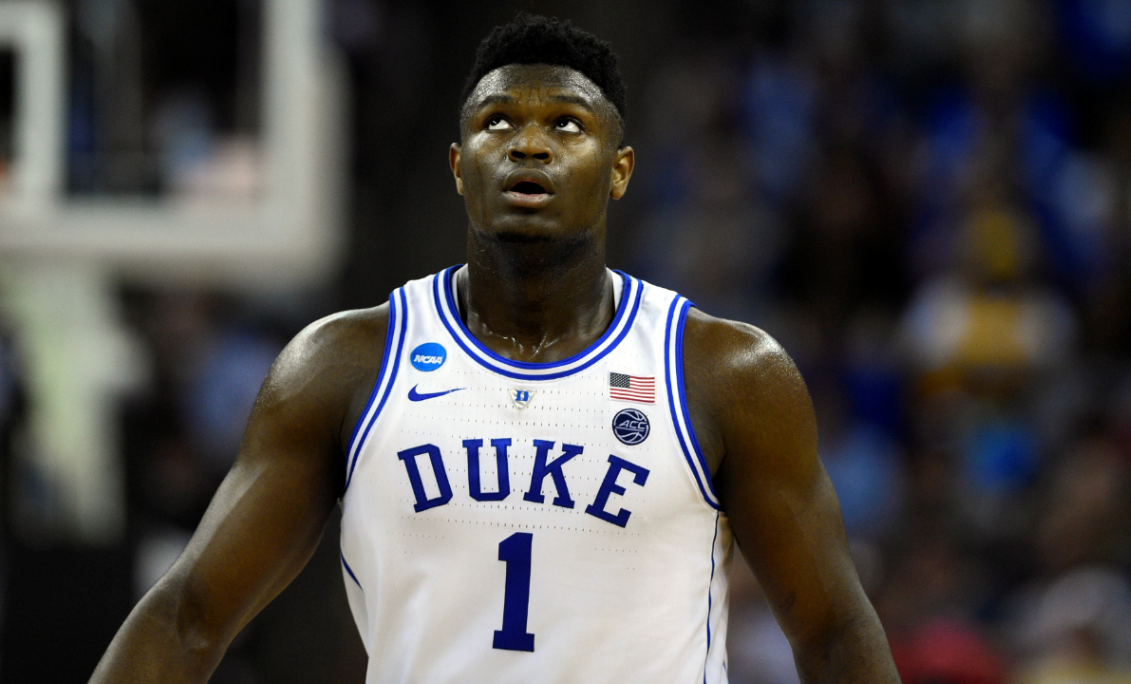