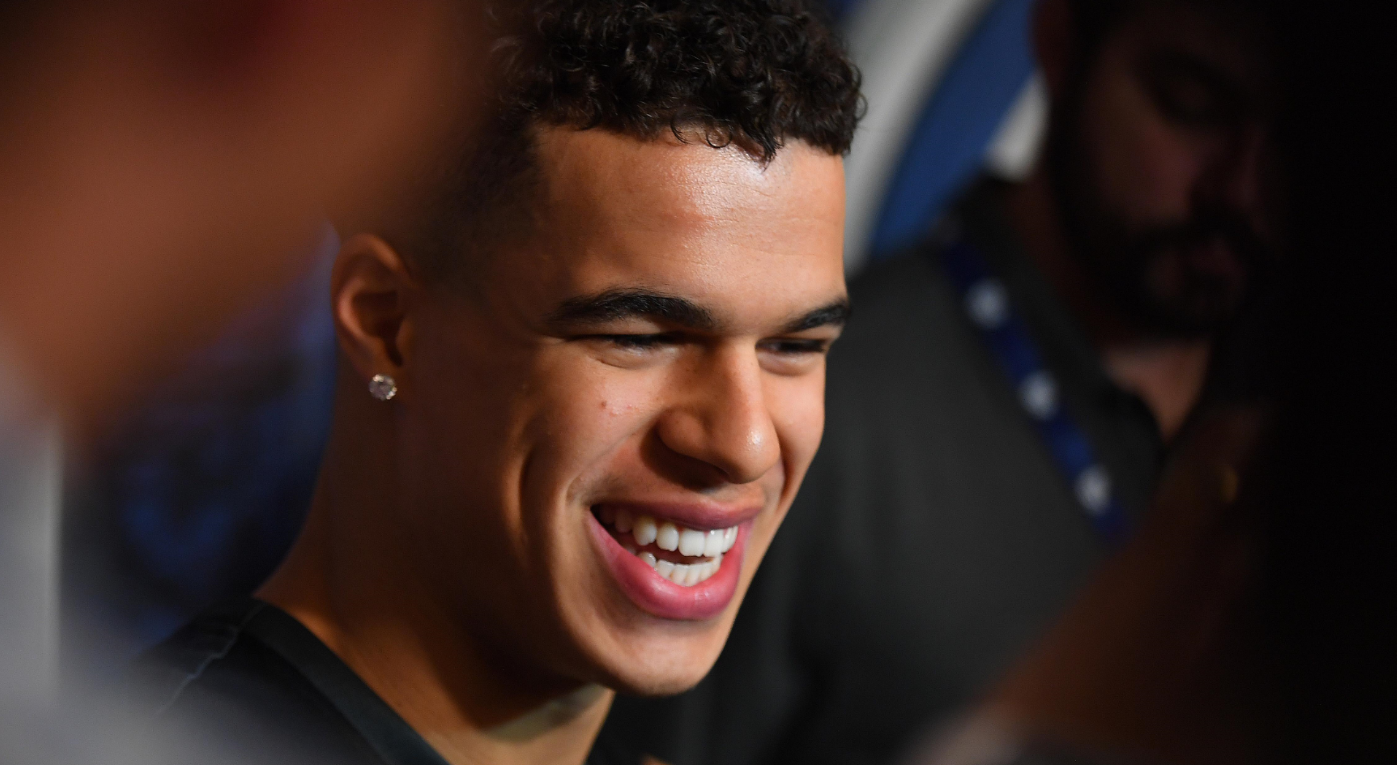 College basketball is finally back, and we have three absolutely must-watch games on this glorious day:

The only battle on opening day between two ranked foes, the Mountaineers and the Aggies face off in the Armed Force Classic being played in Ramstein, Germany.

West Virigina is coming off another successful 28-win season under Bob Huggins. Huggins’ experienced squad returns many of the same players that were just three points away from toppling the Gonzaga Bulldogs in the Sweet 16 of last year’s tourney. Among the vets returning is senior guard Jevon Carter — whom developed into a go-to scorer for the Mountaineers in 2016. They’ll miss the toughness and luscious locks of Nathan Adrian, but West Virginia will remain a defensively-stout ball club with the ability to turn teams over in a hurry.

Texas A&M shares a similar level of continuity, bringing back their top-five scorers from last season. The most noteworthy of these players is sophomore big man Robert Williams. Williams decided to stay in school for another year, despite being pegged as a potential lottery pick in the 2017 NBA Draft. He’s a freaky athlete with a NBA-ready body, and could start taking games over as the season progresses.

WVU’s defense can be a handful for teams to deal with, but this A&M team has plenty of experience. The last time the Mountaineers opened up a season against a ranked opponent, they were routed by Gonzaga in Spokane by 30 points. Expect it to be a bit closer, but A&M kicks off the season with an upset.

It’s finally time for the world to meet Michael Porter Jr. The Washington-turned-Missouri signee is projected to be a top-3 pick in the draft next year. For anybody that hasn’t seen him yet, think a mix of Paul George and Ben Simmons. Porter Jr. is a 6’10” swingman with elite guard skills and explosive athleticism. He’ll blow past defenders with ease en route to a highlight-reel dunk, and then effortlessly pull up from 30-feet on the very next play. He’s a must-watch considering Mizzou doesn’t have much else in the way of talent alongside him.

Iowa St. is in a rebuilding phase after losing four players that accounted for 73-percent of their total points scored from a season ago. The Cyclones have been able to stay competitive over the past decade by uncovering late bloomers and bringing in quality transfers. Former head coach Fred Hoiberg and current coach Steve Prohm have combined for six consecutive 20-plus win seasons in Ames.

It’ll be a high scoring affair, but Porter Jr. will make the difference down the stretch — effectively asserting himself as one of college basketball’s brightest stars.

This game got a whole lot more interesting with all of the news coming out of China this past week. Three UCLA players (Cody Riley, Jalen Hill, and LiAngelo Ball) were arrested for shoplifting, and won’t be available for Steve Alford’s bench for the foreseeable future. Luckily, the Bruins brought in one of the nation’s top recruiting classes this past summer — and a handful of those new names will be on display in Shanghai.

Watch out for a pair of 5-star newcomers in the skilled Kris Wilkes and the explosive Jaylen Hands. Joining them in the starting lineup will be senior Thomas Welsh and junior Aaron Holiday — two integral pieces on a 31-win UCLA team from this past year.

Georgia Tech will be without two of their top players in Josh Okogie and Tadric Jackson. Both were in violation of NCAA rules in what turned out to be another wild story from the offseason. Senior center Ben Lammers will be forced to do the heavy lifting for a shorthanded Yellow Jackets squad.

It could turn into a rough night for Josh Pastner’s team early, as the Bruins are just too athletic and too talented for a team that finished 11th in the ACC last year.