The West Region possesses three of the top seeds within this side of the bracket, and the only double-digit team remaining in the tournament.

Based upon the last two games, one can make an argument that the higher seeds (West Virginia, Xavier) have looked better than the two lower seeds (Gonzaga, Arizona).

It should make for some terrific drama in San Jose, Calif. The narrative heading into this matchup is quite fascinating.

There’s no doubt the two programs have immense familiarity with one another. It may not exist as it pertains to personnel, but both Mack and Miller surely will have a read on what the other will do from a scheme standpoint.

Arizona looked flat in both of its wins thus far. The Wildcats have to play with more of a sense of urgency on both ends of the floor. Arizona had only four assists on 27 baskets in its narrow win over St. Mary’s.

Xavier had one of the most impressive wins of the tournament thus far — as it completely blasted No. 3 Florida State by a score of 91-66. Bench big men Kaiser Gates and Sean O’Mara combined for 25 points, 10 rebounds, 5 assists, and 3 blocks. Star Trevon Bluiett had 29 points on only 10-of-14 shooting.

The Musketeers will not be afraid of the bigger and more highly-acclaimed Wildcats. Mack’s familiarity with Miller’s coaching style adds a very tasty wrinkle to this matchup. “Press Virginia” looks like a very dangerous matchup for Gonzaga.

Bob Huggins has put together a very versatile, long, and athletic team tasked with exhausting the opponent. West Virginia isn’t exactly known as an offensive powerhouse, but the Mountaineers lit up Notre Dame this past weekend — shooting 50-percent from the field (and 57-percent from three) in the 83-71 victory.

Gonzaga got out to a huge lead versus Northwestern — before the Wildcats came back and made it a two-possession game. The ‘Zags found themselves in unfamiliar territory, but managed to come out on top.

In this contest, Gonzaga will have to shoot the ball well. It should be able to get clean looks from three — assuming it can take care of the ball. The big question will be big man Przemek Karnowski. Can the mammoth center play with any effectiveness in a game expected to possess a very high tempo?

It’s plausible to believe head coach Mark Few will instead opt for star freshman Zach Collins to play extended minutes. The McDonald’s All-American out of Vegas is a much more mobile player. Against the Wildcats, Collins notched 14 points, 5 rebounds, and 4 blocks in only 21 minutes. 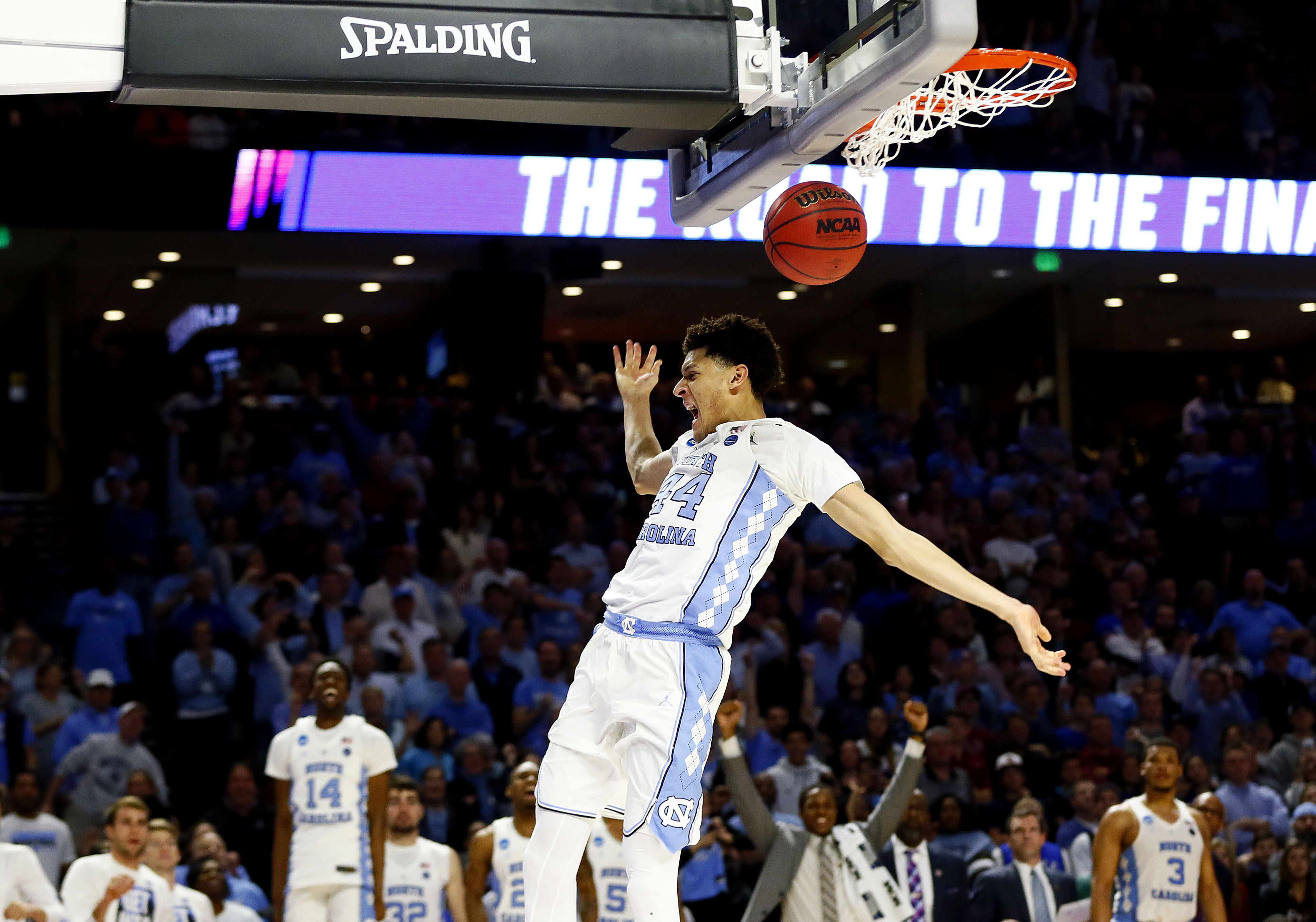