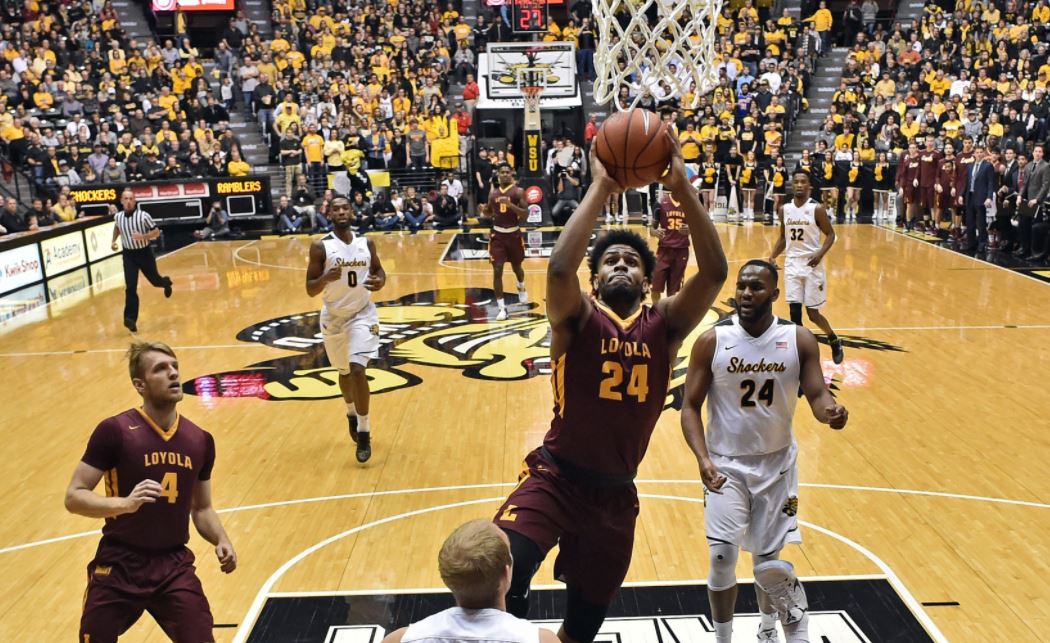 For those frantically filling out brackets (particularly ones with money involved), there’s always the desire to find the ‘next Cinderella.’ Those lower-seeded Mid-Major darlings have captivated the country in year’s past with unexpected runs deep into the NCAA Tournament.

This year’s field is no different — as there are multiple underdogs primed to make some noise in the greatest of postseason tournaments. We’ll look at two teams from each region possessing the traits needed to completely turn its side of the bracket on its proverbial head. These teams aren’t necessarily title contenders — though there’s a real shot for one of these teams to upset a higher seed (or two).

Though No. 5 Kentucky enters as one of the hottest teams in the tournament, the committee certainly didn’t do John Calipari’s squad any favors. Davidson is a very dangerous team. While not a traditional Mid-Major in terms of widespread experience throughout the roster, Davidson has a nice mix of upperclassmen and younger players — an aspect Kentucky simply doesn’t have.

Duly, the Wildcats (of Davidson) are sneakily enough one of the nation’s best offensive units. The team combines to shoot 39.3-percent from three-point range. It also registers as the eighth-best offensive team nationally in terms of efficiency. Lastly, senior power forward Peyton Aldridge leads the team in both points (21.5 PPG) and rebounds (7.8). With his ability to play in the paint as well as stretching the floor from the perimeter, Kentucky will have its hands full.

Loyola-Chicago is in the NCAA Tournament for the first time since 1985. Though the No. 11 seed is an underdog to No. 6 Miami in the first round, the Ramblers have a real shot of not only beating the Hurricanes, but also advancing out of the first weekend and into the Sweet 16.

Defensively, this team is immensely impressive. It’s fifth in the country in points per game allowed (62.2). Loyola-Chicago also is No. 12 nationally in defensive efficiency. Iowa State transfer Clayton Custer paces the team with a team-high 13.4 PPG and 44.0-percent shooting from three. The team as a whole shoots just a shade under 40-percent from beyond the arc. Miami will be without the services of its best player (Bruce Brown Jr.). If Loyola-Chicago advances, it’ll likely play Tennessee — arguably the worst No. 3 seed in the field.

The Ramblers won’t be scared of facing major competition. Earlier this year, Loyola-Chicago beat Florida in Gainesville. When considering this team’s ability to both shoot the three and defend at a high level, Loyola-Chicago has all the makings of a major threat. This year’s Gonzaga team may be better than the one that played for the National Championship a year ago. Mark Few has a very solid rotation of above-average big men, veteran guards, and a freshman (Zach Norvell Jr.) with the ability to be a major x-factor.

When factoring in the total body of work, the ‘Zags are a top-15 team in defensive efficiency, and a top-three team nationally in offensive efficiency. As a four seed, Gonzaga appears to be a bit under-seeded. This team won’t sneak up on anyone as a classic sleeper — though its ‘Mid-Major’ standing certainly hurt its case for a higher seed (despite possessing a regular season record of 30-4). It’s also one possessing the huge advantage of experience from last year’s magical run.

With a very manageable region, it wouldn’t be a surprise to see Gonzaga advance as far as the Elite 8 — if not beyond that point.

The Jackrabbits are a trendy pick to upend Ohio State. For one, South Dakota State has the best player the casual fan has never heard of in Mike Daum.  The 6’9″ power forward is a walking double-double — averaging 23.8 PPG and 10.4 RPG. Furthering his ability on the offensive end, Daum shoots 85.6-percent from the line and 42.1-percent from three.

As a team, SDSU turns the ball over only 12 times per 100 possessions (the top mark in the country). They’ve also won 19 of their last 20 games. Comparatively speaking, Ohio State has lost three of its last five. The Buckeyes aren’t great at getting easy baskets. They also are less-than-stellar when rebounding the basketball.

Daum’s effectiveness, combined with the Jackrabbits’ ability to shoot the three ball (40.3-percent), makes them a scary team to play against.

The Butler-Arkansas first-round match-up is quite intriguing. The Razorbacks have won eight games this season versus tournament teams (by an average margin of 10.0 points). The fast-paced boys from Fayetteville score over 80 points per game, and have considerable athleticism dispersed throughout its roster.

On paper, Arkansas is the superior team in most categories. With that said…this is Butler. Kelan Martin is one of the best players in the entire country. The Bulldogs also have the pedigree that Arkansas simply hasn’t been able to accrue over the last decade. During the regular season, Butler also slayed the likes of Ohio State, Utah, Villanova, Seton Hall, Creighton, and Providence. In other words, this team is very capable of not only upending Arkansas, but perhaps giving Purdue all it can handle in the round of 32. New Mexico State checks many of the boxes associated with a bracket buster. The Aggies are No. 4 nationally in defensive efficiency. They’re also No. 4 in rebounds per game (41.5) and points allowed per contest (63.8). Clemson is a poor rebounding team (No. 173 in the country). As such, New Mexico State should be able to limit any second-chance points on offensive rebounds.

Clemson will have an athleticism advantage — though it could be mitigated by the Aggies’ strong efforts in cleaning the glass. Guard Zach Lofton (19.8 PPG) will be tasked with leading the Aggies on the offensive end of the floor. Throughout the season, New Mexico State has beaten some decent competition (Illinois, Davidson, Miami). As such, it certainly won’t be afraid of what many believe to be an inconsistent Clemson squad.

The Tigers aren’t a great defensive team to begin with (No. 65 in defensive efficiency, No. 201 in points allowed). However, an injury to Auburn’s Anfernee McLemore limits Auburn’s effectiveness in both rebounding and interior defense. At the time of his injury, McLemore led the SEC in blocks per game. Now, a shallow frontcourt will be forced to defend against an explosive offensive team.

Charleston features three players averaging at least 17.0 PPG — including two guards (Grant Riller, Joe Chealey) and a burly forward (Jarrell Brantley). Few teams can boast this sort of firepower, let alone one seeded at No. 13. Charleston has won 15 of its last 17 games, and is a team led by a multitude of upperclassmen.

With Auburn’s lack of experience, Bruce Pearl’s team seems ripe for an upset. 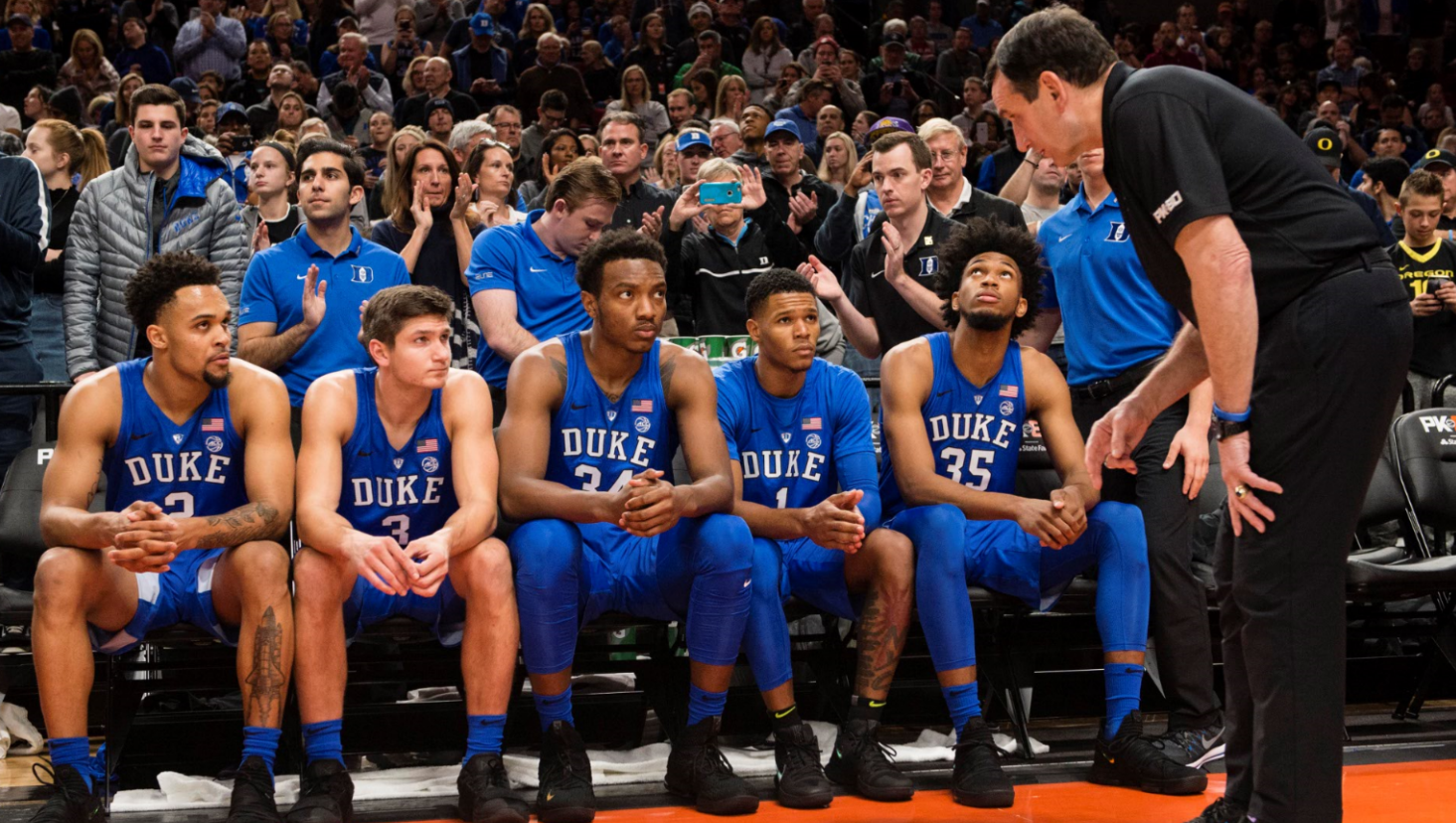