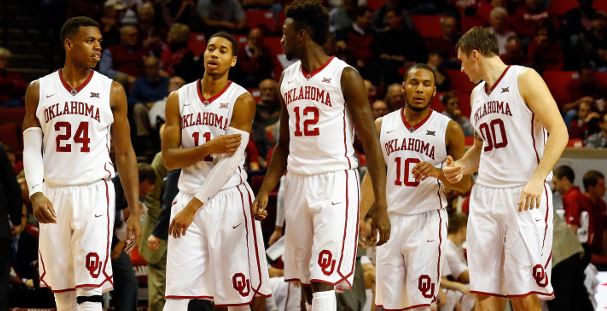 The Oklahoma Sooners lost their third game of the season this past week, but managed to hold onto the top spot in the AP Poll anyway. Oklahoma became the first team to do this since Cincinnati in 1960, as the Sooners’ loss came on the road against a strong Iowa State squad.

It is the second time this season the Sooners lost a game but did not drop in the polls. As the No. 2 team in the country earlier this season, Oklahoma dropped a triple-overtime thriller at Kansas and maintained their position in the AP Poll.

Iowa State has already accumulated three losses in Big-12 play and clearly outplayed Buddy Hield’s squad. Add in how dominant North Carolina and Iowa have looked recently, and it becomes even more shocking that Oklahoma still holds the No. 1 ranking.

The Tar Heels have won 11 games in a row and have started ACC play 7-0, while the Hawkeyes have won 9 in a row and are a perfect 7-0 in the Big-Ten. Oklahoma is an unimpressive 5-2 in conference play, as voters are already indicating that they view the Big-12 as the toughest conference in college basketball.

The NCAA tournament might prove this assumption to be correct, but for the time being, AP voters need to stop sending the convoluted message that there is such thing as a good loss.