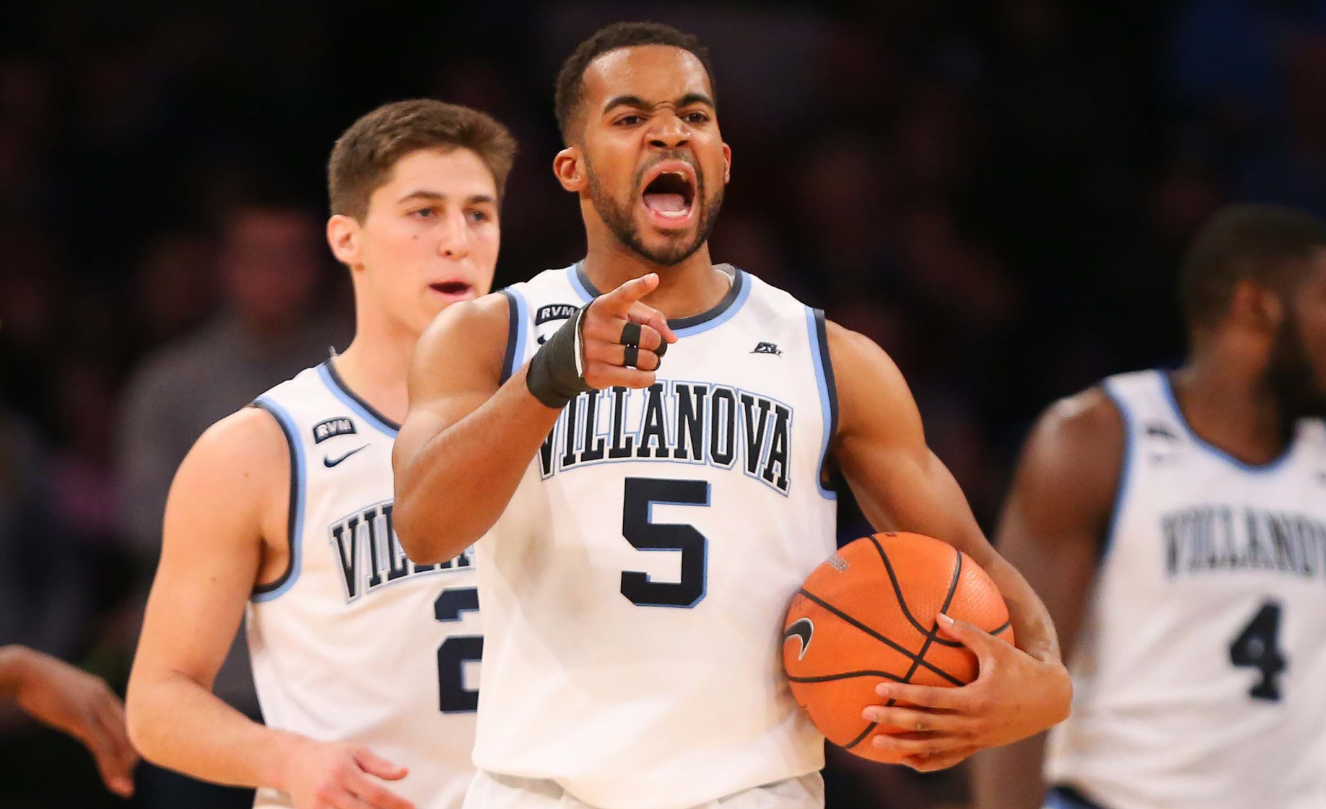 No 1. Villanova vs. No. 16 LIU-Brooklyn/Radford

Both 16-seeds entered their respective conference tournaments as underdogs, and came out on top after gutsy championship performances. It’s Radford’s third appearance in the NCAA Tournament, and it’s the first time LIU Brooklyn has made the Big Dance since 2013. Both teams should be commended for their performances this season, but whichever comes out on top on Tuesday will be one step closer to a tourney exit.

Villanova will not be the first ever No. 1 seed to go down in the Round of 64. The ease in which they score the basketball makes them a near impossible match-up for these inferior teams. If all else fails, Jalen Brunson can take over whenever he pleases. Villanova wins.

Potentially the most intriguing match-up of the entire East region, the hyper-active Hokies are set to take on Collin Sexton and the Crimson Tide in an ACC-SEC showdown.

Virginia Tech is battle tested after a 10-8 record in ACC play. Their wins over Virginia, North Carolina and Duke represent three of the best wins in all of college basketball. They score the ball at a high rate (just under 80 points per game), and have six players that can play big minutes and knock down outside shots. Whether it’s the long ball (39.8-percent from three), or near the basket (49.8-percent overall), the Hokies simply know how to fill up the scoreboard.

Alabama takes a bit of a different approach. They aren’t particularly explosive on offense, and rarely shoot threes (ranked 220th in three-point attempt rate). What they rely on is the greatness of future lottery pick Collin Sexton. Sexton is coming off a marvelous SEC Tournament run, and is generally playing better over the last month or so.

If Sexton gets going, he’s the closest thing this tournament has to Kemba Walker or Shabazz Napier. He can take over a game in an instant, and I think he does just that to Virginia Tech. Alabama advances.

The Mountaineers face a tough draw against the Racers of Murray State. Formerly ranked as high as No. 2 in the Coaches Poll, West Virginia took a tumble down the rankings after several hiccups during Big 12 play. Their 11-7 record isn’t exactly indicative of the team they are, but the so-so showing has earned them a No. 5 seed and a weekend trip to San Diego.

Traveling West is never easy, especially when you’re slated to face off against a 26-win team. The Racers have legitimate talent that can give West Virginia some real troubles. Ja Morant is a jack-of-all-trades guard that fills up the stat sheet. Jonathan Stark is a high-volume scorer that is knocking down threes at a 41-percent clip.

The Morant/Jevon Carter match-up will be enthralling to watch. Carter preys on loose, shaky ball handlers, and Morant is a freshman that will be playing in the biggest game of his career.

We’ll roll with the experience and West Virginia, but Murray State keeps it close throughout.

The Shockers have seen themselves evolve from a Cinderella team to a perennial tournament participant. Gregg Marshall and his crew deserve all the credit in the world for the run Wichita State is currently enjoying.

Standing in their way of another NCAA Tournament victory will be Dan D’Antoni and the Marshall Thundering Herd. Coincidentally, Gregg Marshall worked as an assistant at Marshall from 1996 to 1998 before joining Winthrop’s staff as the head coach. D’Antoni’s team punched their ticket with a one-point victory over Western Kentucky in the Conference USA Championship, while his brother/NBA coach, Mike, watched from the stands. Marshall is making its first appearance in the tournament since 1988.

Marshall has some makings of a lower-seeded team that can make a run. They average the 10th most points per game in the country (84.3) and have two 20-point scorers that can carry the offensive load. However, if this devolves into a game of offense, the Shockers still hold the edge.

Wichita State is in the top-40 in the country in points per game, field goal percentage, and three-point percentage. They’re balanced, and are led by a future-NBA guard in Landry Shamet. They’ve been here before, and will take care of business. Wichita State by double digits.

The Bonnies earned the right to play Florida by beating UCLA in a First Four match-up on Tuesday. It wasn’t pretty, but St. Bonaventure got the job done against a far more talented team while star guards Jaylen Adams and Matt Mobley struggled from the field.

It’s a good sign for a team to pull through during tough shootings nights from their go-to scorers. It proves they can muck it up, and that their role players can step up in crucial moments.

The Gators have disappointed a bit in 2018. After a strong showing in the tournament last season, Florida stumbled through the SEC with an 11-7 record before getting bounced in the first round of the conference tournament. When they get rolling though, the Gators are a team to watch for. Their four-guard lineup can create match-up problems across the floor. They can get up and down the floor, and shoot with range. When KeVaughn Allen is on, he’s one of the most exciting players in all of the SEC.

There’s just something about play-in teams, though. They enter the Round of 64 with a ton of momentum, and the team facing them only has two days to prepare. That gives Mike White and his team 48 hours to prepare for the zone that gave Steve Alford’s team all sorts of fits. St. Bonaventure pull it out, and keep the dream rolling.

You might remember Stephen F. Austin for knocking off No. 3 West Virginia and losing to No. 6 Notre Dame by one point in the 2016 NCAA Tournament. They’re back to dancing, and here to prove that 2016 was no fluke.

Unfortunately, Thomas Walkup won’t be suiting up for Lumberjacks this year, but they have a bevy of new players that have gotten them to this point. The player to watch for is sophomore Shannon Bogues who is averaging over 15 points per game this year while shooting over 50-percent from the field. The 6’2″ Bogues isn’t physicall imposing, but he’s got range on his jumper and he finishes tremendously near the basket. Converting on attempts near the basket is imperative to defeating a tough defensive squad like Texas Tech.

Speaking of Tech’s defense, it’s one of the very best in the nation. Led by hyper-active Zhaire Smith, the Red Raiders almost always have five plus defenders on the floor at once. They play together, get their hands in the passing lanes, and turn defense into offense seamlessly.

Oh, this should be a good one. This match-up is reminscent of the 7-10 game between Dayton and Wichita State from last year. Butler is probably better than a 10-seed, while Arkansas has the talent to compete with any team in the East region.

Arkansas is led by the backcourt of Jaylen Bradford and Daryl Macon. Each player does a little bit of everything, and can knock down triples at 40-percent rate. They’re flanked by elite rim protector Daniel Gafford. The freshman from El Dorado averages over two blocks per game, and finishes everything at the rim.

For Butler, everything runs through Kelan Martin. Martin is a scoring machine that can get his shot off whenever he wants. He’s got good size and isn’t afraid to fire it from beyond the arc. Additional, Martin is a sound rebounder that averages over six boards per game.

It’s sure to be a close game, but Martin’s savvy and Butler‘s team defense will prevail in the end.

Cal State Fullerton punched their ticket to the dance with a strong performance in the Big West tournament. It’s their first tournament appearance in 10 years, and the third NCAA tournament bid for the Titans overall.

Their prize? A match-up with the offensive juggernaut Purdue Boilermakers. Purdue will have Fullerton running all over the court trying to chase the Boilermaker shooters. The 6’7″ Jack Rowe from Fullerton might have trouble keeping the 7’2″ Isaac Haas off the block. Between Carsen Edwards, Vincent Edwards, and Dakota Mathias, the Boilermakers have too much scoring and experience to drop a game this early. Purdue wins convincingly. 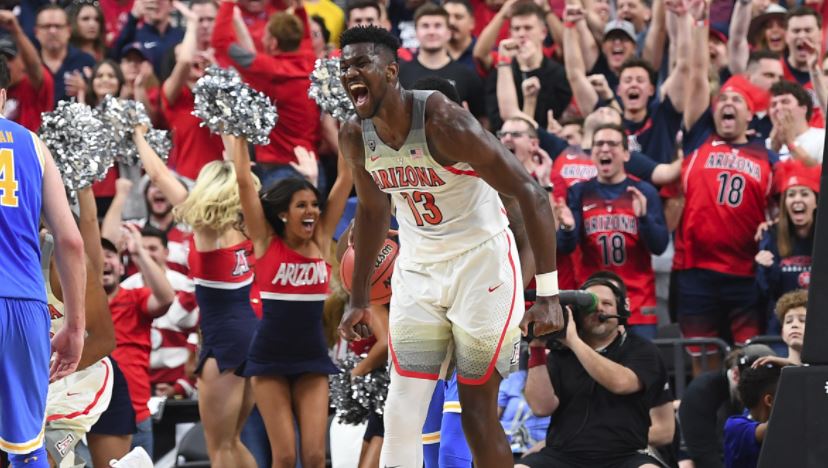