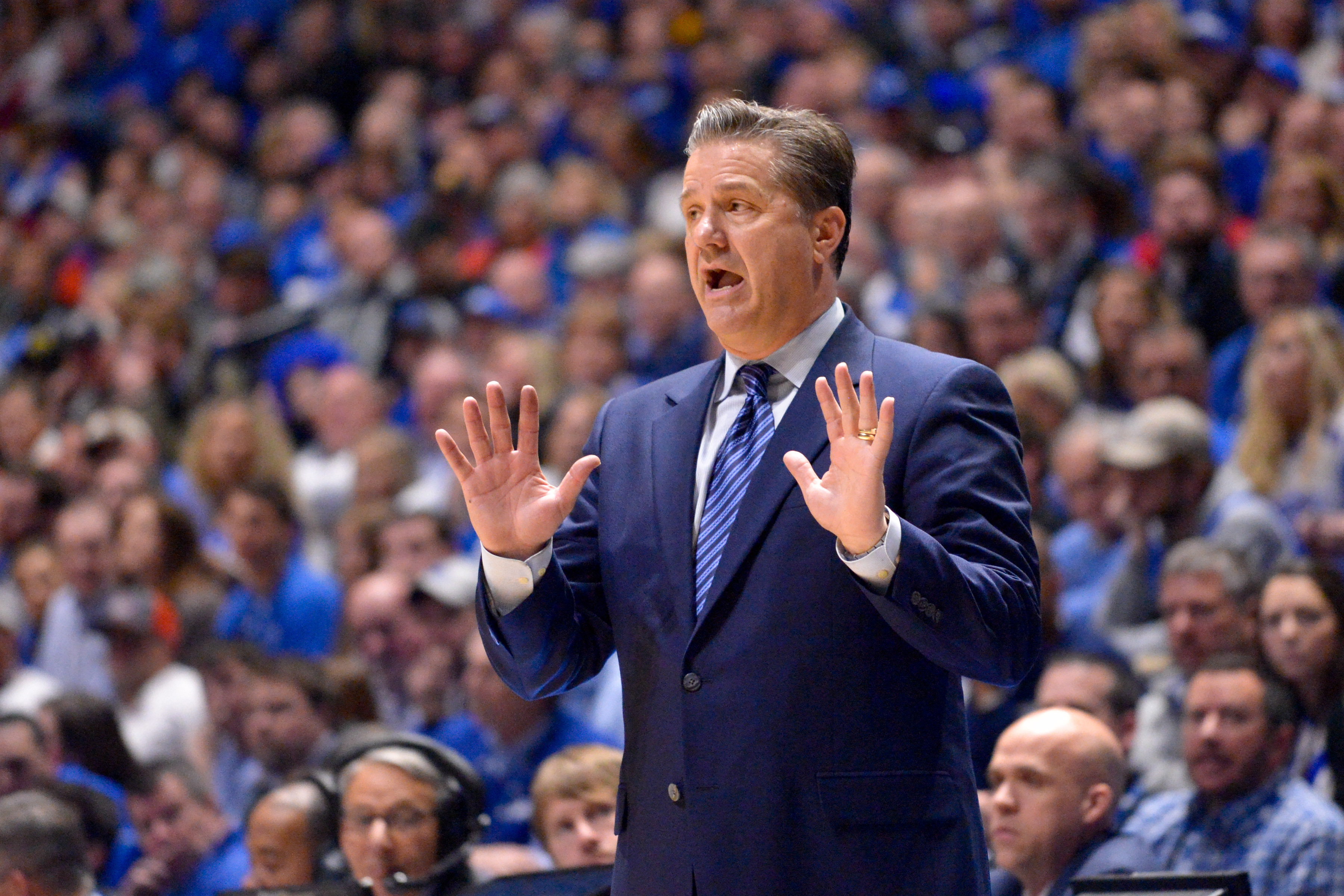 Everything set up perfectly for John Calipari and the Kentucky Wildcats.

As South Region favorites Virginia, Cincinnati, and Arizona crashed out of the tournament early, Kentucky suddenly became the universal choice to advance from the region and into the Final Four for the first time since 2014.

Standing in the way of a trip to San Antonio included No. 9 Kansas State, and the winner between No. 7 Nevada and tournament darling No. 11 Loyola-Chicago. This isn’t exactly a murderer’s row of talent to get by — particularly considering Kentucky’s pedigree as a program.

With Kansas State’s best player (Dean Wade) severely limited with a foot injury, there were times in which the Wildcats fielded a five-man group with no players taller than 6’5″. UK’s starting point guard — Shai Gilgeous-Alexander — is 6’6″. Kentucky boasts a roster chock-full of 4 and 5-star recruits. Kansas State is a ragtag bunch of overachievers and under-the-radar prospects. As we saw Thursday evening, there’s a reason why the game isn’t played on paper. Kansas State used elite effort, grit, and three-point shooting to upend heavily-favored Kentucky by a score of 61-58. Sophomore wing Xavier Sneed — a player who had averaged only 11.0 PPG throughout the regular season — scored a game-high 22 points. As for Kentucky, the quartet of Nick Richards, Wenyen Gabriel, Sacha Killeya-Jones, and Hamidou Diallo — all former 5-star recruits — combined for six points on 2-of-9 shooting.

From a visual standpoint, it was shocking to see the teams’ respective disparity in both size and height. At times, it was akin to a father playing one-on-one against his son in the driveway of the family home. However, it was clear from the jump that Kansas State wanted it more.

At the end of every season, head coaches in all sports take a step back to analyze what had just transpired. There’s usually a period of self-evaluation — followed by proactive behavior to ‘right the wrongs’ that had previously occurred.

As for Calipari, a wholesale change in philosophy needs to occur.

Context needs to be placed next to every situation. Relative to the entire landscape of college basketball, Calipari has done a fantastic job in Lexington. In nine years with Kentucky, Calipari has led the program to eight NCAA tournament appearances, five conference championships, and one National Title. Calipari has already become the second-winningest head coach in Kentucky history. All of this sounds good on the surface. However, has Calipari ultimately underachieved?

The expectations for this program are sky-high — and for good reason. Calipari currently earns $7.45 million per season. Duke’s Mike Krzyzewski ($8.98 million) is the only college basketball head coach making more.

Then, there’s the recruiting situation. Since taking over in 2009, here’s a look at where Kentucky finished in the team national recruiting rankings (per 247Sports):

With talent to this magnitude, how does Calipari only have one National Championship and four Final Four appearances in nine years? Simply put, it’s due to his methods of recruiting.

Calipari has taken the ‘one-and-done’ premise to a whole new level. He welcomes the challenge of ushering in a completely new roster each and every year. In his mind, he’d rather collect elite players for one year than build a program up with less-talented, multi-year players.

There’s truly a case of preference as to how a program is built. For as gifted a group as Calipari has signed in the past, there are some issues with his overall philosophy.

For one, the process of building team cohesion, chemistry, and culture is made much more difficult when players shuttle in-and-out of the program. The lack of having veteran leadership can also be very problematic in moments of adversity (as we saw Thursday night). Normally, older players act as stabilizing forces for younger players to lean on. With Kentucky, this is rarely the case.

Calipari prioritizes length and athleticism with his teams. Generally, this is a recipe for success — particularly on the defensive end of the floor. Though UK had what many believed to be the longest and most athletic team in the country this year, Calipari’s squad finished No. 81 nationally in defensive efficiency. Overall talent can mask deficiencies — though the combination of mass youth and talent likely will lead to some problems. Over the last three years, UK hasn’t finished in the Top 25 in defensive efficiency, and has only managed to crack the top-50 on one occasion.

Additionally, three-point shooting — or lack thereof — has been a major issue for the program. This year, Kentucky shot 35.5-percent from three as a team. In conference play, that number dipped to 30.3-percent. Since 2012, Kentucky’s highest percentage from three in a single season is a paltry 36.4-percent. With the way the game has evolved, teams are now packing the paint versus Kentucky — essentially daring them to shoot the ball from the perimeter.

It will be very fascinating to see how Calipari approaches recruiting going forward. If Kentucky continues to exit the tournament early, the rabid Big Blue Nation will be ramping up the pressure on Calipari to shake things up and re-calibrate accordingly.