March is finally upon us, and with it comes the best time of the year for a college basketball fan. In just one week, all of the conference tournaments will be underway, with locks and bubble teams battling it out for the ever-important automatic bid. With the season wrapping up, here are five teams to look for that could make a splash entering the NCAA Tournament. The Pac-12 has been an absolute mess this year. Oregon and UCLA have dramatically underachieved. Arizona, mired in controversy surrounding their head coach, just recently broke a historic seven-game losing streak. USC and Utah are underwhelming. Cal is hardly a basketball team at this point.

The current conference leader is Washington, holding a two game lead over the Sun Devils. Washington has a talented group led by sophomore guard Jaylen Nowell and senior big Noah Dickerson. They recently cracked the AP Top-25, and could be looking at anywhere between a 7-to-9-seed depending on how they finish the year.

Despite the Huskies being the best team in the conference during the regular season, there isn’t much of a reason for Washington to put forth its greatest effort in the conference tournament. Whether they lose in the first round or win the title, they’re a lock for the NCAA Tournament. Don’t be surprised if another team sneaks in and wins the tournament to ensure the Pac-12 gets a second bid.

The two most likely culprits would be ASU or the Beavers of Oregon State. Oregon State boasts a good group of upperclassmen led by Tres Tinkle and the shot-blocking menace Kylor Kelley. It wouldn’t be all that shocking to see OSU make a run, but Arizona State is built for tournament play. Their up-tempo style and physical defense becomes increasingly difficult to game plan for on a game-to-game basis. For the first time in what feels like years, the top of the SEC looks to be as good as any other conference’s elite teams. Kentucky, Tennesee, and LSU have all been impressive, and have legit chances to make a run to Minnesota.

Behind the top-3 teams, a slew of high-profile programs all have a shot at securing a tournament bid. Although Florida, Alabama, and Ole Miss garner more national attention, the Mississippi State Bulldogs might have the best chance at making an SEC Tournament run.

Mississippi State has wins over Dayton, Clemson, Cinicinnati and Wofford. The Bulldogs are riding an impressive five-game winning streak which began after close losses to LSU and Kentucky (both by four points). They get after it defensively, force turnovers, and have a legit go-to scorer in Quinndary Weatherspoon. A strong showing down the stretch could vault the Bulldogs onto the 4-line — their highest seeding in the NCAA Tournament since 2004 (No. 2 seed). Every year is supposed to be Texas’ year. Shaka Smart was brought on in 2015 to bring the once-proud program back from the depths. Since taking over, Smart is 0-2 in the NCAA Tournament, and hasn’t even won a share of the Big 12 title. During that time span, the highest Texas has ever finished in the Big 12 is fourth. While a 7-7 conference record likely means they won’t be finishing higher than fourth in the regular season yet again, the Longhorns are an intriguing team who could make some noise to end the year.

Victories over North Carolina, Purdue, and Kansas is as good of a three-win resume as any team in the nation. Smart’s club is deep and experienced, but will be without the services of their leading scorer Kerwin Roach for the remainder of the year. It remains to be seen as to who will be picking up the scoring slack, but the Longhorns have the depth, length, and athleticism to bother top teams. We’ll have to see if they can put it all together and finally make a run like Smart’s VCU team did in 2011. The AAC always find a way to produce a handful of compelling teams every season. Houston has been awesome even after losing two of their top three scorers from last year. Cincinnati is ranked and only have one inexcusable loss (ECU).

Houston and Cincy will enter as favorites to capture the AAC Conference Tournament, but a group of four teams will make it hard on the favorites. UCF, Memphis, and South Florida have the firepower to make a run, but Temple may be best suited to put it all together and finish strong.

The Owls boast three perimeter threats who can take over a game offensively on any given night. They have a resume which includes wins over Georgia, Davidson, and Houston. Patrick Ewing’s Hoyas are getting hot at just the right time. Coming off wins against DePaul and Seton Hall, Georgetown has a chance to make some noise in a wide-open Big East conference.

Despite boasting a modest 8-8 record in conference play, the Hoyas have all the makings of a team that can succeed in March — an efficient, high-volume scorer, guard play, and depth. The offense runs through senior big man Jessie Govan, a walking double-double threat who is shooting 42 percent from beyond the arc this year. In the backcourt, James Akinjo and YouTube sensation Mac McClung have bounce, handles, and the the ability to get hot from three. Forward Josh LeBlanc and Trey Mourning help round out a rotation that goes 10-deep. Ewing has all sorts of lineups he can go to in crunch time.

Every team in the Big East is very beatable, including the conference’s top two teams — Villanova and Marquette. Clicking at the right time could be the difference for Georgetown. 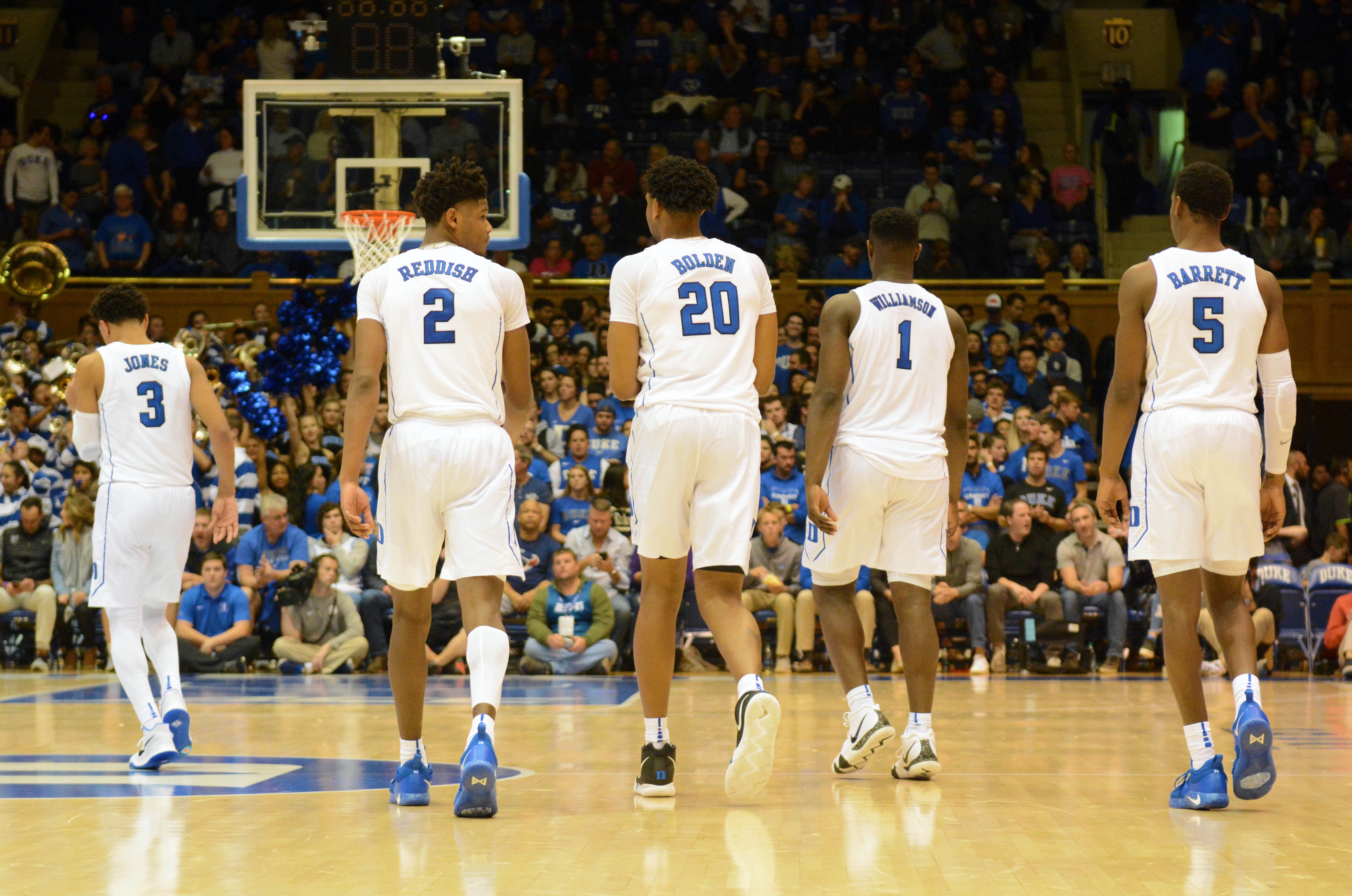