The 2017 NCAA Men’s Basketball Tournament has been nothing short of spectacular.

We’ve seen big-time upsets, one Cinderella team make it to the Final Four (South Carolina), and a host of highly impressive performances by players from all across the country.

This piece will delve into the most impressive individuals from the tournament. It doesn’t necessarily mean they are the best players. However, each have been incredibly significant to their specific teams. “Mr. March” was sensational for Oregon. The Los Angeles native hit timely shot after timely shot – particularly against Rhode Island in the round of 32 and versus Kansas in the Elite Eight. When the Ducks’ offense was sputtering, it was Dorsey taking charge – whether that means shooting it deep from the perimeter, or driving to the cup.

In the NCAA Tournament thus far, the shooting guard has averaged 24.2 points per contest – to go along with a blistering 58.8-percent mark from three-point range. Though teammate Dillon Brooks garners much of the press clippings, Dorsey has established himself as the go-to guy for the Ducks in March. While Dorsey was the primary offensive threat for Oregon, Bell was the defensive beast in the middle of the paint. Against Kansas, the Long Beach native accrued 11 points, 13 rebounds, 4 assists, and an eye-popping 8 blocks.

Bell’s ability to cover ground is simply astounding. While he’s not the tallest player at his position, one would be hard-pressed to find another forward with his combination of energy and athleticism. Bell has averaged a double-double thus far in the tournament, and cleans up any mistakes on the back end with his ability to block shots. He’s been the unquestioned most valuable player for Dana Altman’s team. South Carolina has been the darlings of this year’s NCAA Tournament. Very few people outside of Columbia, South Carolina (and perhaps very few in the city) felt as if the Gamecocks were a contender to reach the Sweet 16 – let alone the Final Four. Thornwell’s ability to attack the rim and get South Carolina buckets is a huge reason why.

The senior has arguably been the best player in the entire tournament. Thornwell has shot over 50-percent from the field, and has averaged 23.8 points per game. He’s also been excellent at getting to the free throw line – making more than eight trips to the charity stripe per contest. If South Carolina is to win the entire tournament, it will need two more Herculean efforts from its senior leader. The freshman point guard from Kentucky was fantastic throughout the Wildcats’ run in March. In his highly touted matchup versus fellow point guard Lonzo Ball, Fox dropped 39 points en route to an 11-point win over UCLA in the Sweet 16. It was the most points a freshman has ever scored in the tournament.

Fox’s ability to get in the lane is special. Not only does the Texas native possess extreme quickness, but he also has essentially has perfected the teardrop floater over bigger defenders. NBA franchises have to be licking their proverbial chops at the chance to draft this elite talent. Bluiett’s name doesn’t possess the cachet of a Fox or Ball, but he was fantastic in the tournament. The Xavier marksman filled the stat sheet in every category – getting rebounds, steals, assists, and scoring the basketball at a high clip. Bluiett’s offensive outbursts against Florida State, Maryland, and Arizona are huge reasons for why the Musketeers reached the Elite Eight as a No. 11 seed.

Throughout the course of Xavier’s duration in the tournament, he averaged 20.6 points per game on 47.2-percent from the field. Bluiett’s ability to score in a myriad of ways was on full display for the country to see, and he more than deserves a spot within the tournament’s top five players’ list.

Mason’s storied Kansas career came to an end last Saturday, but his remarkable year and great run in the tourney can’t be overlooked. The Jayhawk guard averaged 22.2 points per game over Kansas’ four tourney games, leading his team to victories over UC Davis, Michigan State and Purdue. His size will the major question at the next level, but the 5’11” Mason didn’t allow his height to hinder his impact on the game at the collegiate level, as he was still able to grab over four rebounds a game throughout the tournament.

His near perfect 9-for-11 shooting performance against Purdue is one of the best single offensive games for any player in the tournament. He’d probably like to have a few missed looks back from their loss against Oregon, but Mason’s play was certainly not the reason Kansas will be watching the Final Four at home.

Purdue was pegged as a team that could suffer an early exit in the 2017 tourney – mainly based upon past performances – and the Boilermakers surprised many by picking up two victories and advancing to the Sweet 16. The All-American lived up to expectations with stellar play, averaging 18.0 points, 11.0 rebounds and 5.0 assists through Purdue’s three games.

The smooth shooting big man’s full collection of skills were on display, hitting seven threes while shooting over 50-percent from beyond the arc. His performance against Deonte Burton and Iowa State remains one of the best match-ups of the tournament, with Swanigan posting a monster 20-point, 12-rebound, 7-assist night while knocking down three three-pointers.

The versatile Wisconsin forward was mere seconds away from making a third trip to the Elite Eight in his storied four-year career. Unfortunately for Hayes and the Badgers, Chris Chiozza decided to play hero and hit one of the biggest shots in the tourney, sending Wisconsin home after an impressive 2017 campaign.

The Badgers only played in three games throughout the tourney, but Nigel Hayes was a huge contributor over their run that saw Wisconsin topple the East’s top-seeded Villanova Wildcats. Hayes averaged 19 points per game while grabbing 8 rebounds for Wisconsin, providing reliable glass cleaning with a scoring punch. His leadership and experience were invaluable to another successful tournament run for the Badgers.

Gonzaga’s All-American hasn’t shot the ball well throughout the tourney, but the former Washington transfer has found other ways to contribute to the school’s first trip to the Final Four. Standing at just 6’3”, Williams-Goss has made an impact on the boards, grabbing 7.5 rebounds per game while chipping in with 2.0 steals a game.

He’s made the plays for the Zags down the stretch of games, sinking clutch free throws late against West Virginia and playing lockdown defense against Jevon Carter on the game’s final possession. When he’s locked in on defense, getting his teammates involved, and has his outside shot falling, the Zags become increasingly difficult to beat.

Jackson leaves his fingerprints over every game he plays. His plethora of scoring moves were on display in North Carolina’s wins over Butler and Kentucky, from his silky outside jumper to his array of fancy finishes around the basket. Even when his shot isn’t falling – like in their game against Arkansas – Jackson was still able to make plays, grabbing eight rebounds and snatching five steals.

He’s the perfect all-around player for the Tar Heels, one that scores, facilitates and defends all at an equally elite level. Jackson is the engine that makes North Carolina go on both ends of the floor. 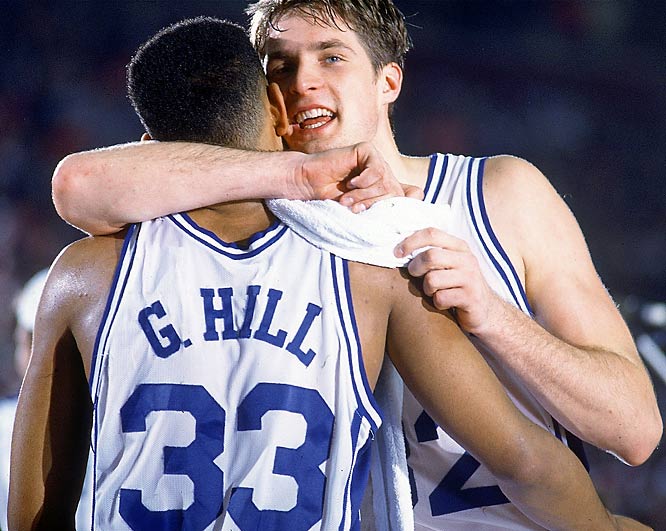