The freshman from Chino Hills has had plenty of buzz surrounding him, from his father saying Lonzo was better than two-time MVP Steph Curry, to his younger brother dropping 92 points in a high school game earlier in the season, but it’s his play on the court that should be dominating the news. Ball plays with a certain type of fluidity that you can’t help but enjoy, whether he’s dishing off a gorgeous dime to a teammate or pulling up from 30-plus feet.

He’s the type of teammate that everybody wants to play with because his presence and style make the players around him better. Get to a TV when this kid is playing and you won’t be disappointed.

In the words of the great Pepper Brooks, “Feathered and lethal, you just don’t see it nowadays.”

With West Virginia playing their fast-paced press style defense, there are plenty of opportunities to see Adrian’s luscious locks bouncing around in all of its glory. Oh, and he’s a pretty good player too.

But that hair. Perfection. The 7-foot-6, 300-pound center from Senegal has been an absolute force this season for the UCF Knights and is developing into a very solid player. I think we sometimes underestimate just how tall some basketball players are. Could you imagine walking into your rec league game and seeing Fall on the other end taking warm-up jumpers? He’d average 27 blocks per game at the YMCA. And if there was a best name category, he’d win that too.

Here’s to hoping UCF somehow wins the American conference tournament so the entire nation can go Wacko for Tacko.

As a team sport, it can sometimes be difficult to disassociate the overall quality of an individual player from his team’s win column. Washington has been awful the past two months, but Markelle Fultz is as good as advertised. He’s the best one-on-one player in college basketball, and he typically sees multiple defenders running out at him because of the ineptitude of his teammates.

He does everything for the Huskies, from breaking defenders down, dishing to his teammates and playing opportunistic defense. There are several worthy candidates for this award. Josh Jackson has been great for Kansas. Lonzo Ball has electrified the nation with his play at UCLA. Malik Monk is a scoring machine for Kentucky. But they haven’t been as individually great as Fultz has been.

Let’s just go down the list here, shall we?

The Zags lost virtually all of their scoring and rebounding from last year and replaced those players with freshman and transfer students. Despite the overhaul, they find themselves in prime position to capture a No. 1 seed in the NCAA tournament. Mark Few has done wonders for this program; it’s about time he gets recognized for it. If we take out the Power 5 conferences (ACC, Big Ten, Big 12, Pac-12, SEC), we are left with what are called “mid-major” schools. Of these schools, the best player has been the Zags junior transfer, Nigel Williams-Goss. Williams-Goss was a quality player during his two years with Washington, but has developed into an all-around stud for the Bulldogs in 2017.

Averaging 16.7 points per game while shooting 52 percent from the field and 38 percent from beyond the arc, Williams-Goss is a major reason for Gonzaga’s impressive 30-win season. He’s the best player on a team that is set up for yet another improbable run at a one seed in the NCAA tournament. What more could you ask for?

The goal of the sixth man is to provide a spark off the bench and make sure that there isn’t a major drop off when the starters take a rest. Aaron Holiday has been doing that for the offensive juggernaut Bruins all season long.

With Lonzo Ball coming to town, there was an expectation that the talented Holiday would see a dip in his minutes. That did indeed happen (31.7 minutes per game to 26.5), but his production has actually seen an increase this year. Holiday is scoring more points (10.3 to 13), averaging more assists (4.0 to 4.3) and has seen a remarkable 10 point spike in his field goal percentage (39.4 to 50).

The sophomore has adjusted well to playing off the ball and is able to shift to point guard when Ball needs a rest. The Bruins owe a great deal to Holiday for their spectacular season. Handing out an award for the most improved player can be a bit tricky. The biggest challenge is walking the fine line between a player actually improving and a player simply given more of an opportunity. With Purdue’s big man Caleb Swanigan, we get a taste of both sides.

The sophomore forward did see an uptick in minutes (25.7 to 31.9), but it was more than just getting more playing time. Swanigan morphed into a complete monster with the Boilermakers this year, becoming a rebounding machine (8.3 rebounds per game to 12.6) that can all of a sudden knock down three-point shots at an impressive 45 percent clip. We knew he had talent, but this sort of leap wasn’t expected. The Virginia Cavaliers are regularly near the top of every statistical defensive category, and this year is no different. The most important player on their stingy defense is versatile forward, Isaiah Wilkins. When standout transfer Austin Nichols was dismissed from the team, the responsibility of patrolling the interior was put on an undersized Wilkins. He has responded emphatically.

The athletically gifted Wilkins has incredible versatility on the defensive end, with the ability to block shots down low and move his feet against the ACC’s quickest guards. He allows the rest of the Cavaliers to play their game and is the most important piece on one of the nation’s most fearsome defenses. The senior from Petersburg, Virginia is enjoying the best season of his illustrious Kansas career, posting career highs in points, assists, field goal percentage and three-point percentage. Mason has always been talented, but the swagger and confidence he has played with in his senior year has been remarkable. Each and every night, the Jayhawks match up against teams littered with potential NBA lottery picks, and Mason is still consistently the best player on the court.

The Jayhawks have gotten major contributions from backcourt mate Devonte’ Graham and freshman sensation Josh Jackson, but it’s Mason that is the driving force on this No. 1 ranked Kansas squad. He performs under the bright lights, isn’t afraid to take big shots and plays with the utmost poise. Nobody in the nation played better in 2016-2017 than Frank Mason III. 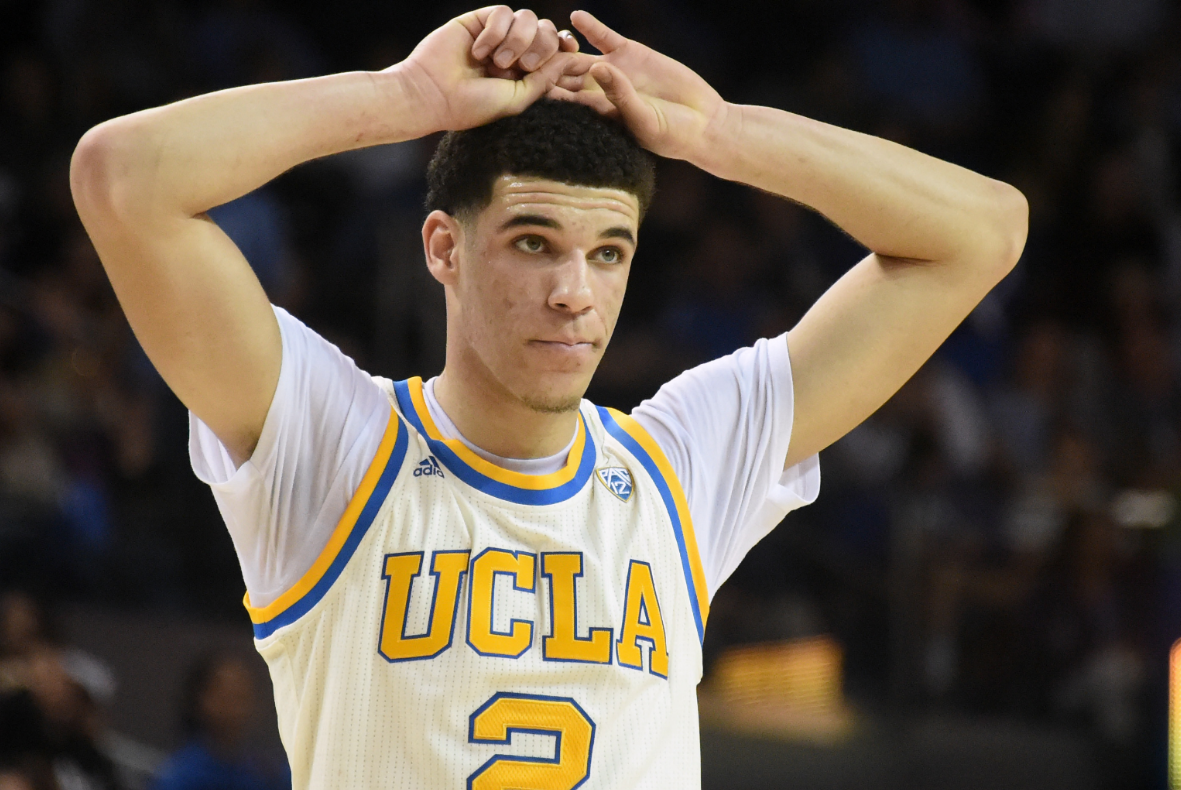