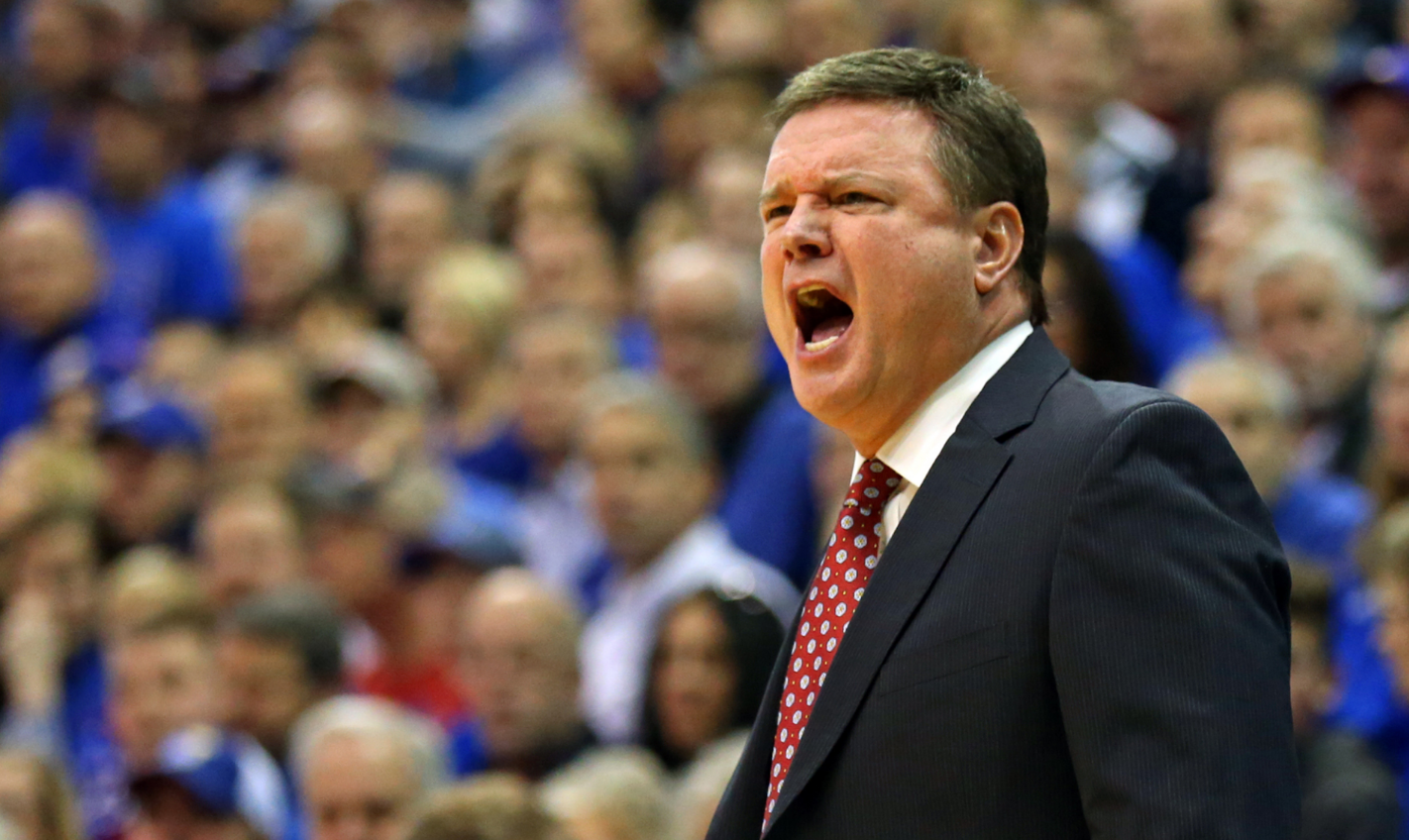 Bill Self and the Kansas Jayhawks have absolutely dominated the Big 12 over the past decade-plus. In 13-straight seasons, Kansas has owned at least a share of the conference title. Off-the-court issues, lack of depth, and difficult scheduling has never hindered the program in the past. Kansas always seems to find a way to succeed. However, this year appears to be slightly different.

Trae Young’s emergence in Norman makes Oklahoma dangerous. The always competitive Press Virginia is a bear to play against. Upstart programs such as Texas and TCU are also threats. This year, it finally seemed destined for the Jayhawks to be upended in the Big 12. With that said, few could have guessed that the team to do it may be perennial NIT attendee Texas Tech.

The No. 7 Red Raiders haven’t exactly been a gleaming program over recent history. In fact, the program hasn’t won over 20 games in a season since 2006 (when Bob Knight was still patrolling the sidelines). Since Knight called it quits, the Red Raiders have made it to the Big Dance just once. They were unceremoniously knocked out in the Round of 64 by Butler. Other than that, it’s been a whole lot of early exits in the Big 12 tournament and the NIT for the Red Raiders.

Despite their lack of winning in the past decade, the program has incrementally trended up in the last two years. New head coach Chris Beard led the Red Raiders to a blistering start last season — winning 11 of their first 12 games. Ultimately, they fell apart once Big 12 play reared its ugly head.

That’s been the story for the last handful of Texas Tech seasons. They race off to a quick start before getting whooped on by the bevy of talented programs in the competitive Big 12.

This year appears to be different, as the Red Raiders have started off conference play with an impressive 9-3 record. Victories over Baylor, West Virginia, and Kansas (in Allen Fieldhouse) are certainly nothing to scoff at. Additionally, two of their losses have already been avenged (Texas and Iowa State). Texas Tech has a chance to avenge a third in Tuesday night’s marquee match-up against Oklahoma.

The Red Raiders have been getting it done on the defensive end. Currently ranked No. 4 nationally in defensive rating, Texas Tech thrives off of creating chaos and turning opponents over. It’s been a team-wide effort thus far. Stud athletes such as Keenan Evans, Zhaire Smith, and Zach Smith anchor a stingy group. Everybody getting minutes for Texas Tech is hyper-active and adept at reading passing lanes. The Red Raiders legitimately relish the opportunity to take charges. As such, the entire roster thrives off of the momentum any defensive stop brings.

On offense, Evans has done a majority of the heavy lifting — though it’s been far from a one-man show. Jarrett Culver, Tommy Hamilton, and Brandone Francis have all been lights out from deep. Collectively, the Red Raiders haven’t had this deep of a roster in years.

The Jayhawks still cannot be counted out. Self has made a living off of making key adjustments. He’s still tinkering with his starting backcourt, and has tried bringing Lagerald Vick off the bench (with varied results). The recent losses to Oklahoma State (at home) and Baylor are concerning, but the Jayhawks remain one of the most talented teams in the Big 12. They also have a stronger pedigree when compared to their contemporaries.

With an impending match-up between both schools scheduled for February 24th, it will be interesting to see how each program holds up in the interim. For the Jayhawks, the chase for the Big 12 title is just another day at the office. For Texas Tech, this recent string of success has the program in uncharted territory. The strong start gives the Red Raiders a chance to stake their claim on the national landscape.