Day one of the 2017 NCAA Tournament certainly did not disappoint.

Here are five things we learned from the first day of action:

1. Florida and Virginia are better than people thought

Both the Gators and the Cavaliers were viewed by many people as potential lower seeds to get upset on the opening day. Florida in particular garnered very little respect by multiple media pundits.

After leading by one at halftime versus East Tennessee, the Gators went on a huge run — ultimately blowing out the Buccaneers by a score of 80-65. Forward Devin Robinson was the star of the show for the Gators. The 6’8″ junior scored 24 points on 10-of-17 shooting. He also chipped in two blocks and seven rebounds.

Virginia was down at one point by 15 to UNC Wilmington. However, the Cavaliers stormed back on the poise of senior point guard London Perrantes. The Los Angeles native scored 24 on 9-of-14 from the field. Guard Marial Shayok also contributed with 23 points off of the bench.

Florida’s length, athleticism, and dedication on the defensive side of the ball was very impressive. Duly, Virginia’s ability to come back from a double-digit deficit and not wilt under pressure was equally terrific.

2. Butler will be a tough out in the tournament

The Bulldogs made sure they weren’t victim to an upset on Thursday — as they trounced Winthrop by a score of 76-64. Butler held a 14-point halftime lead, and held the high flying Eagles to only 40.3-percent shooting from the field.

Butler demonstrated why they will be very difficult to beat in the upper part of the South Region. The Bulldogs shot 8-of-19 from three-point range, out-rebounded the Eagles by 15, and held Winthrop 16 points below their season average.

There’s a chance this veteran ball club could meet North Carolina in the Sweet 16. Should this scenario occur, the Tar Heels should not take Butler lightly by any stretch.

3. Most intriguing match-up of Round of 32; Iowa St./Purdue

Nevada and Vermont came up short in their upset bids on Thursday, setting up the 4-seed versus 5-seed game between the Big 12 tournament champion and the Big Ten regular season champion.

Iowa State’s explosive offense was on full display in their double-digit victory over the Wolfpack. The Cyclones jumped out to a 13-point lead at halftime, and ended the game shooting a blistering 55.6-percent from the field.

Purdue struggled early on against the Catamounts, playing a tightly-contested first half. After being eliminated in their first tournament game in the last two years, there was reason to believe that the Boilermakers were facing an early exit yet again. The second half was a different story though. Star forward Caleb Swanigan asserted himself as the best player on the floor, using his size and strength to grab 14 rebounds and chip in with 16 points.

The contrasting styles of Iowa State and Purdue make for a fascinating game on Saturday. The Boilermakers utilize Swanigan, and 7’2″ Isaac Haas as a devastating duo that abuses opponents on the boards. The Cyclones use a 4-guard lineup, with lead guard Monte Morris running an up-tempo style that looks for baskets early in the shot clock.

Both teams are ranked top-30 in the nation in scoring, but do it in completely different ways. It’s a classic match-up of size versus speed, and it’ll be interesting to see which squad is able to make the adjustments and assert their brand of basketball on the game.

The 1-seeds are now 130-0 and counting against 16-seeds after Thursday’s games, but it wasn’t easy. Both Villanova and Gonzaga struggled early on against their 16-seed counterparts, but were able to string together solid second halves to each take home 20-point victories.

The Zags couldn’t get a shot to fall against South Dakota State. They shot just under 40-percent for the game and were a pedestrian 8-for-30 from beyond the arc. National Player of the Year candidate Nigel Williams-Goss struggled to get into a rhythm, ending with just 9 points on 4-for-13 from the field. Even though their defense was locked in from the get go, a 26-point first half performance isn’t all that encouraging for Mark Few’s offense.

After seeing Gonzaga come out flat to start their opening game, you would think that Villanova would be clicking on all cylinders to avoid a poor performance of their own. They may have played even worse. The Wildcats were actually trailing with just seconds left in the first half, but made a basket before the buzzer to take a one-point lead into the break. Tournament hero Kris Jenkins missed all six of his three point attempts and the Wildcats had an uncharacteristic 13 turnovers in the game.

Like previously alluded to, both teams came out much better in the second half, but there is something to be said about a 1-seed that could look that mediocre for the first 20 minutes of the game. Villanova and Gonzaga can’t play like that for much longer with Wisconsin and Northwestern waiting in the wings. While Arizona and Florida State comfortably got through their first round match-ups, their road will only get more difficult as we enter the weekend. Both St Mary’s and Xavier had strong performances in their first game and pose as serious threats to meet up in the Sweet 16 with an upset on Saturday.

The St. Mary’s Gaels have been playing behind the shadow of Gonzaga all year long in the West Coast conference. The Gaels posted an impressive 29-4 with three of those losses handed to them by the Zags. They’re confident that they can play with any team in the tournament, boasting the nation’s 4th best offensive rating and 12th best defensive rating. They do everything exceptionally well on the court; the Gaels shoot at a high efficiency, don’t turn the ball over and play hard nosed defense. Arizona will have to be on top of their game to avoid the upset.

The Seminoles have the challenge of facing off against Trevon Bluiett and the Musketeers. Xavier’s star struggled early in their game against Maryland, but shook off his shooting woes to make seven of his last eight attempts. Bluiett ended the game with 21 points, and along with Sean O’Mara’s 18-point contribution, the Musketeers rolled against Maryland, winning the game 76-65.

O’Mara seemingly has come out of nowhere in the second half of the season, and has become a huge factor in Xavier’s late season surge after a rough February. If the two major contributors from Xavier can put together another strong performance, a very beatable Florida State squad could be in serious trouble. 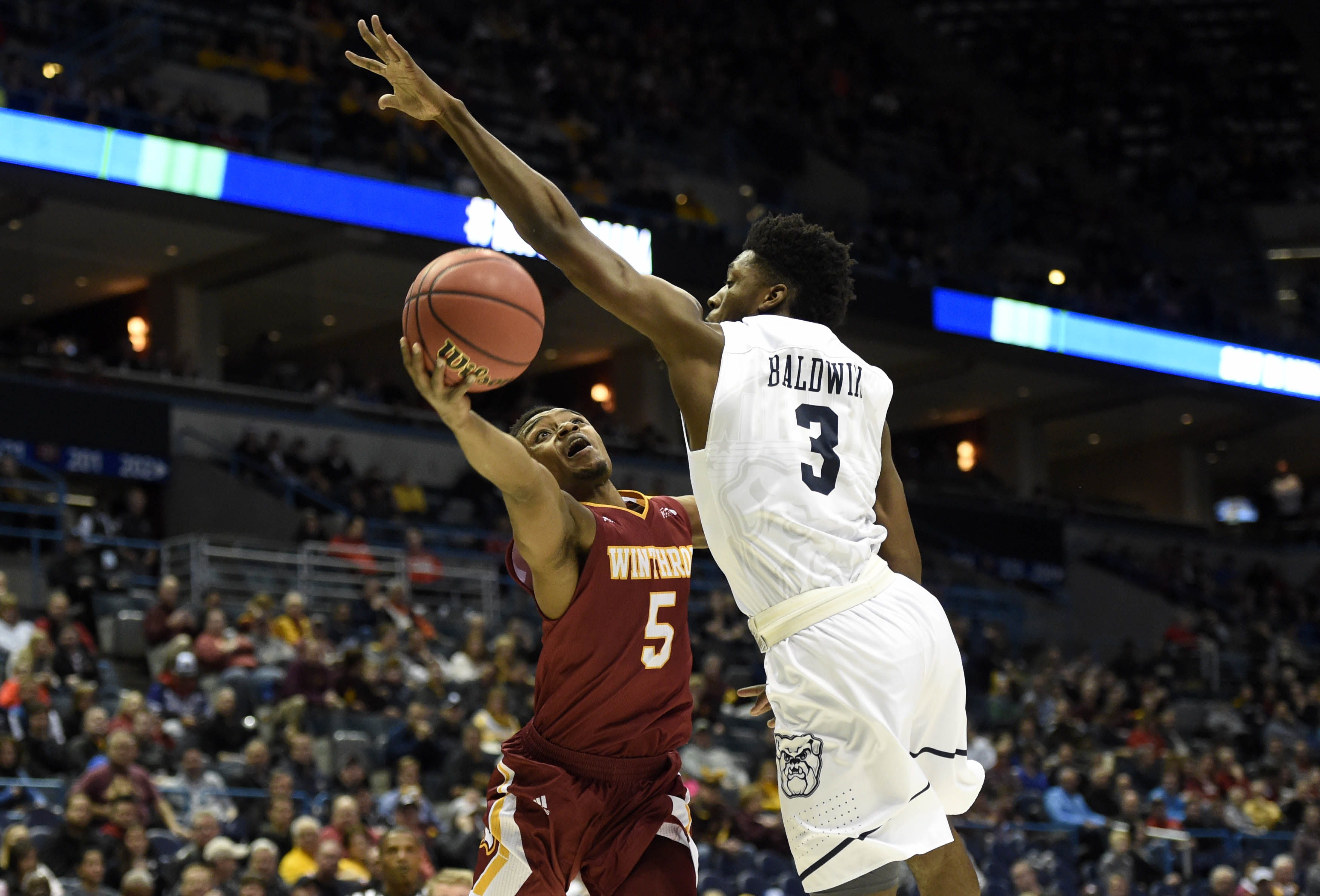